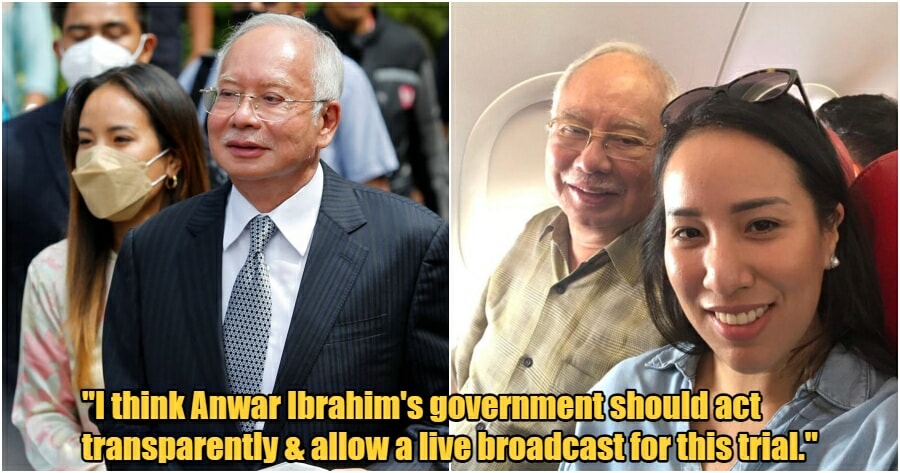 Najib MIGHT go home earlier than expected, and his daughter Yana Najib made sure to remind Malaysians about it as his judicial review is expected to take place next January.

However, Yana is asking for one more thing, and this time, her request was directed toward Prime Minister Datuk Seri Anwar Ibrahim.

Live broadcast of the trial

In her Facebook post last night (December 9), Yana said that her father has always asked for a live broadcast of his trial so that the public knows everything that’s going on inside the court.

His upcoming judicial review, which is slated to take place on January 19, 2023, matters to the family as it is the former Prime Minister’s last chance to go home early, not 12 years later. 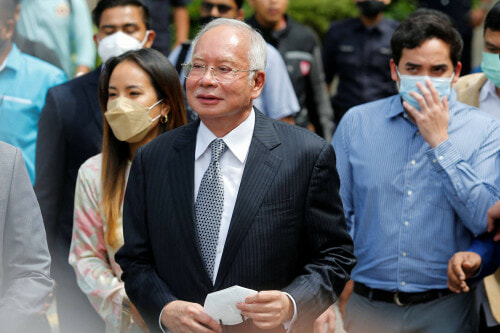 “I think Anwar Ibrahim’s government should act transparently and allow a live broadcast of this trial via online streaming,” Yana said.

She also shared a screenshot of a headline that revealed a petition for a live broadcast for Najib’s trial has reached up to 35,000 signatures. At the end of her post, Yana asked if everyone agrees with her suggestion, and here’s what most people thought.

With more than 1,000 likes and nearly 300 comments at the time of writing, many Malaysians expressed their agreement about the live broadcast of Najib’s trial, and some also prayed for his victory in the upcoming judicial review.

“Yes! Link to the petition please.”

“Bossku lives! Whatever happens, we’ve got your back, bossku. The BRIM money that you have given me, I’ve used it for my business, which has improved,” said another user. 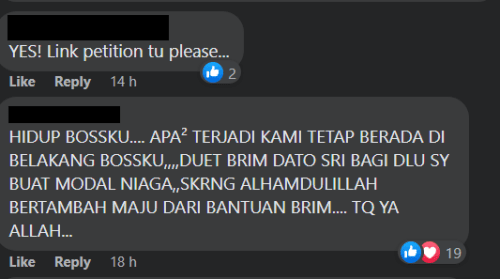 In the meantime, more Malaysians voiced out their hope to see Najib wins the trial and go home early.

“May God bless Najib with victory, and may the trial go live so that the rakyat can understand.”

“1000% agreed. Live broadcast without any constraint, free from political threats and pressures, all evidence has to be present for the sake of a fair trial. There are too many professional liars who don’t want to see Najib goes free,” said a user. 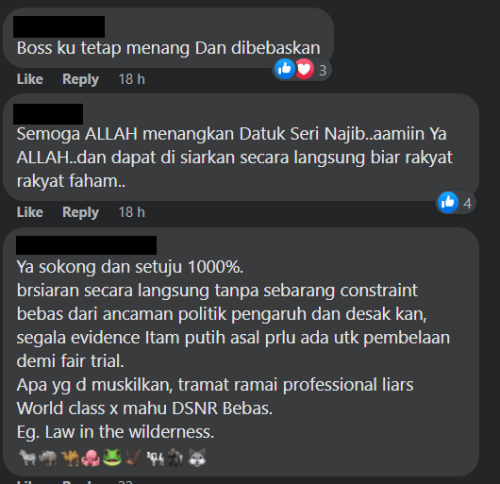 Another user, “Agreed. Najib should’ve been given as many chances as possible to clear his name, not just in the court but also in the media.”

“I’m with this. We can watch the trial live, just like Johnny Depp’s case.”

While Najib and his family await the judicial review, do you think it’s wise for the court to broadcast the trial live? In the meantime, do you think the former Prime Minister will go home earlier?

Also read: Yana Najib: Daddy Loves The Rakyat More Than His Family, Talked About The Rakyat Even Before Prison 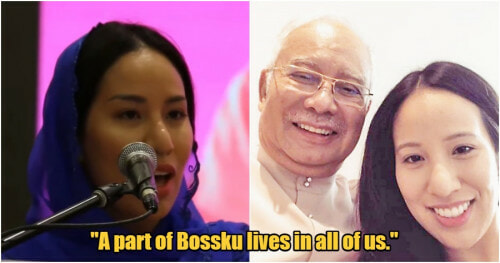