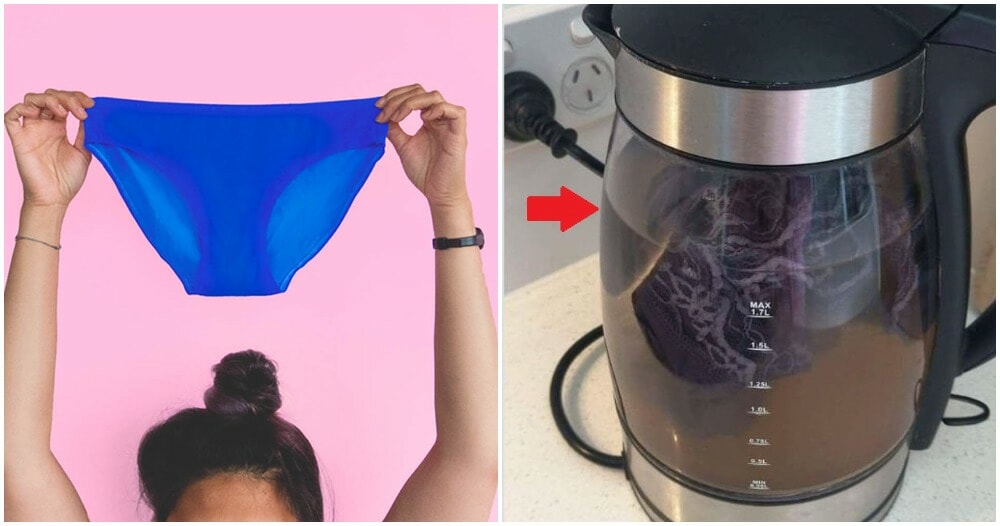 When we Malaysians go on holidays, we like to fully utilise the amenities given by the hotel! However, this woman took the whole cake by doing something so disgusting that we’re actually scarred for life.

On 9th August, Daily Mail reported that an anonymous woman, believed to be staying in a hotel in Australia or New Zealand, posted a ‘tip’ on Facebook.

It seems that her period suddenly came and she had forgotten to pack underwear. So, she came up with a quick way to wash and disinfect her stained pair by using the hotel kettle. 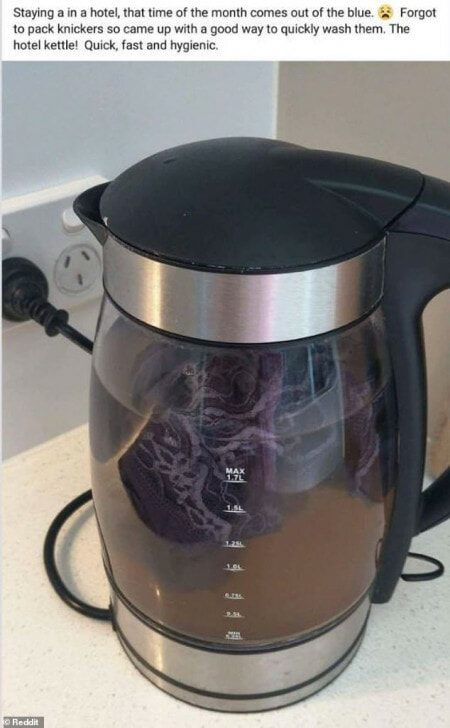 In the Facebook post, she said, “Staying in a hotel, that time of the month came out of the blue. Forgot to pack knickers (panties) so came up with a good way to quickly wash them. The hotel kettle! Quick, fast and hygienic.” UMM EWWW?

One netizen said wondered how she forgot her underwear and said that she’d rather buy more than do what that lady had done.

Another netizen said that washing the stained underwear in the sink with some soap would have sufficed.

Someone else commented and said that they like how she thinks she’s being clever like #lifehacks. Irony detected!

And some are just utterly disgusted and said that they are not going to touch hotel kettles anymore.

An expert has actually commented on this issue by saying that it is super, super, super gross.

Dr Heather Hendrickson, a lecturer in Molecular Biosciences at Massey University, Auckland explained that boiling helps remove most microorganisms but some bacteria form spores are highly resistant to anything other than 120°C and high pressure for prolonged periods of time. 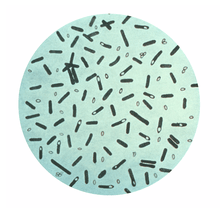 These don’t cause sickness if they are consumed, but their presence in certain environments can encourage them to produce a toxin that can be deadly.

She also asked for people to be respectful of others and not to clean your underwear in the kettle.

Ewwwww! We are definitely not touching hotel kettles anymore! T__T 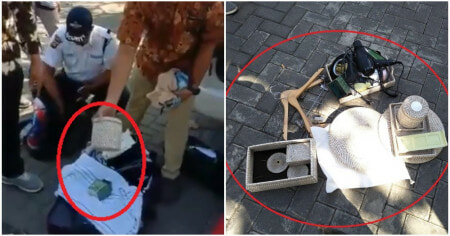