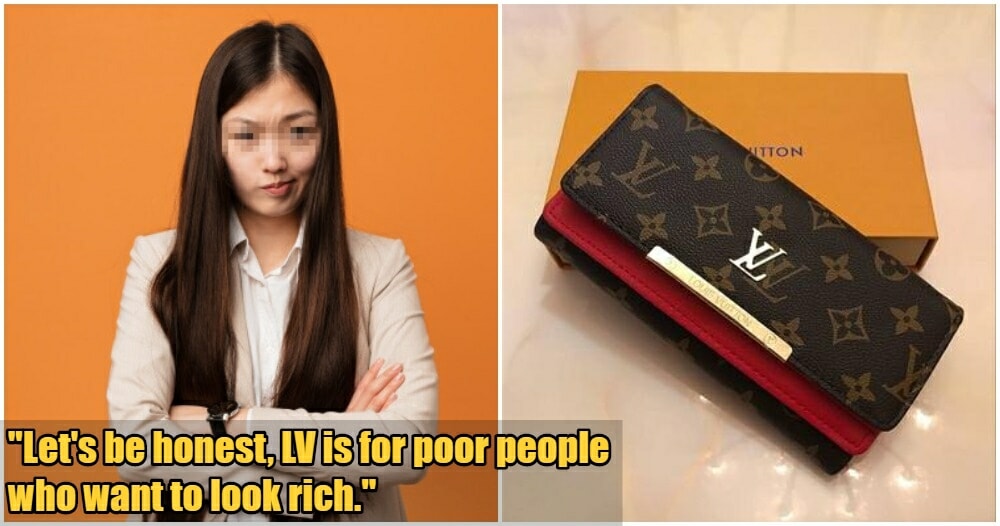 We all love receiving gifts no matter how big, small, cheap or expensive they are. However, this woman in Singapore doesn’t think so.

On 26th May, a confession post on the NUS Whispers Facebook page went viral with 3,900 shares for its scandalous nature. The post details a rant from a woman who feels like she’s a loser because her boyfriend doesn’t spend as much money on her as compared to her sister’s boyfriend who spends lavishly on her sister. Let’s dive right in.

She started off by saying that it was her birthday recently and as a present, her boyfriend bought her a Louis Vuitton wallet worth SGD700 (RM2,157).

“When I saw the wallet, I felt really upset and disappointed.”

She explains that her sentiments were because her sister has gotten an SGD1,000 (RM3,081) Chanel wallet for her birthday! Uh-oh, the kiasu is showing!

“Let’s be honest, LV is for poor people who want to look rich. Chanel is so much nicer than LV.”

If you still don’t think that she’s entitled then what she’s about to say will strengthen that point.

She ends her post dramatically and says that due to all these comparisons, she feels like a loser because she could not find a “good” boyfriend.

“Just because she is taller and slimmer, she can find a good boyfriend. It’s so unfair.”

What do you think about this? Also, is it normal practice for boyfriends to give their girlfriend allowances or is this just a Singaporean thing? Let us know in the comments!