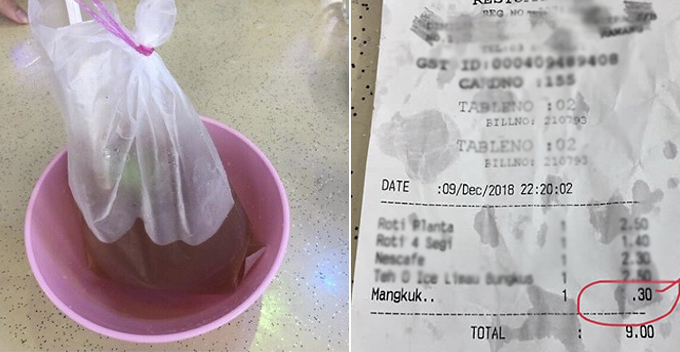 Hello pulis, is this even legal?

Earlier this month (9 December), a female netizen requested a bowl from the shop to put her teh o’ ice limau bungkus and she ended up getting charged RM0.30 for the bowl. This rather ridiculous incident happened at a mamak restaurant in Rawang, Selangor. 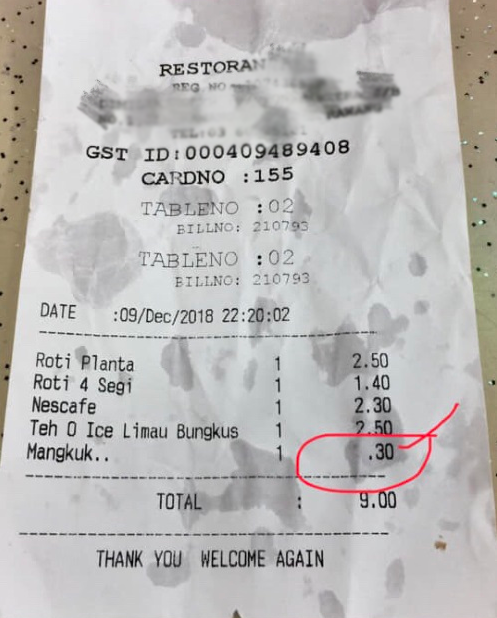 Just because she can afford the RM0.30 doesn’t mean she should be charged for it! Baffled by the extra charge, she shared the incident on social media to seek the public’s opinion. She even attached the receipt showing she was charged for:

According to Sinchew, the lady had requested for an extra bowl because she wanted to securely place her ikat tepi drink inside while enjoying her roti. 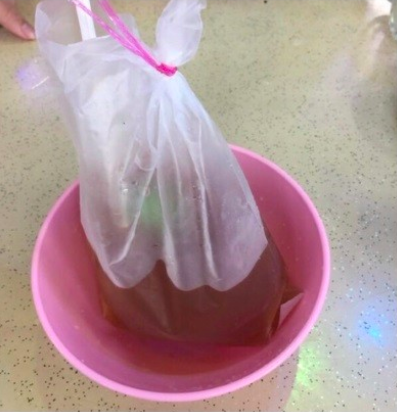 To find out if the restaurant had breached any law, reporters from Sinchew contacted KPDNKK Hulu Selangor branch and the spokesperson said he needed to refer to headquarters first because such a case is unheard of.

“This case is very different (from the others) because although the consumer had ordered a takeaway, she still utilised resources from the restaurant. As such, it’s hard to judge the case with existing law.”

He urged the consumer to lodge a report to the authorities so that a case can be opened. If the restaurant was found to have violated any laws, actions will be taken.

Hmm, what do you guys think about this issue? Let us know in the comments!

Also read: M’sian Family Served Meal Worth RM17.90 at Theme Park, Only Gets “3 Cubes of Chicken” 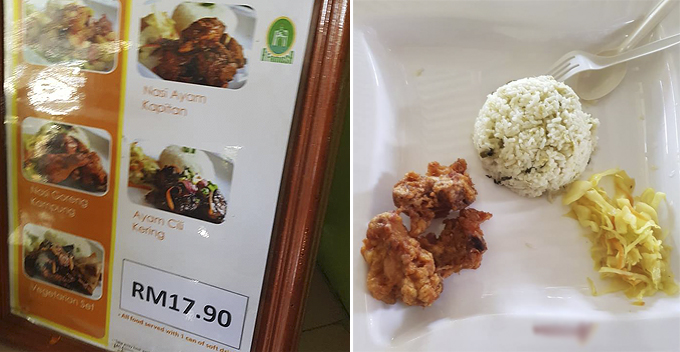