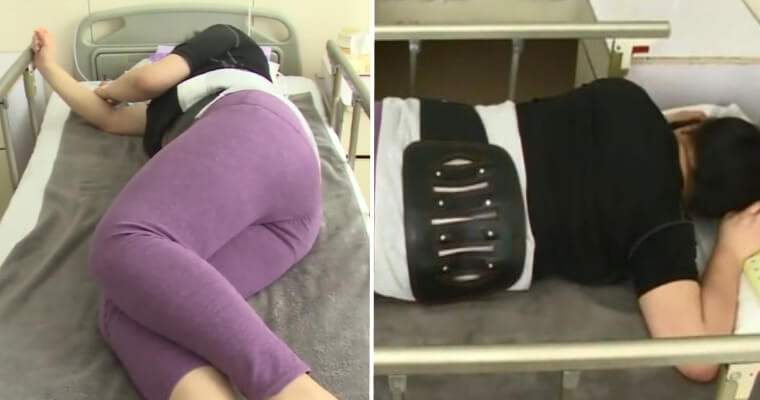 If you’re like most Malaysians, then you definitely love good food, but probably not as much as this lady from Heilongjiang, China who almost broke her back for it. In a report by Sin Chew Daily, the woman in her 20s suffered a slipped disc in her lower back after some extreme weight gain.

The woman claimed the injury was caused by her husband’s “amazing” cooking.

“My husband’s cooking is really good, and for the last two years, he only cooked meat dishes,” the woman said.

“I was about 60 to 65 kilograms before we got married, but now I’m 100 kilograms… I gained nearly 40 kilograms in two years,” she admitted. Her husband, on the other hand, only gained five kilograms over the same period of time.

The excessive weight gain caused the woman to develop a herniated lumbar disc, a spinal injury in her lower back. Despite the name, the spinal disc does not move, instead, it means the gel-like material inside the disc had “slipped” out.

According to reports, the woman had not been exercising as well. In a Pear Video, she shares that she has a generally sedentary lifestyle, sitting for prolonged periods at work. “I usually only go to work, and my husband fetches me to and from my office,” she said, adding that walking became difficult for her as her legs would hurt. “I couldn’t straighten my back anymore… I had to squat and rest every three or five steps I took,” she revealed.

In the video, she is seen lying on the hospital bed both on her stomach, and in a fetal position, both positions that are medically proven to bring relief to the spine. 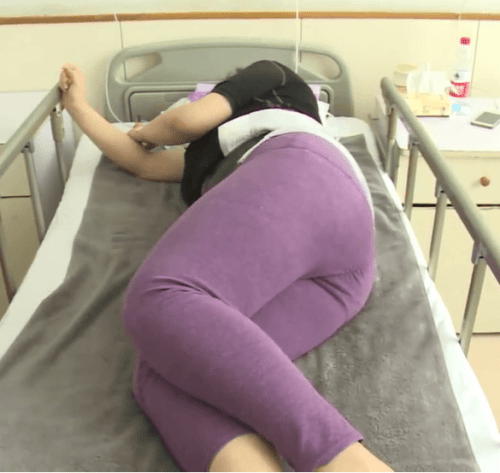 According to Healthline, individuals who are overweight have an increased risk of slipped discs, as their spine has to support the additional weight. A sedentary lifestyle also contributes to this issue as the muscles weaken due to disuse and poor sitting posture exacerbates the issue.

Despite it all, the woman said she had been trying to lose weight. “Every time I’ve told my husband I should lose weight, he just cooked more good food for me,” she lamented.

A supportive waist guard has been placed on her and she is currently receiving treatment for her condition. Doctors have reminded readers to exercise regularly and spend time taking short walks if your work requires long hours of sitting.

You can watch the full video on Pear Video.

Yikes! We wish the lady a quick and speedy recovery! For the rest of you guys, always remember that health is wealth. 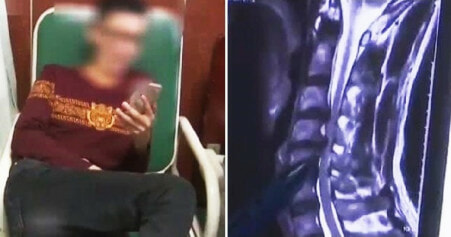