If you think this is a run-of-the-mill story then you might want to think again. Infidelity seems to be unfortunately really common in this day and age, but then again, maybe we’re just more aware of cases like this thanks to social media. In any case, this complicated drama burst became public knowledge thanks to this cry for advice to a newspaper.

“I’ve been having hot sex with my married colleague and I want him to leave his wife.”

That’s the confession of a 25-year-old woman (A) about her 28-year-old colleague (B) on The Sun. She said they met 3 years ago when they were young, free and single. She added, “Our sex life was amazing — it was any time, anywhere. It was all so exciting and thrilling.”

They even talked about having a future together, so they thought they would save up for their own place first.

Now, you might be wondering if this was a three-year affair being carried out behind B’s wife’s back, but the story gets even more complicated after that. Another girl (C) joined their office later on, and that girl was really hooked onto B. Obviously, this was cause for more drama, as A detailed in her agony aunt letter. A said:

“I told her to back off but she gave me a load of abuse and said he was a free agent.”

C kept sending B flirty messages and he laughed about it at times. Eventually, he agreed to go out drinking with her one night. C then got B REALLY drunk and they proceeded to have sex, which B immediately regretted. A few weeks later, C announced that she was pregnant.

C’s family then got involved in this whole thing and basically forced B to marry her. A month later, C said that it was a false alarm and that she was not in fact pregnant.

“He is miserable, she is not his type, very common and loud-mouthed. We meet whenever we can and she knows he is still seeing me and having sex with me. B really wants to leave her but her family is quite dodgy and is often involved with the police. God knows what they’ll do to him if he divorces her.”

And that’s the end of the confession. For those who had trouble keeping up, A and B are co-workers who had been in a semi-serious relationship till C came into the picture, and convinced B to sleep with her after a night of heavy drinking. She then claimed she was pregnant, but after B was forced to marry her, she said she actually wasn’t.

We sure hope that nothing major has happened as it’s kind of sad to see people trapped in these kinds of situations. What do you guys think?

Also read: Man Kena Kantoi After Wife Sees Saman Photo of Him With Another Woman on Bike 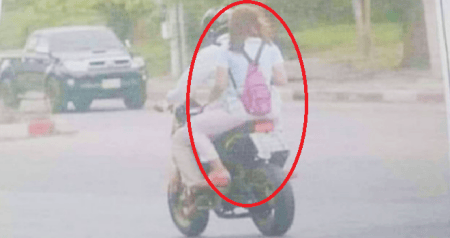