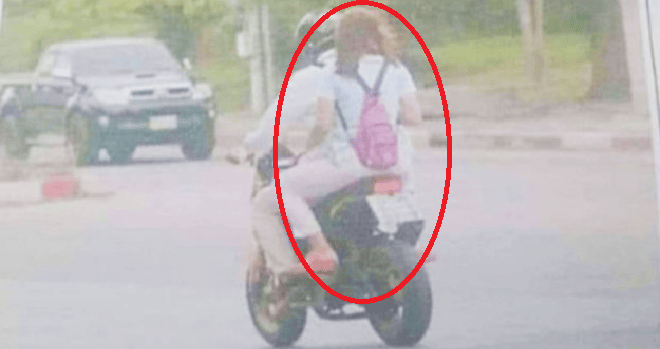 Receiving a traffic summons is something we all dread and fear, but when this man received one in the mail, it came with something rather unexpected. Based on a Thai social media post that has since been deleted, a picture has been going viral. 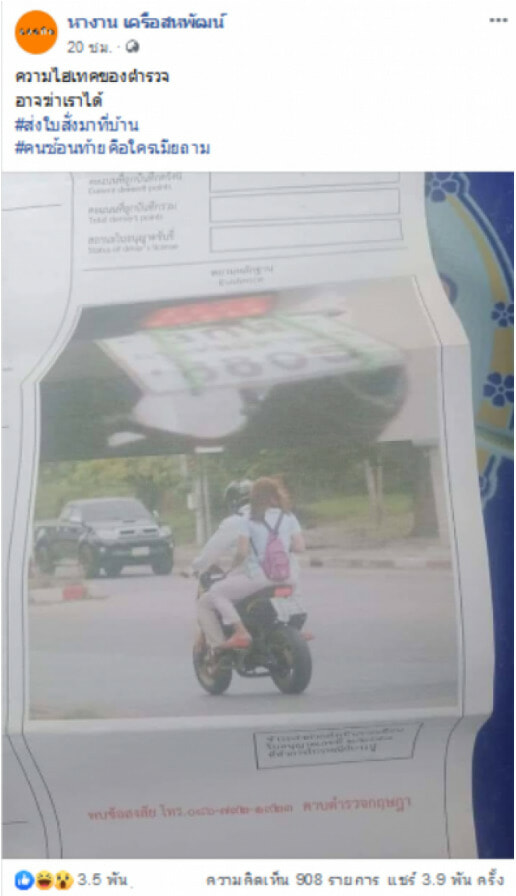 According to Siam Variety, the traffic summons was sent to the man’s house along with photo evidence of the infraction. His wife was at home at that time and she was the one who opened the summons, which showed her husband riding his motorcycle with a helmet – but what surprised the wife the most was the female passenger, who wasn’t wearing a helmet.

They looked rather cosy together but upon further scrutiny, the wife realised that the woman in the picture was not her. Add that to the fact that the man had received the summons because his passenger was not wearing a helmet, and it’s not looking good for the man. His wife also doesn’t know who exactly the female passenger is, and the situation looks highly suspicious. Uh oh! 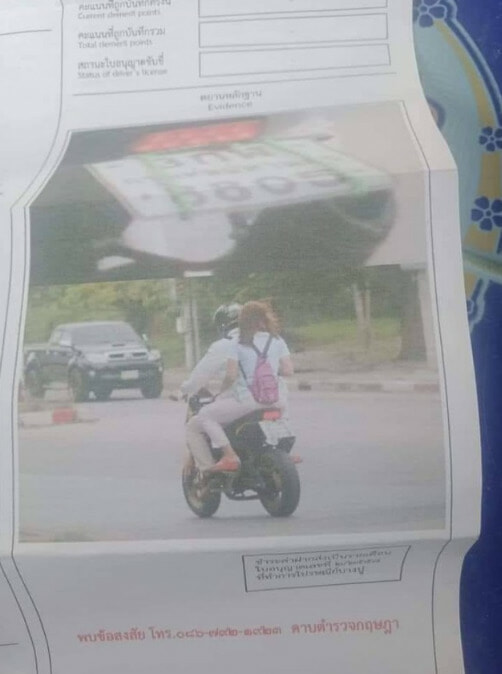 The post said that the wife then questioned the man about the identity of that mysterious female passenger, but there was no further update about whether the man managed to squirm his way out of that one. Netizens were amused by this, saying that the traffic police’s efficiency might have just wrecked the man’s marriage.

Some of them tried to help him out and said that he should tell his wife he was working as a motor-taxi driver to earn more money and that was one of his passengers. Good luck bro! While there may be a very good explanation behind this (we hope that the man really does have one if he wants to avoid the wrath of his wife), it’s important to note that wearing a helmet could’ve saved the man from a lot of trouble!

Stay safe and wear a helmet when needed, guys! 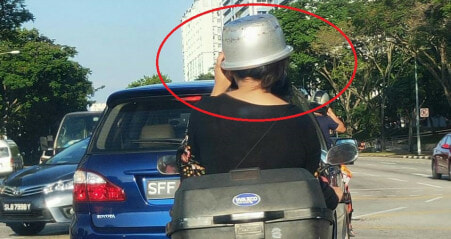