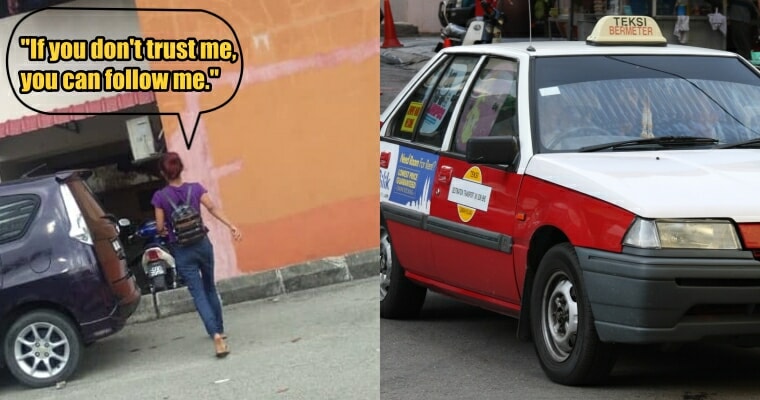 This broke our hearts.

A 58-year-old taxi driver was cheated by his female customer on 31 July. Apparently, the customer asked him to send her to an apartment building in Rawang to ask for the taxi fare from a friend of hers, according to mStar.

After this incident, the driver’s daughter posted on Twitter, describing how her dad got bullied by this customer. 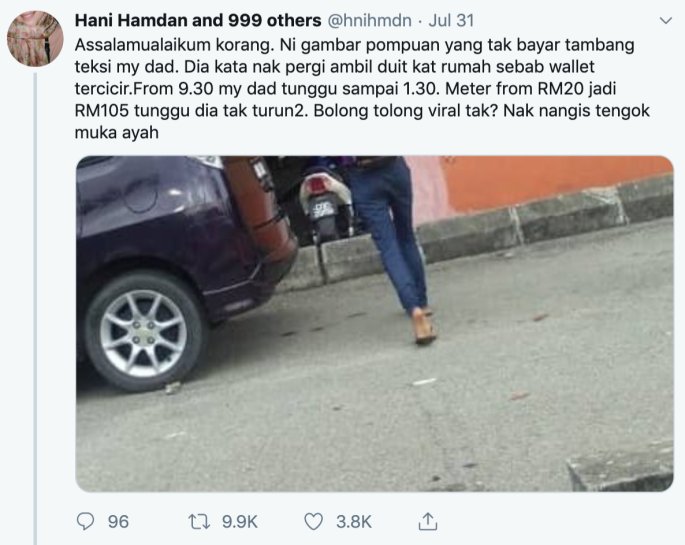 Hamdan said that the customer got into his taxi at a gas station, and while on the way to Rawang, she told him that she lost her wallet at the said gas station. That was when she promised to pay him after she got to her friend’s apartment.

“If you don’t believe me, you can follow me.”

The customer initially promised the driver, Hamdan Talib, to pay her taxi fares as soon as she gets to her destination at Taman Serendah Makmur. But the moment she got off the taxi, Hamdan had a gut feeling that she would not return to pay her fare, which was RM20.75.

After watching her walk away, he left his meter device on, and he also took a photo of the woman. 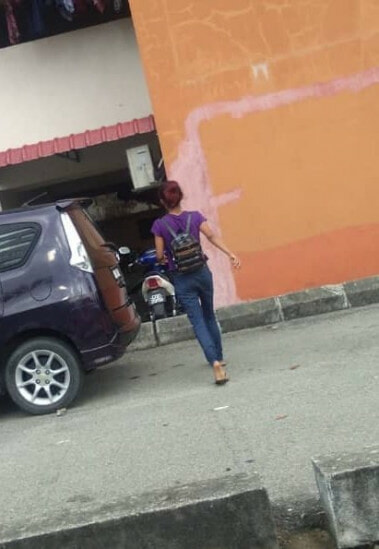 Feeling helpless about his encounter, Hamdan explained that he couldn’t go after her because he has a bad knee, and it would hurt if he walked. How can people treat anyone like this, let alone a pakcik who’s just trying to make a living?! 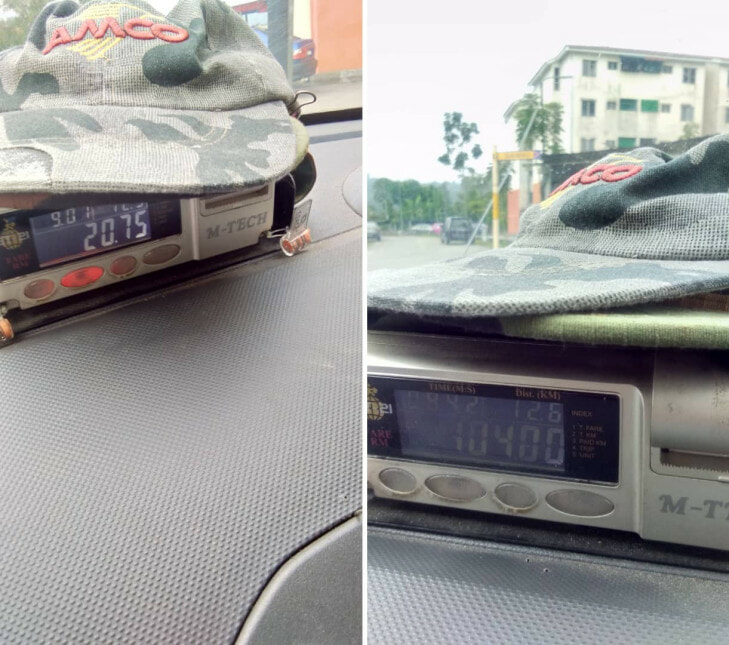 Hamdan’s son visited the flat building, hoping to find the woman who tricked his dad. They also lodged a police report about this incident as well.

The pakcik mentioned that many people DM-ed him to offer to pay the taxi fare, but he declined because he just wanted to share his experience instead of asking for donations. It’s also not his first time being cheated by his customers.

We need to respect people of all professions. If you ask for a service, you pay for it. It’s not that difficult. 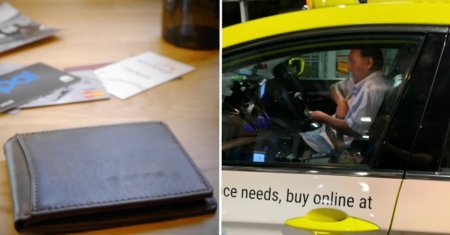