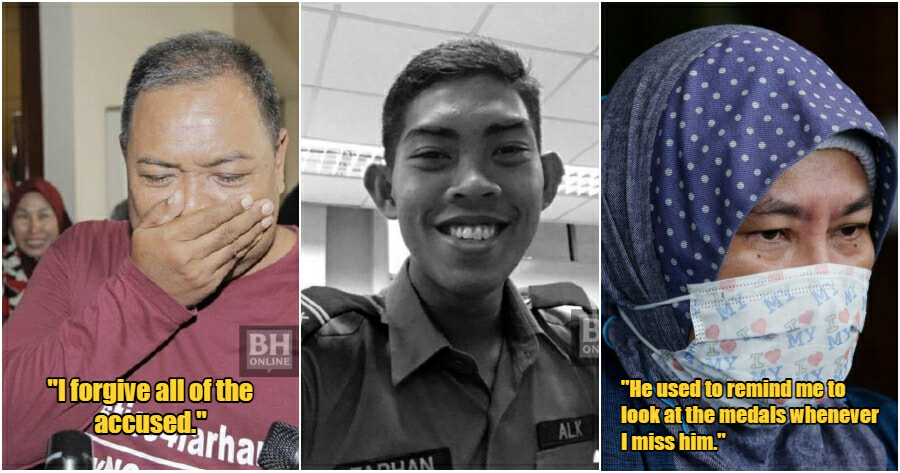 It certainly takes more than courage to forgive someone, especially if the person has wronged you in unimaginable ways. But would you ever forgive someone who robs the life of your loved one?

For Zulkarnain, the father of Zulfarhan Osman who met his demise 4 years ago after being tortured for days over laptop disputes, it certainly wasn’t easy for him to find the courage and forgive the perpetrators for what they had done. His son was only 21.

“I forgive all of the accused. Only with forgiveness, I can feel relieved,” he expressed his feeling following the judgment by the Kuala Lumpur High Court. 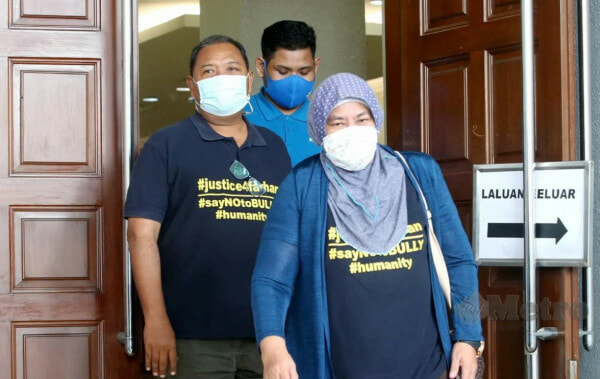 He also took his time to express his gratitude to the judge who heard the case and gave fair punishments to the accused, despite not sentencing them to the death penalty, according to Section 302 Penal Code.

“Honestly, I’m not entirely satisfied to know that they will only be jailed for 18 years,” he added, while also explaining that the prosecutors will file the case to the Court of Appeal soon.

According to Sinar Harian, within these 4 years, only one of the accused families reached out to his wife and him to extend their apologies, while the others have not.  His wife, Hawa, revealed that she often cries whenever she looks at the medals which the deceased placed in front of his bed, as well as reminiscing how his deceased son was always there to bring her anywhere she needed to go.

“He used to remind me to look at those medals whenever I miss him.” 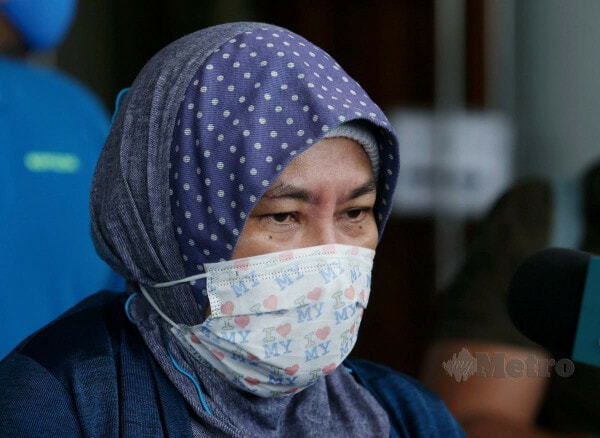 Zulkarnain also said that the accused were given a chance as this is their first offence. His only hope for them is not to fall into any crimes or sins after their release from prison in the future.

Yesterday (2 November), the Kuala Lumpur High Court had sentenced 6 of the accused to 18 years of prison, beginning from the date of their arrest. They were found guilty of causing the unintentional death of Universiti Pertahanan Nasional Malaysia (UPNM) Marine Cadet Officer,  Zulfarhan Osman. 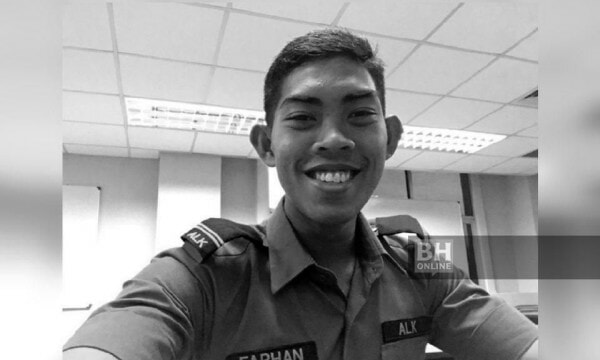 Meanwhile, the 12 other accused were sentenced to 3 years of imprisonment under the charge of being guilty of injuring the deceased. You can listen to the statement of the father here.

The issue of bullying and ragging is not something new, and they certainly shouldn’t be endorsed!

Can you find yourself being this forgiving? Let us know in the comments below! 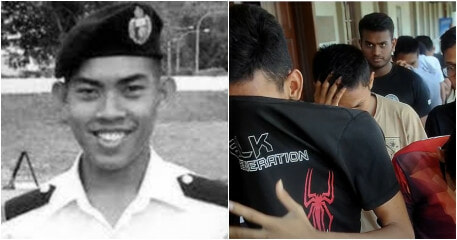