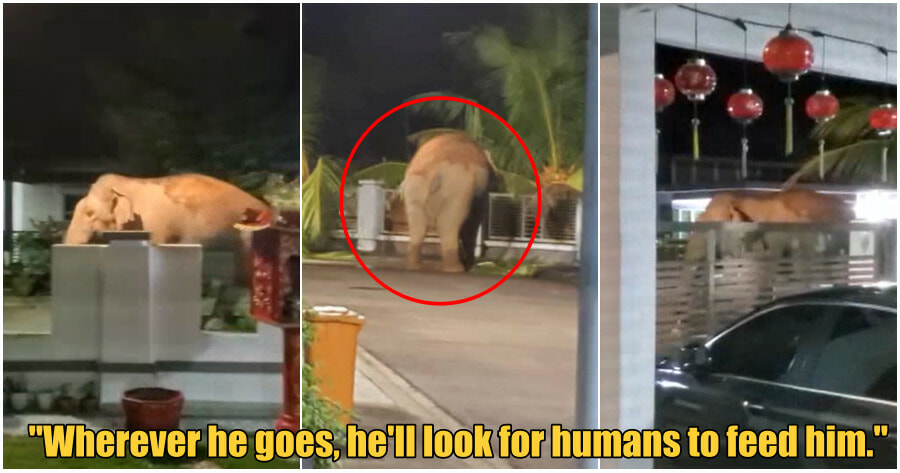 Wild animal sightings have become more and more frequent recently. Just 3-4 weeks ago, a tiger was spotted roaming a stretch of road in Jerantut and a black bear was caught wandering in the paddy fields of Sekinchan.

Last night, a video of a wild elephant taking a night stroll in a residential area in Kluang, Johor has gone viral. 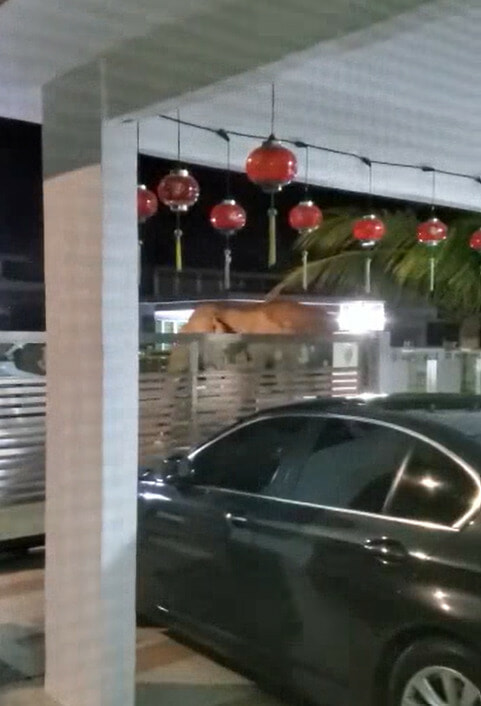 In the video that has been widely circulated, the elephant was walking very near to the grill gates of a house in Impiana Villa, Taman Seri Impian. It is suspected that the gentle giant was just looking for food. 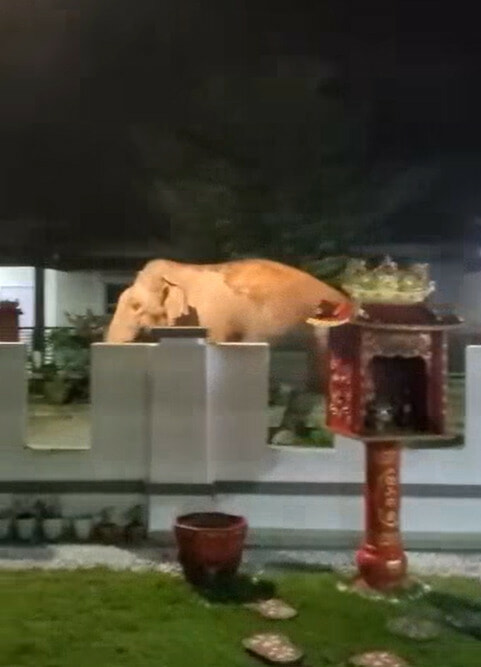 Consequently, many videos of the elephant entering and wandering around the area have surfaced.

Here, the elephant was crossing a road barrier near the KFC traffic light junction at Taman Seri Impian. 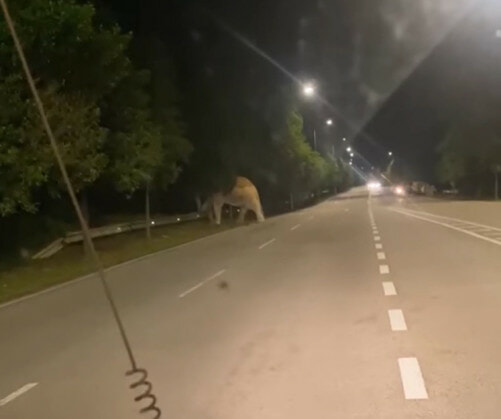 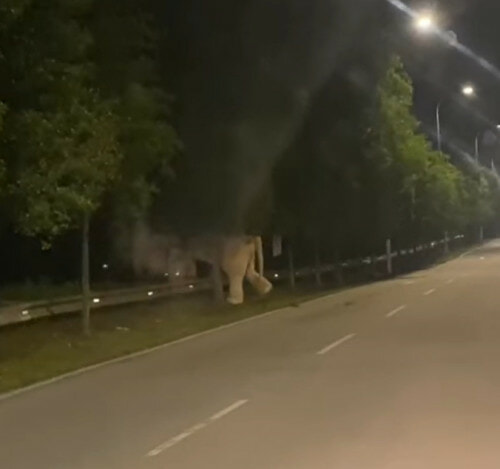 Once in the residential area, the elephant knocked down wire fences and picked at roadside plants as it foraged for food. 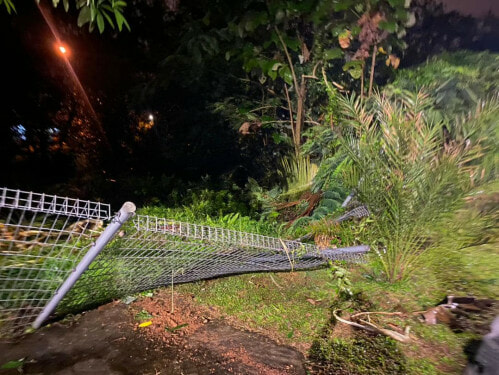 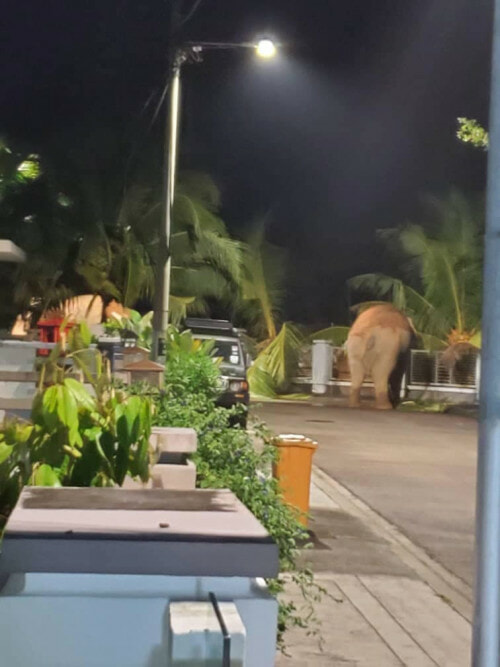 It is alleged that more than one elephant showed up at the housing area. 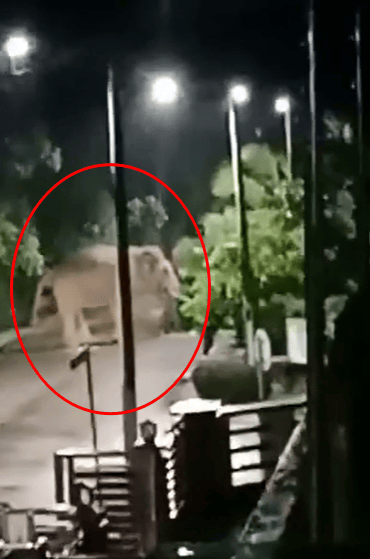 Nonetheless, this should not come as a surprise to residents as elephants have previously been spotted trespassing the area on multiple occasions.

Last month, an elephant was spotted wandering in front of a row of shoplots and in 2020, another was seen roaming about a hospital compound. 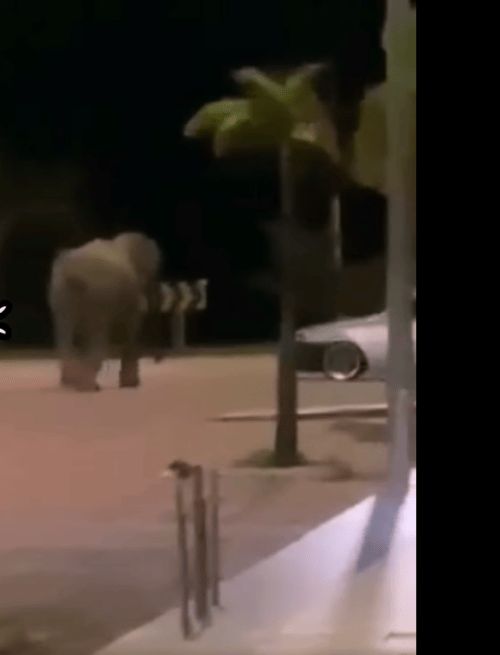 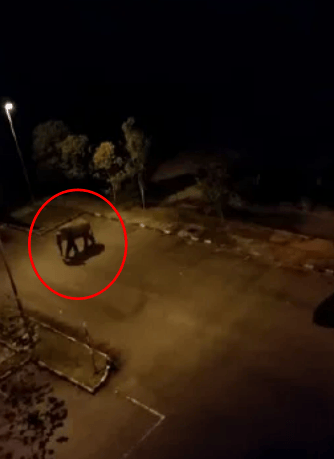 In the comments, netizens feel sorry for the elephants having to suffer the consequences of human greed (read: deforestation and destruction of natural habitats).

“His habitat is gone because of certain parties’ greediness.”

They claim that it could be difficult for some of the elephants to continue surviving in the wild as they have become reliant on the food given to them by people.

“It’s no use moving this kind of elephants. Wherever he goes, he’ll look for humans to feed him.”

Posted by Inforoadblock on Sunday, September 25, 2022

It must have been incredible seeing the elephants so up close, but if they have to lose their homes just for us to temporarily feel awestruck, that does not sound very worth it. 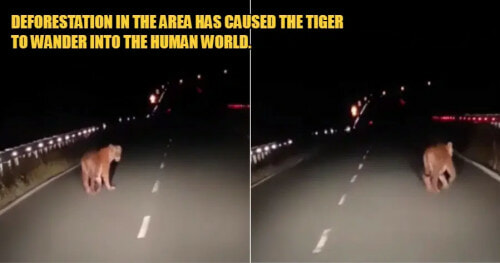