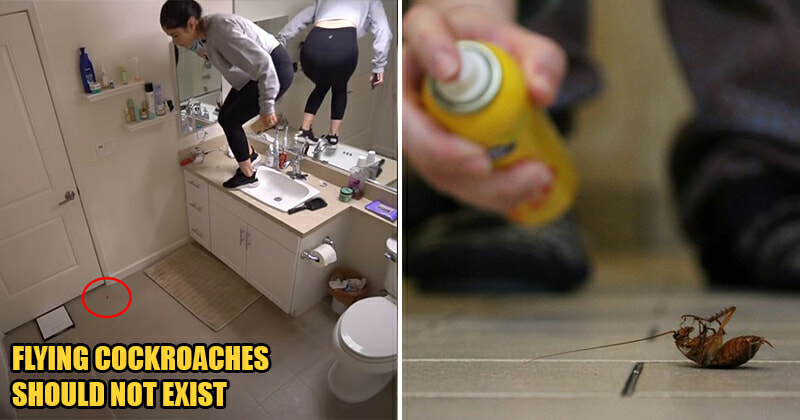 No matter where you are, these little horrors are always there with you. They’re at the mamaks where you hang out, the campus where you study and the cinemas you go to. You’re not even safe at home!

When someone screams “cockroach!” or “lipas!”, chaos erupts. So what makes these creepy little bugs so terrifying? Why do we humans – who are many times bigger than them – fear cockroaches? Well, there are a number of good reasons why:

1. They live in the dark and hide where you least expect them to 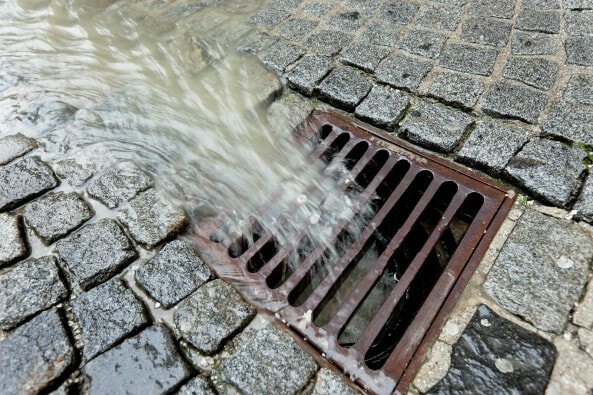 Cockroaches are mostly active at night and usually look for shelter in dark places like drains and sewers during the day.

You know what other dark places they like to hide in? Your clothes and shoes!

Cockroaches are generally quite scared of humans since we are way bigger than they are. But every once in a while, they pop out from some dark corner of the house, or crawl out from the shower drain while you are showering, or worse still, they scurry up your pants thinking it’s a safe spot to hide out in.

2. They carry a ton of diseases which can affect humans as well 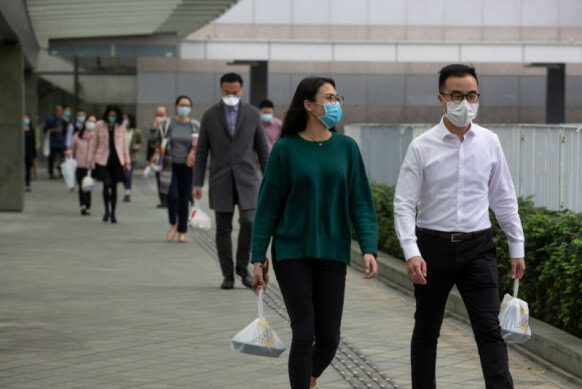 Being creatures that can live in longkangs and also eat poop, cockroaches carry all sorts of diseases and parasites in their bodies.

They eat pretty much everything we eat and also things we don’t eat such as spoiled food, excrement and even carcasses of their own species! With all that filth, it’s no surprise that cockroaches can cause anything from diarrhoea to cholera, to leprosy.

3. They are fast. Disturbingly fast 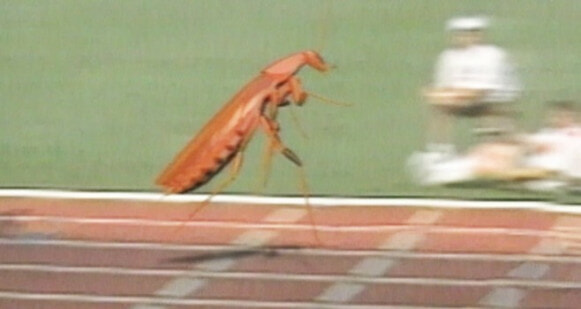 Cockroaches can run about 50 times their own body length per second. That is really fast in terms of proportionate body size. If humans could run that fast, we could cover 320 kilometres in an hour! Just be glad that they’re not the size of dogs.

And let’s not forget that they can stick to ceilings and walls too. There’s literally no escape if a cockroach decides to chase you.

4. They leave behind a bad odour wherever they go 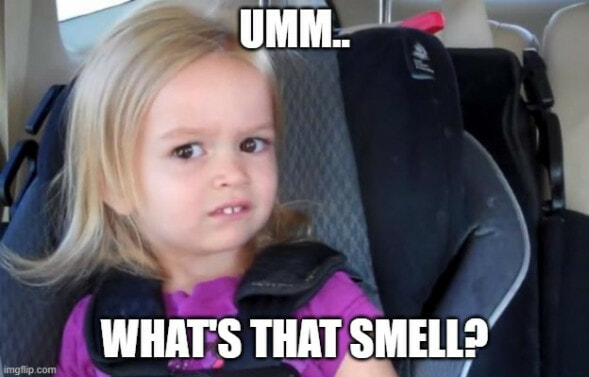 Cockroaches discharge a sickening smell from both their mouths and through the glands on their bodies.

What’s more, this odour they give off actually signals to other cockroaches that they found a good place to nest. That usually means there are more cockroaches around, and you may face an infestation sooner or later if you don’t get pest control to deal with it ASAP.

5. They can live for a few weeks without a head 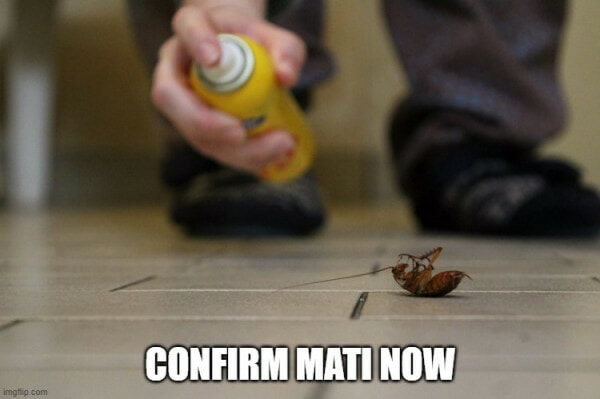 Yes, that’s right, cockroaches can live for a couple of weeks without their heads because they don’t have the same blood pressure system that humans do. Their open circulatory system puts less pressure on the injured area so the wound would just close up instead of bleeding out.

6. Some of them can fly and this is what we Malaysians hate the most 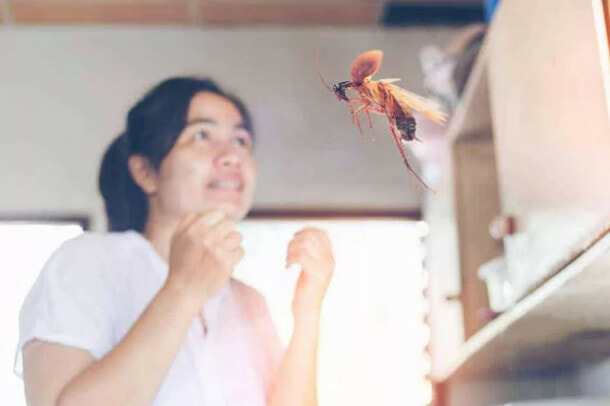 As if all the reasons stated above aren’t bad enough, some cockroaches can actually fly! This is the nightmare fuel of every Malaysian and the number 1 reason we hate these pests as much as we collectively hate other things like diseases and people who claim that their local food is better than Malaysia’s.

That’s a sign that our #Yoonity is, and always will be strong. Speaking of unity, in the spirit of Merdeka (and our shared hatred for cockroaches), Yoodo, Malaysia’s first truly customisable and 100% digital telco has come up with this brand new ad that highlights–in the most unique way–the true meaning of being united. And one thing’s for sure, it’s not your everyday Merdeka ad at all.

The video basically starts off with Malaysians from different backgrounds standing together and being asked one question:

While all of them seemed to agree that Malaysians aren’t united, a surprise guest entered and changed all that. Spoiler alert: our infamous cockroach friend makes an appearance too.

If you want to find out what they said and how the video turned out, watch it here:

What’d we say? It’s not your typical Merdeka ad, right? But it definitely gets the point across!

That’s why, together with Yoodo, we want to celebrate this unity by inviting you to unite as one and sign the “Malaysians Against Lipas Terbang” petition below to ban all flying cockroaches from the country and stop them from plaguing us. Yes, it’s a legit petition, guys!

You can win amazing prizes just by signing this petition too! Click the image below to sign now. 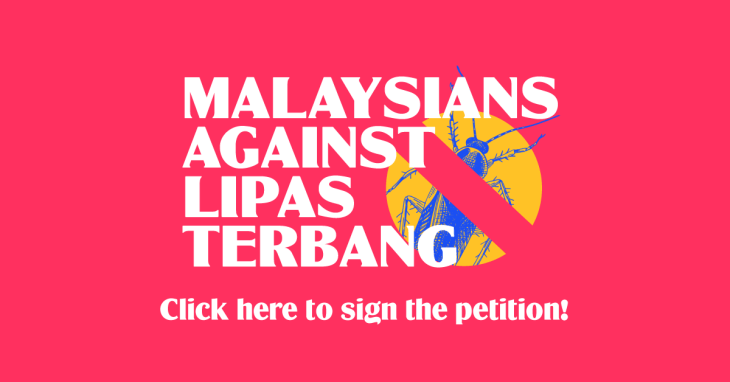 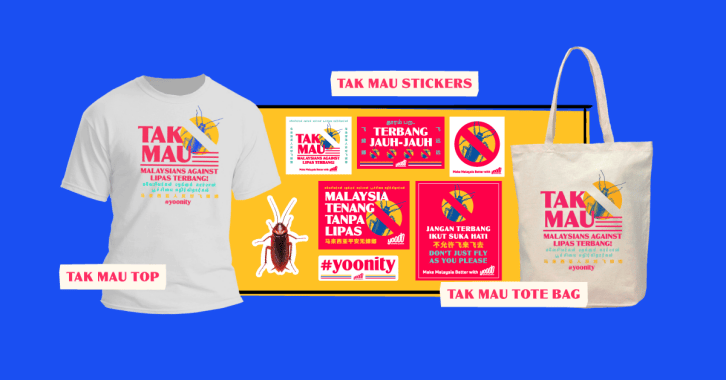 So if you’re passionate about wiping cockroaches out from the face of Malaysia, now’s your chance!

Hold on, there’s more! To celebrate 63 years of independence…

Yoodo is offering a data promotion of 20GB for RM20 only for all new & existing customers so they can enjoy more internet this Merdeka! 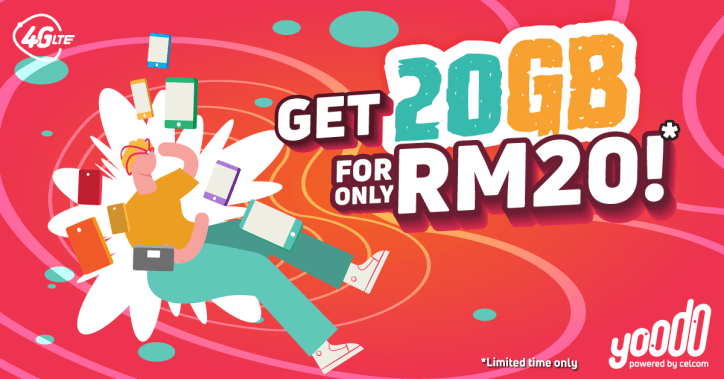 Wow, what a great deal!

Interested to find out more or considering to sign up? Head on over to the Yoodo website or download the Yoodo app on Google Play or Apple App Store to order your FREE SIM today! Customise your data, voice and SMS with Yoodo and get a 5GB activation bonus!