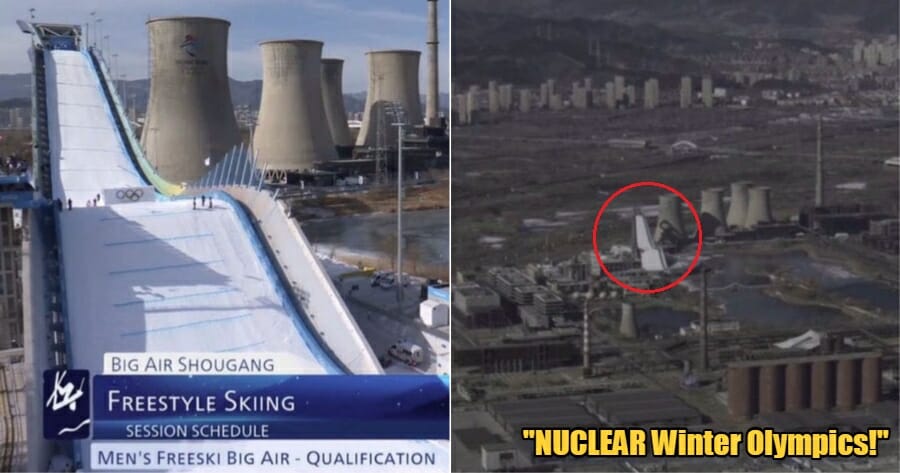 Beijing has become the first city in the entire world to host both a Summer Olympics (2008) and a Winter Olympics (2022), but isn’t what the world is focusing on right now.

Many were shocked to find that the current Winter Olympic events were not taking place in, well, a snowy place.

The Big Air stadium at the Olympics seems to be right next to the Springfield Nuclear Power Plant. pic.twitter.com/5CbedtGu3h

Images have been shared to Twitter showcasing the Big Air Shougang stadium, which was specifically built for the big air events of the Winter Olympics. But, what caught the attention of the world was the fact that the stadium seemed as though it was built right next to what looks like nuclear power plant in a grey, industrial area. 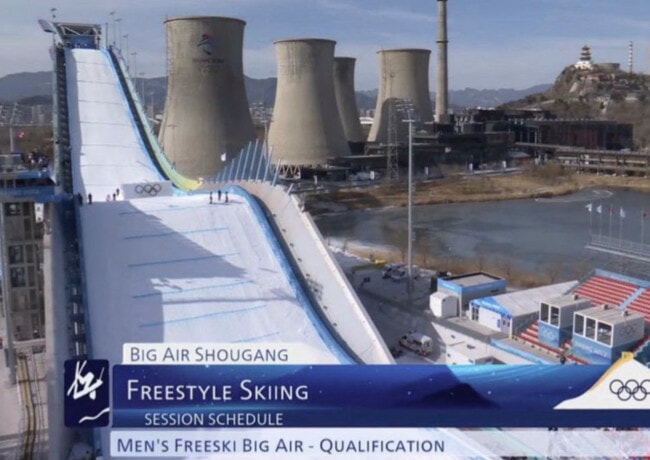 One netizen shared, “While you love to see gorgeous mountainous backdrops in the Olympics, I’m not totally opposed to a kind of urban renewal/modern take on ski events. Does this open up bigger urban venues to host Winter events? Maybe, we’ll see!” 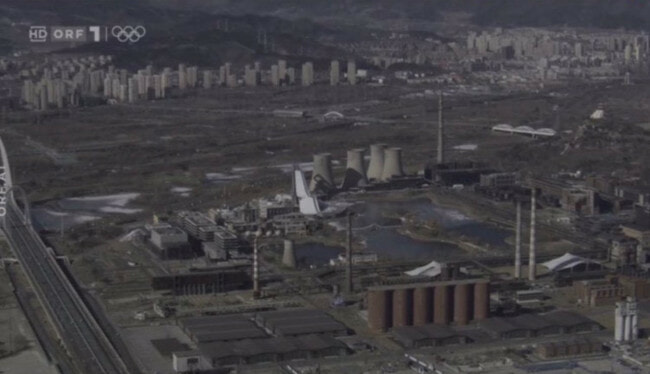 So, what are those structures next to the stadium?

Well, the site isn’t a nuclear power plant but a former steel mill that has been shut down for years. The structures were the steel mill’s furnaces, tall chimney stacks and cooling towers, which now bare the 2022 Winter Olympics logo. 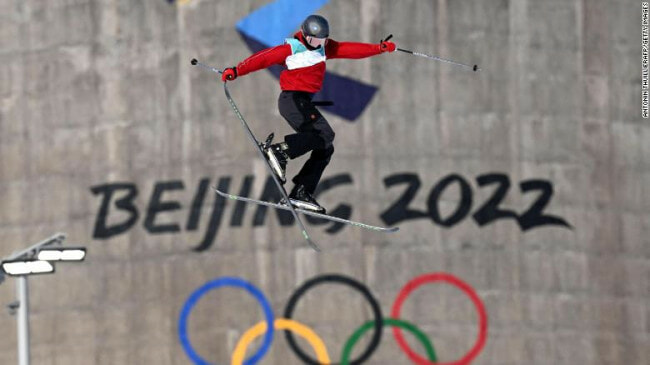 The mill was previously known to be one of the contributors to Beijing’s immensely polluted skies, and is now known as a “Green and Eco Demonstration Area” by their local government.

While the site’s closure was to reduce pollution ahead of the 2008 Beijing Summer Olympics, it isn’t necessarily an ‘eco-friendly’ strategy considering the mill just moved to a different part of the country.

You must also be wondering, if it’s the Winter Olympics, then where’s the snow?

This will, in fact, be the first Winter games to rely almost entirely on fake snow due to global warming. 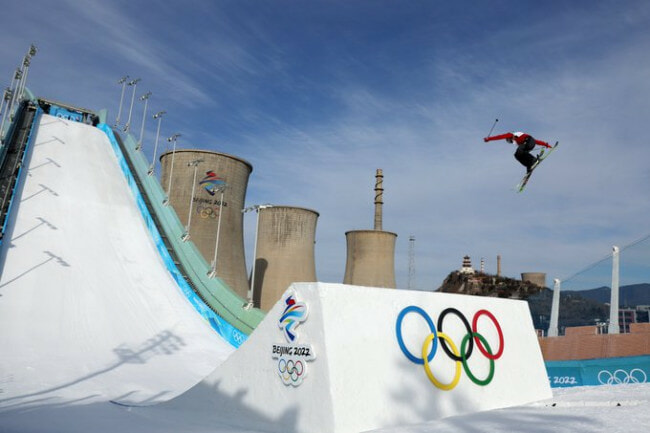 “This is the Winter Olympics in the era of climate breakdown. The first Winter games to rely almost entirely on fake snow. The hills outside of Beijing are snow-free, so 49 million gallons of water and 300 snow guns have been used to create this (fake snow),” XR Cambridge shared.

At this rate, we may soon have to switch the Winter Olympics to the Underwater Olympics considering if climate change continues and if all the ice in the world melts, sea levels will rise by about 70 meters, drowning coastal cities.

Guess it’s time to learn how to swim.

What do you think of the Big Air Shougang stadium’s location? Share your thoughts in the comment section. 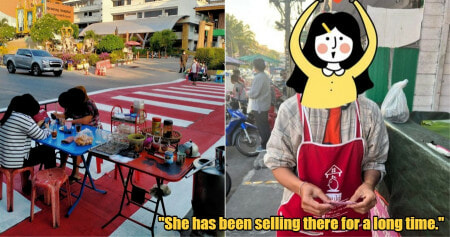