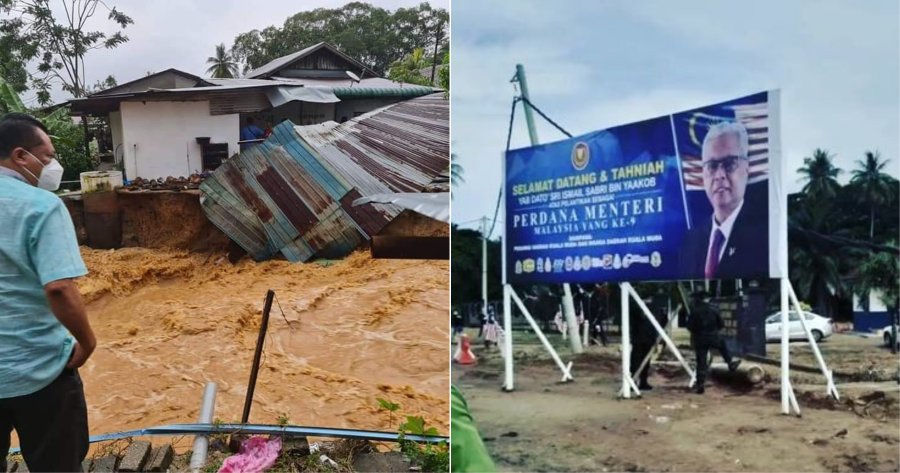 It’s no secret that some parts of Malaysia have been hit with devastating floods, so much so that there are at least 149 people that have been displaced. One of these places is Tupah, Kedah, where four people have died and two are still missing.

Our new Prime Minister, Datuk Seri Ismail Sabri Yaakob, recently paid a visit to Tupah to observe the impact of the flood. But, there was something else that caught everyone’s eyes.

Local comedian and actor, Harith Iskander, took to his Facebook page to showcase a billboard that was erected among the devastation, in an effort to welcome the Prime Minister and the question lies, was that really necessary? 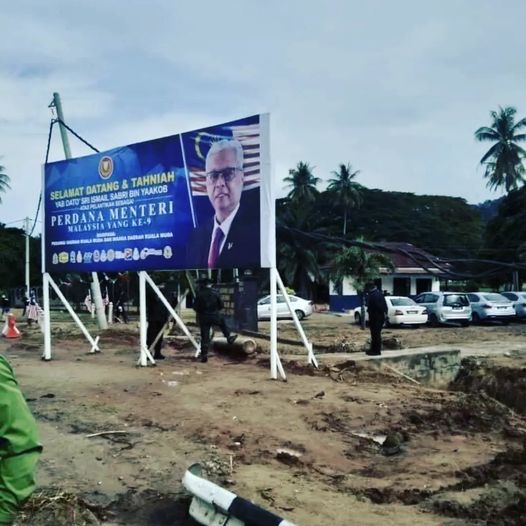 He wrote, “I wonder how I would feel if I went to an area struck by a natural disaster and saw my face plastered on a billboard that had been erected to ‘welcome’ me. (This is in Tupah, Kedah, an area that was hit with devastating floods last week, I believe there have been at least four confirmed dead).”

He went on to explain that this was probably not the Prime Minister’s idea, but it’s something that we need to evaluate.

“I am 100 per cent convinced the PM did not ‘ask for it’ – nobody in their right mind would – but we need to look at the culture and system that results in this waste of public funds (not to mention the lack of taste),”

“We need to change this system and mindset that allows these things to happen. It will take a whole cultural shift and the argument that ‘Eleh, there are billboards with pictures of ADUNs and you never say anything,’ does not hold water. Those billboards were not built during a natural disaster,” he added. 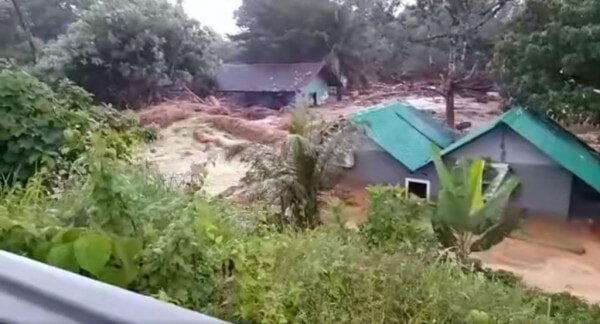 Considering the location is already in ruins, the funds for the billboard could have easily gone to helping clean and fix the damages caused by the flood.

Not to mention, it could have also gone towards helping those who have been displaced.

We genuinely hope that the authorities look into spending public funds with the purpose of actually helping the people. 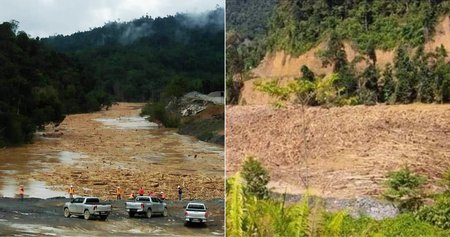