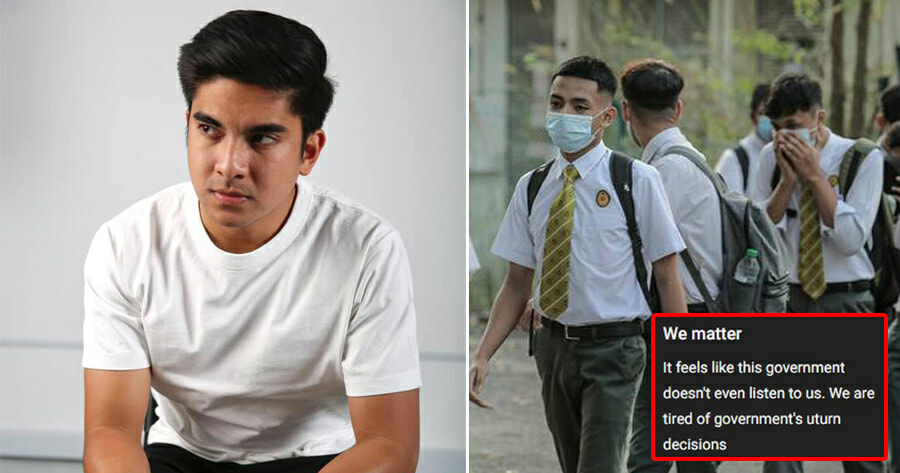 With the Movement Control Order (MCO) implemented in all states in Malaysia except Sarawak due to the continuous increase in Covid-19 cases, there is huge concern for SPM and STPM students who still have to return to school on 20 January and sit for physical examinations despite the SPM trial examinations being cancelled by the Ministry of Education (MOH).

Syed Saddiq, who is a youth advocate, recently gave these students a chance to have their voices heard in an effort to get the MOH to listen to their concerns. This comes after 18 students returning to school hostels in Sabah tested positive for Covid-19.

He opened a platform on Padlet, an online tool that allows participants to post notes on a common page.

In just less than an hour, Syed Saddiq received over 200 responses from SPM and STPM students alike with many expressing their worries about returning to school to sit for their examinations.

“This is what happens when the Minister of Education slips and does not hear the voices of students,” Syed wrote.

“I am truly sad and worried for them. Their voices matter!”

Not long after, the number of responses grew to over 680 with some of the respondents being teachers and parents. At the time of writing, over 1,000 responses have been recorded so far.

Some of the students expressed that it would be unfair for them to be graded during these trying times. 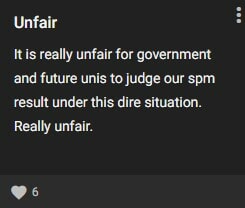 While others felt like they were growing tired of the government’s inconsistent decisions. 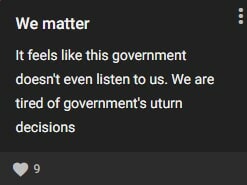 Some even said that their mental health had been affected. 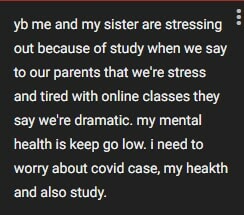 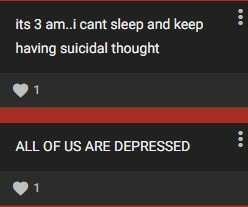 Here are some of the other responses that were submitted: 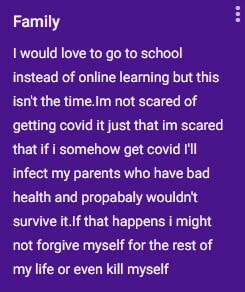 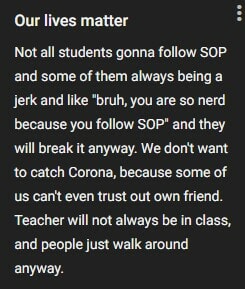 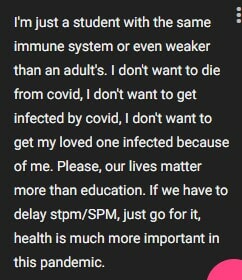 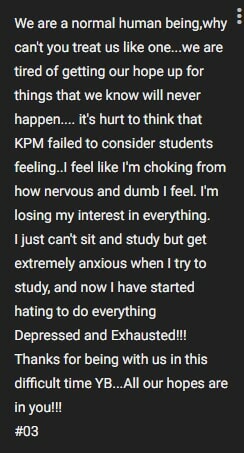 We really hope that the Ministry of Education takes heed to the voices of these students who are the ones that are at risk of contracting Covid-19 by going to physical classes and later by sitting for their examinations. We urge the government to think about the safety and health of the students and their families. #SuaraPelajar

If you’d like to read more of the responses by the students, you can click this link. 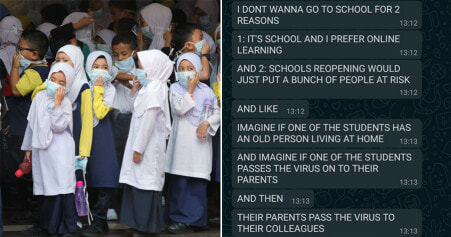