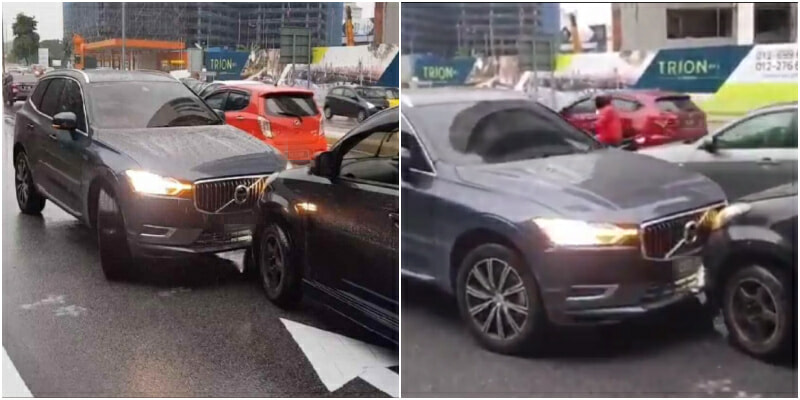 Taking place at Jalan Klang Lama, the video of a Volvo SUV slamming into a Myvi went viral on social media, not only because the SUV driver drove against traffic, but is allegedly under the influence of drugs when doing so.

The incident, which took place around 6.30 pm, saw the SUV driver slamming into an oncoming Myvi. Upon hitting the vehicle, the SUV continued its trajectory, relentlessly hitting the Myvi oblivious to the safety of the lady in the Myvi.

Angry at the sight, several road users helped the lady in need by attempting to stop the SUV driver.

Shouts of ‘stop!’ and instructions for the lady driver to get out of her vehicle, in fear of further mishaps taking place due to the SUV driver’s insistence of not leaving his vehicle, took place during the scene. 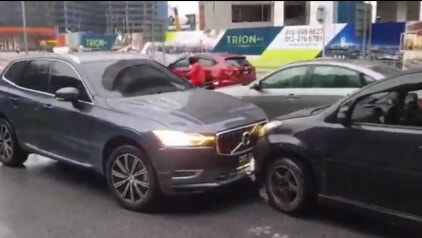 In a follow up, both drivers have been called by the police for investigation at the Kuala Lumpur Traffic Investigation and Enforcement Department.

According to ACP Zulkefly Yahya, the SUV driver’s urine test turned out positive for drugs and the case is now investigated under Section 42(1) of the Road Transport Act 1987 for dangerous driving as well as the Dangerous Drugs Act for drug abuse.

Let’s hope that incidences like this do not repeat itself in the near future. 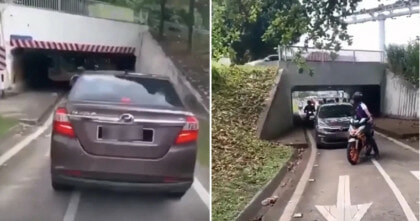