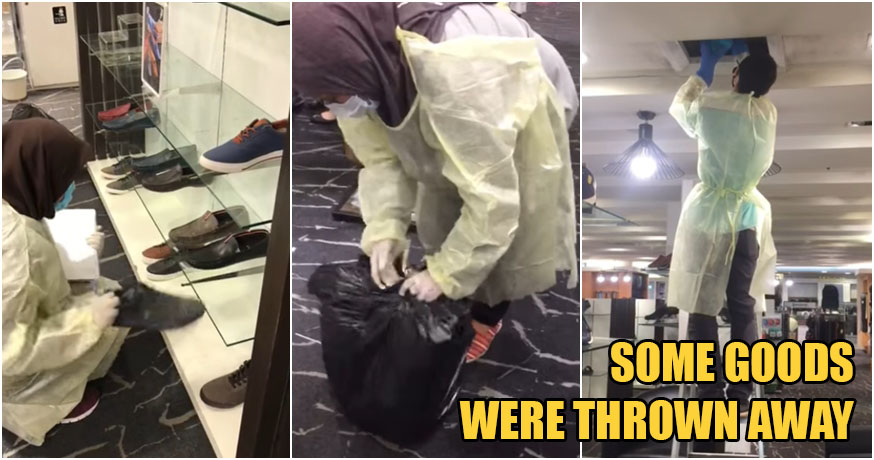 At this point, we’re pretty sure that everyone has seen (or heard of) the viral incident that was recently shared over social media, where a mall employee stumbled upon leather goods on display that had all gone mouldy after two months of MCO. (if you haven’t read about it, click here. But be sure you’re not eating!)

Well, thankfully since that incident happened, mall authorities have taken all the necessary precautions to properly remove, clean or discard the affected merchandise after the photos went viral. It has since been revealed that the store in question belongs to retail department store giant Metrojaya, in Suria Sabah after the department store came forward with a statement on their social media regarding the issue.

A series of videos were also uploaded to show that mall authorities had conducted a series of cleaning works in the affected area, and displayed goods that were affected by the mould have been removed off the shelves completely, before the shelves were wiped clean.

Ventilator units were also seen being thoroughly cleaned to ensure that spores do not remain circulating in the air.

Santa Barbara Polo & Racquet Club, the brand which owns much of the merchandise that was featured in the photos, has also come forward with a statement, saying that merchandise that had mould that was rooted on its surface will be completely thrown away to ensure customer safety. 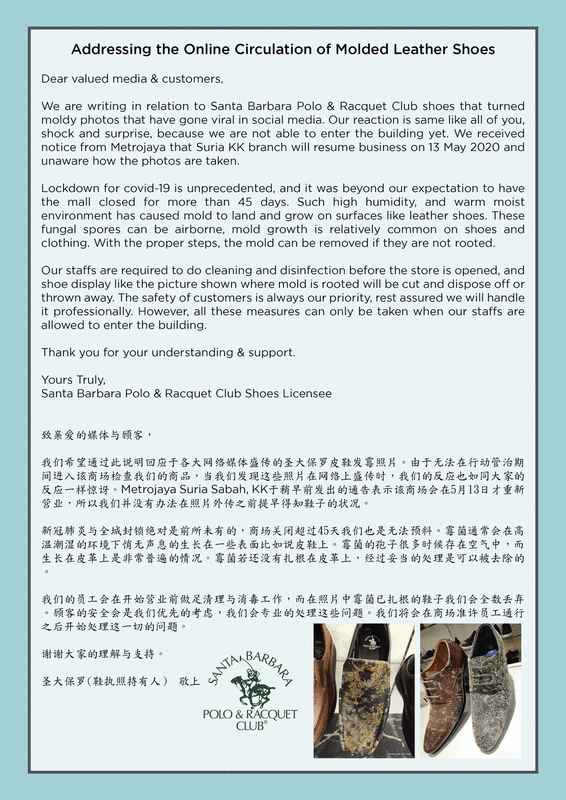 They have also posited that the mould accumulation had likely grown due to a combination of humidity, heat, and fungal spores in the air.

Well, thank goodness that this issue has been promptly resolved! We’re glad to see that the mall has taken all the necessary measures to ensure that everyone stays safe when they reopen for business!