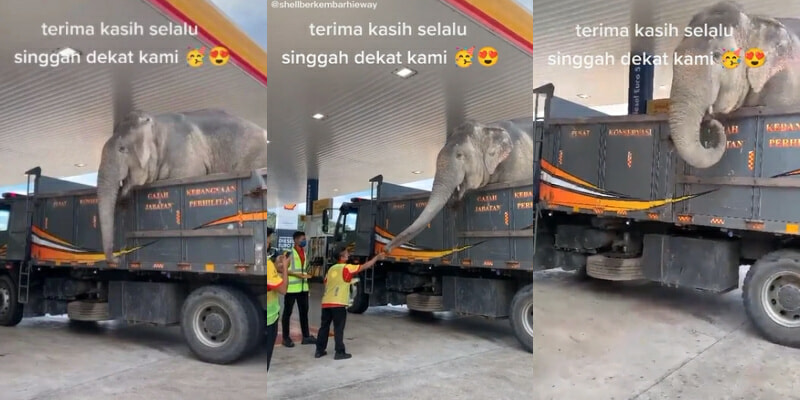 Recently, an elephant who visited a petrol station in Bentong, Pahang took the internet by storm as the workers at the station took time off and began interacting with the majestic creature.

Taking to TikTok, shellkarakbentong shared the first video they took, by taking a ‘selfie’ with it and watched as a second truck also carrying another elephant rode into the station.

Only taking a selfie with the first elephant, workers at the station, did not waste any time to interact with the second elephant, giving her bread, which she happily ate from the comfort of her truck.

The animal was indeed huge, as the elephant managed to ‘squeeze’ into the station, nearly touching the station’s roof, and the truck drove in.

Commenting on the video, netizens shared their ‘worry’ that the elephant may reach out and take away people’s helmets.

“I worry the elephant might reach out and take away people’s helmets at traffic stops.”

Another netizen commented that the bread did not seem enough for the elephant.

“The pieces of bread they gave seem small to the elephant.”

Do you have a personal experience seeing animals like elephants, while out and about? Share it with us in the comments section below! 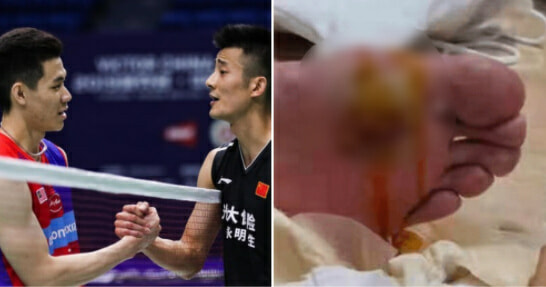