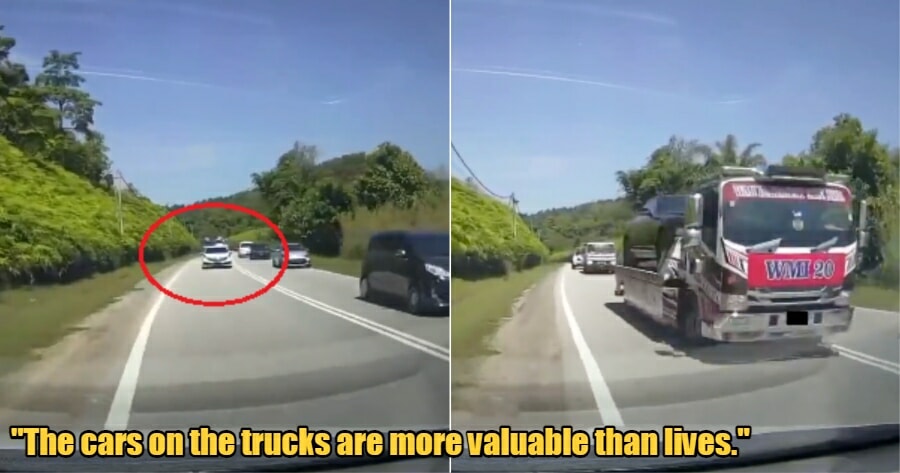 How would you feel if a PDRM VIP escort were to hit your vehicle (and also subsequently injure you) while on the road?

While one netizen has already experienced damage to her car from a VIP police escort, others are now angry and fearing for their lives as PDRM VIP escorts are behaving more and more dangerously on the road. 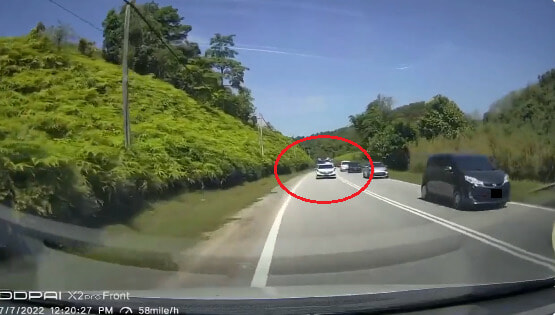 He wrote, “Congratulations PDRM. The safety of ordinary folks is left aside.” 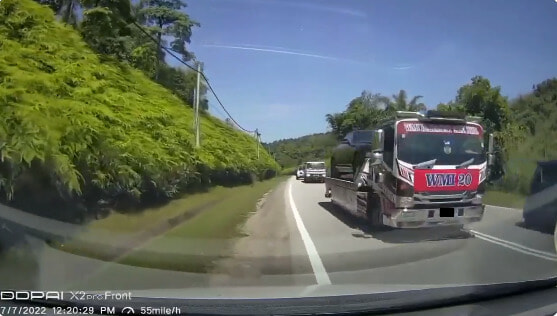 The escort consisted of a PDRM vehicle in the front, followed by two tow trucks carrying luxury vehicles and a PDRM MPV at the end.

Netizens have since shared their frustration and disappointment over the incident, especially considering the fact that the vehicle with the dashcam could have been hit and the driver could have been injured if things were to have gone badly.

“Endangering other road users! They made the road in such a way that only they are using the road, the safety of other road users are left to the side like it means nothing. If it was someone who panicked or is nervous, could that not have caused an accident? Then they’ll start fining people!”

“Wow, overtaking on a double line lane. From what I know, only ambulances have the license to do that.”

“In such situations, is PDRM allowed to endanger the lives of their officers and the people of the public, JPJ Malaysia?”

“What is the value of our lives as compared to the cars being escorted?”

“The cars on the trucks are more valuable than lives.”

And why do their vehicles require a PDRM escort?

Considering the fact that PDRM escorts are meant to get important figures to locations they need to be in a hurry, it’s considerable weird that luxury cars are given the same priority.

We genuinely hope that the authorities address this issue and take appropriate action accordingly. 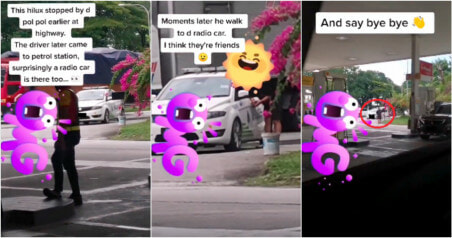