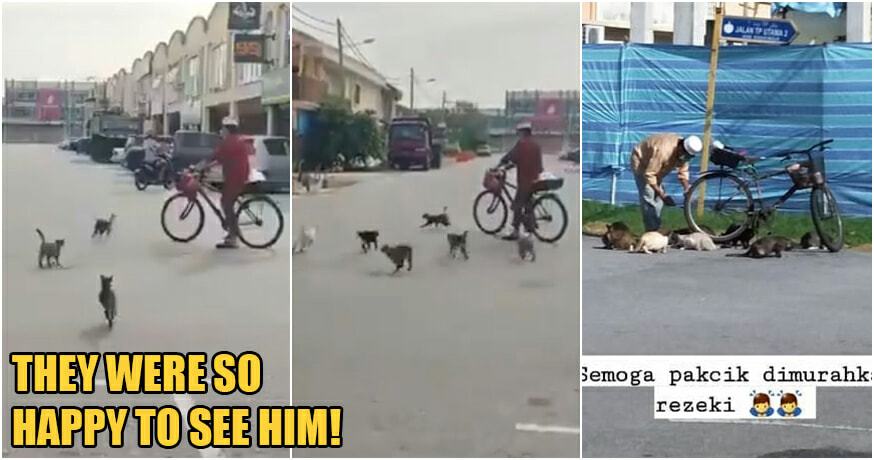 We’ve said it once, we’ll say it again: the world can always do with a little bit of kindness. No matter how large or small the act may be, you will be surprised how doing a nice thing for someone or something, can truly change your day and theirs.

For one old uncle living in Sungai Besar, Selangor, his act of kindness has now earned him more than just a few furry friends! In a recent video that was uploaded by netizen @Tok_Teh, we see an uncle cycling on the street. While this may not raise many eyebrows, what happens immediately after is truly surprising, just as it is adorable.

As the uncle gradually reaches the side of the road, a mob of cute stray kitties appear out from their hiding spots and immediately chase after him, eventually coming to surround the old uncle’s bicycle completely!

Apparently, this old uncle makes it a point to stop by this very same spot quite often to feed the stray cats in the area. So much so that they have befriended the old uncle.

This isn’t the only group of cats to befriend him either, as another group of 12 cats have also wound up growing very fond of the old uncle near another adjacent area two-minutes away after he was seen feeding them too. 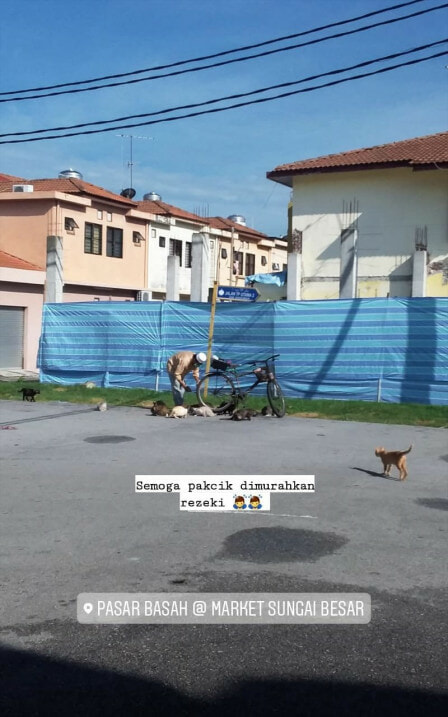 The reason why so many cats frequent the area was due to how it was supposedly a popular spot for irresponsible pet owners to abandon their cats, according to netizen @imann_soul.

The video has since gone viral over social media, with many praising the uncle for his compassion towards these stray animals, many of which would have otherwise gone hungry were it not for his kindness.

To this anonymous old uncle, we salute you for your kindness towards these kitties, and hope that you will be blessed with continued health and happiness in return!