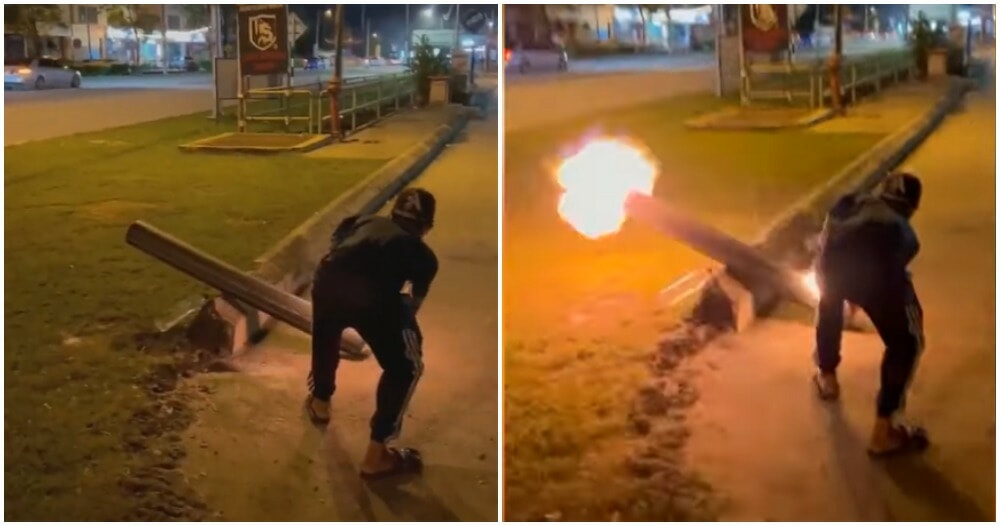 In a video that has gone viral, several Malaysians were seen hanging around near a road in Bukit Mertajam, Penang.

On the curb, there was a carbide cannon made out of PVC and it is facing the main road where several vehicles were passing by at the moment. 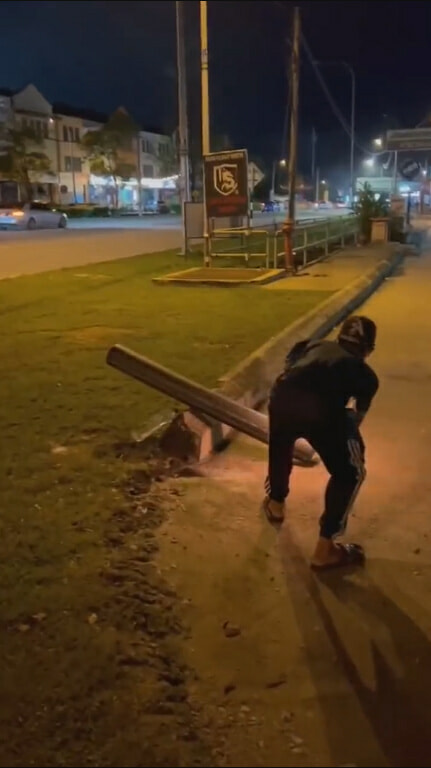 “… People are passing by here, there are old people riding their motorcycles. If they get frightened (by the cannon) an accident could happen. If they have a cardiac arrest, they could die. PDRM please pick these people up.”

In the video, the man was seen saying that they missed the whole kampung ambience and they used to play with carbide cannons when they were younger.

“Even now in the city area, we can still do it.”

Netizens in the comments were appalled by the actions of the men.

“If it is a full forest then it’s alright, at least can shoo some of the wild animals away. This is not suitable for the city.”

Seberang Perai Tengah Chief Police Assistant Commissioner Shafee Abd Samad has said that they are in the midst of investigations on this case and are looking for the suspects in the video. 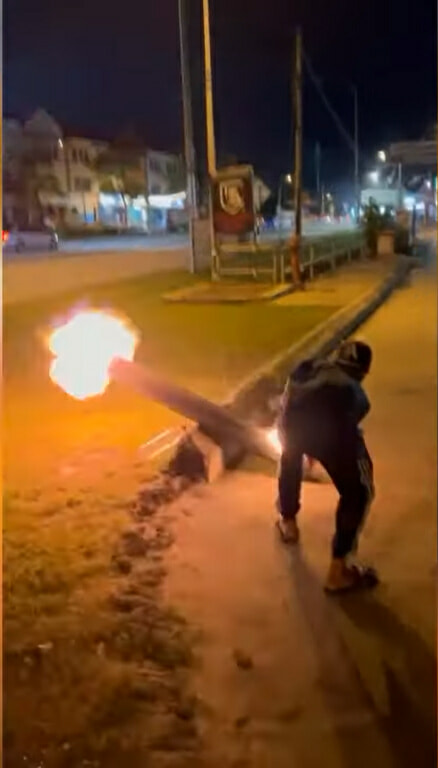 They have also advised the public to not play with fireworks or carbide cannons during Hari Raya Aidilfitri as it is wrong under Section 8 of the Explosives Act 1957. If found guilty, one can be jailed for up to 7 years, fined RM10,000 or both. 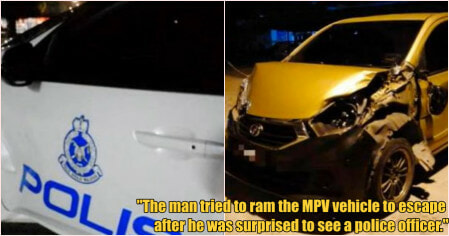