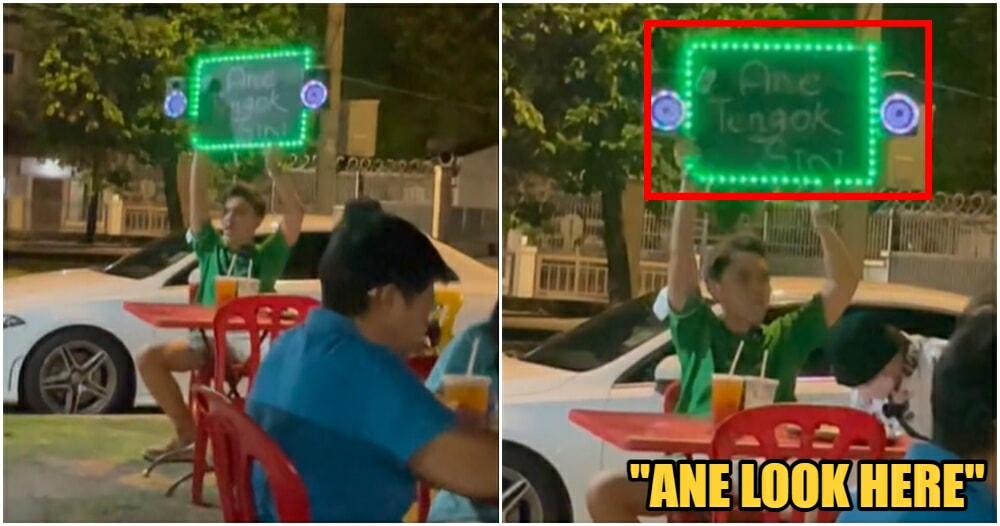 Since the lockdowns have been lifted, Malaysians are more appreciative of our awesome mamak culture, and some spend hours and hours hanging out with their friends.

Recently, a video at a mamak restaurant has gone viral on TikTok with 100,000 views and more than 6,000 likes.

In that 13-second video by Ridzuan Ahmad, we see 2 people sitting at a small table. One of them was masked while the other was not. The one who was not wearing a mask was holding a signboard that said:

It seems that it was written on a mini blackboard with chalk, and the sides of the board are decorated with LED strips. That’s not all however, as 2 Bluetooth speakers were also attached to the board. 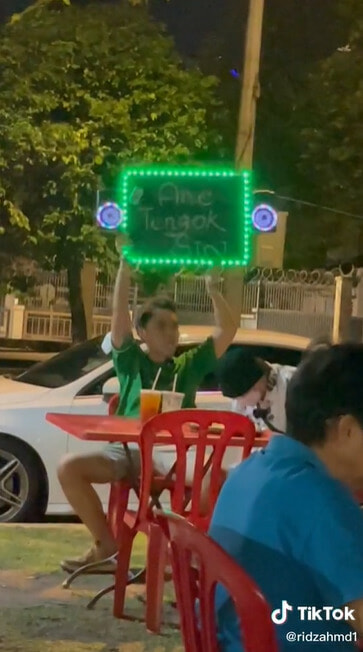 After listening to it closely, we recognised that the song played was a parody of Bohemian Rhapsody named Mamak Rhapsody by Jaster Fong.

The lyrics for the part that was playing were:

“Aku nak buat order tapi customer banyak you tak dengar (I want to make an order, but there were a lot of customers, so you couldn’t hear me.”

Ridzuan told WORLD OF BUZZ that this occurred at Restoran Sultan in Bukit Jalil. 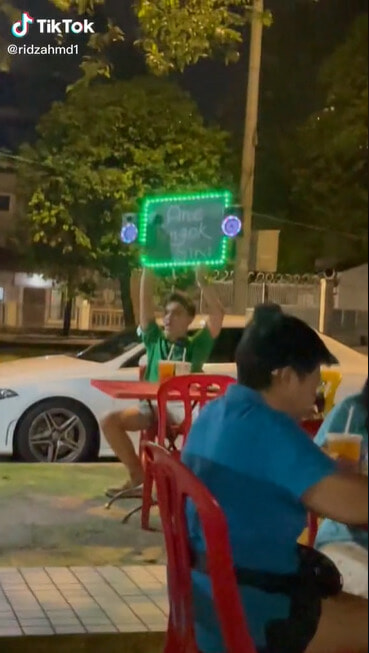 It turns out that this is part of a video by Leeroy Wong. You can find the full version here on his YouTube channel. 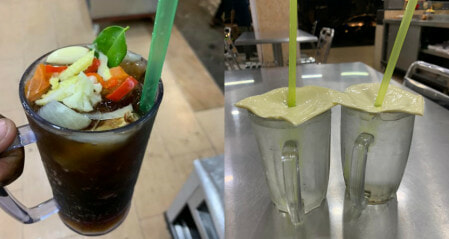