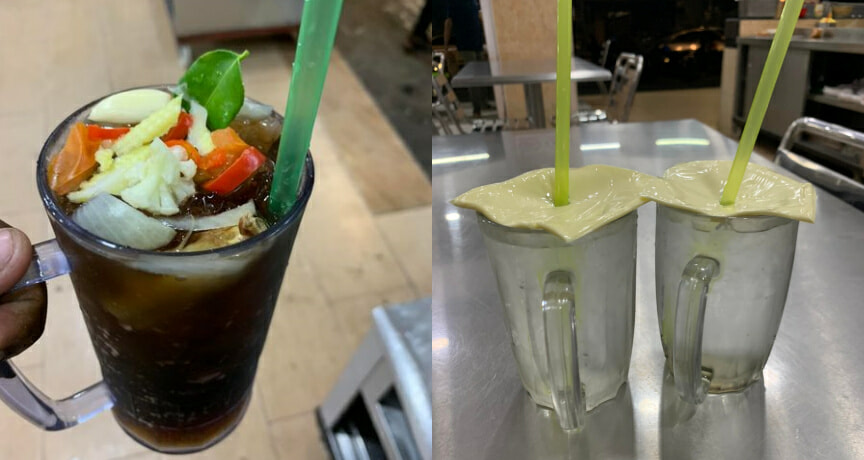 There’s almost nothing this mamak cannot do!

If you are a fan of mamak as well as “crazy” mamak dishes, then you have probably seen the name Restaurant Aliff somewhere on the internet.

The restaurant previously went viral for its dishes like Roti Canai KLCC, as well as a candlelight dinner for a couple. Only a week ago, Restaurant Aliff wowed the internet again by fulfilling a customer’s order of 10 packets of Indomee!

Other than the mentioned dishes, the mamak also offers “questionable” drinks like Tomyam coke and Air cheese. The restaurant’s post on Facebook gained attention from many Malaysians, especially with many jokingly saying that they want to call the police and that seeing the picture itself is already “hurtful”.

Besides, there is also a plain water drink with a piece of cheese on top. We are not sure who would actually order this but big applause to Restaurant Aliff again for their creativity!

Now that we are slowly stepping into the endemic phase, there will be no more restrictions on the operating hours for mamaks. Are you going to Restaurant Aliff to request something special? Let us know in the comments! 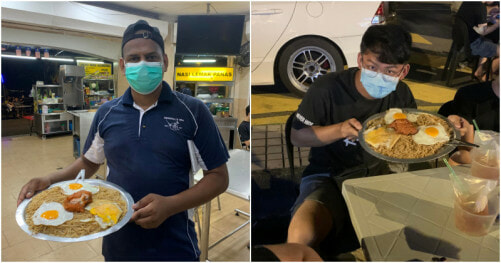