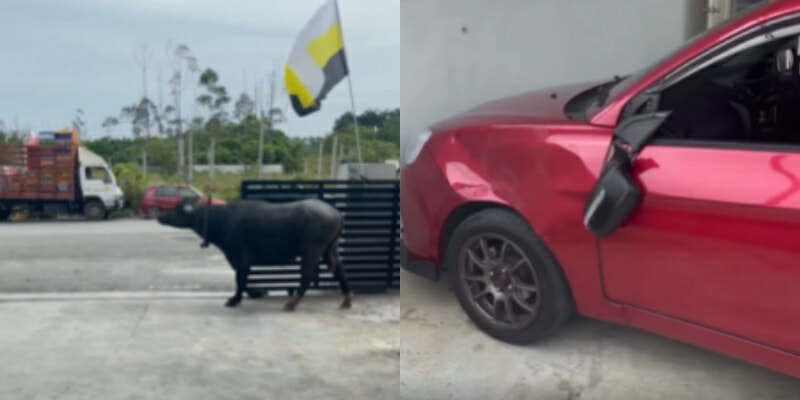 As a vehicle owner in Malaysia, we all know too well of the threat posed by stray cattle such as buffalos loitering on highways or residential roads. In a recent video that went viral on social media, a man in Perak became the victim of a stray buffalo as it made its way into his office compound.

We know how tough and devastating a stray buffalo could be when provoked, so in the 20-second video, the man could do nothing as the bull spent some time in the parking lot before leaving the ‘scene of the crime’.

In the video, the buffalo, believed to be owned by someone in the area, strolled nonchalantly away from the scene of the crime.

“Dear lord look at my car!”

As a result of the buffalo’s visit, the front left pane and side mirror needed replacement as all parts involved were either broken or dented. 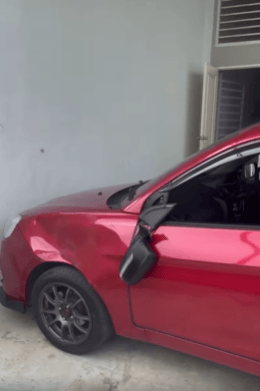 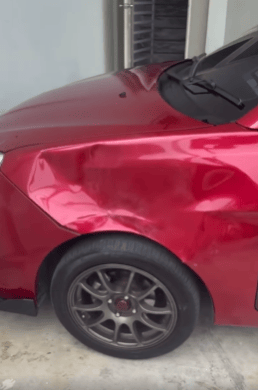 In his Facebook status, the netizen writes, “To those who knows the owner of the stray buffalo staying in the Klebang Bistari industrial area, I would like to get a hold of him.”

Netizens commenting on his post, voiced their agreement. One netizen even shared the location of the bull pen in the comments section.

“If you are looking for the owner, find a workshop that fixes lorries at the traffic light nearby a Yamaha dealer. Behind it is a bull pen.”

Let’s hope that both buffalo owner and vehicle owner can settle this issue in a civilised manner. 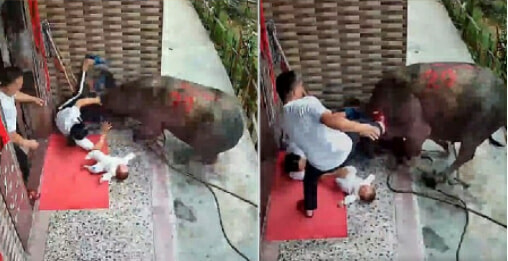