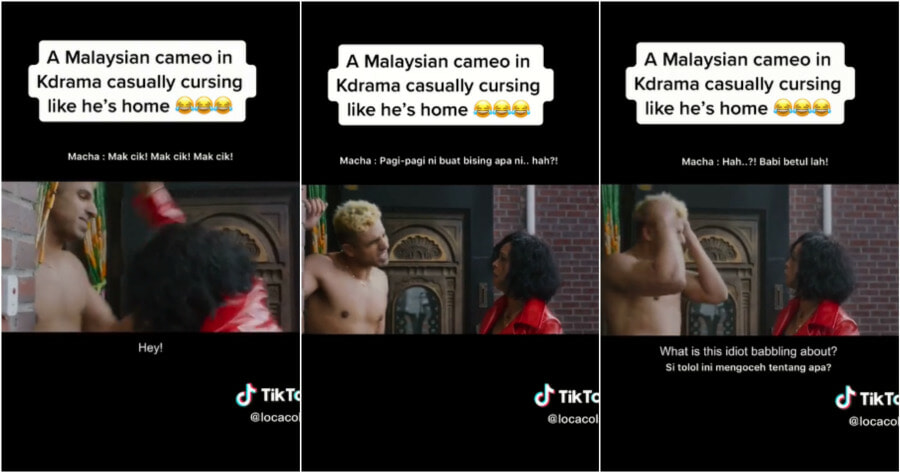 Let’s be clear, we will never ever not get excited over seeing a Malaysian and seeing Malaysia represented in foreign platforms.

One example of this is from a 2019 Korean movie called ‘Jazzy Misfits‘.

Loca-Cola took to their TikTok page to showcase how a Malaysian-born artist, DJ SP3CK who is based in Korea, had a cameo in the movie where he scolded one of the characters in Malay! 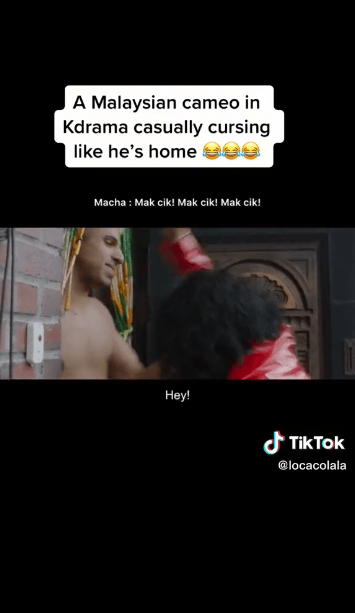 They wrote, “I still laugh at this scene till this day.”

In the scene, the character of a mother, played by Jo Min-Soo; can be seen knocking on the wrong door, in search of her youngest daughter. When a shirtless DJ SP3CK answered the door, she went into a frenzy of yelling, worried for what had happened to her kid. 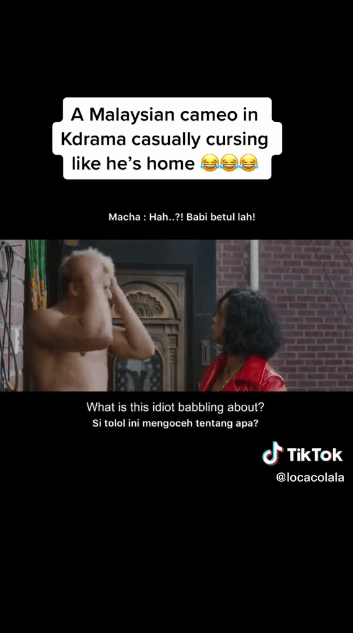 Translation: Aunty, aunty, aunty. What is this, making so much noise in the morning? Huh? What a pig!

Only after her eldest daughter appeared from the apartment above did the mother realise she had knocked on the wrong door. Giving DJ SP3CK a pat on the chest, she then tells him to put on a shirt to not catch a cold before walking upstairs to her eldest daughter’s apartment.

As the eldest daughter apologises to DJ SP3CK for the commotion, he responds “It’s okay, it’s okay,” in frustration before going back inside.

You can check out the clip from the movie here: 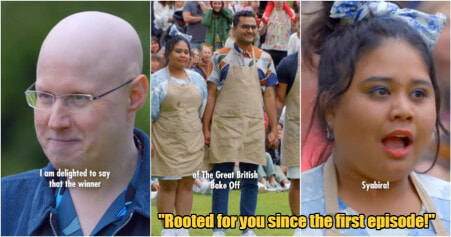