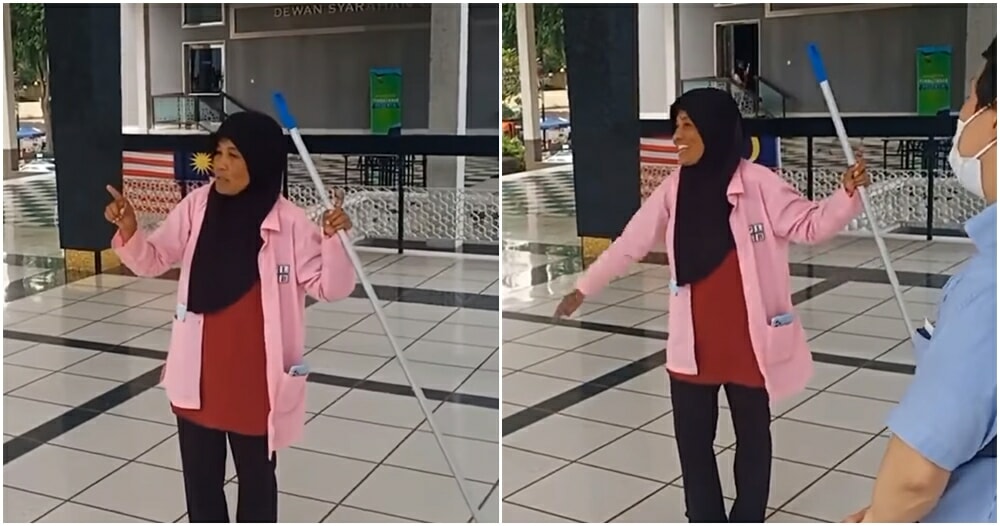 Learning a foreign language is complex; it is always hard to reach native-like fluency unless you know the language well and practice it frequently.

Recently, a video of a cleaning auntie speaking fluent Japanese has been circulating on different social media platforms.

The video was initially uploaded by a Facebook user named Hanafi Damanhuri. According to Sin Chew Daily, Hanafi took a group of Japanese delegates to visit the national mosque.

After hearing the group chat, the cleaning auntie was curious and confidently approached them. She then started speaking to them in Japanese.

In the 45-second video, you can hear her code-switching seamlessly between Malay, English and Japanese while she was explaining tenses in Malay to them. At that time, she was also holding a mop.

Many netizens in the comments section were blown away by her skills.

“This auntie is awesome.” 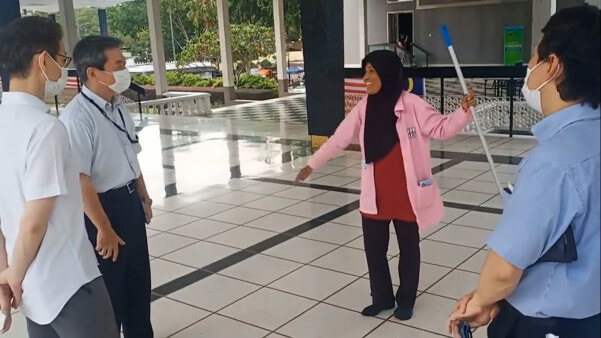 Other netizens say we should never judge a book by its cover. 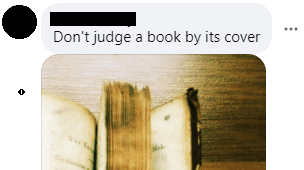 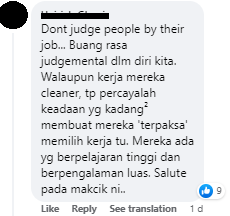 “Don’t judge people by their jobs. Put aside our judgmental sides. Even though they are working as a cleaner, (I) believe that sometimes, they are forced to choose the job. They have knowledge and are very experienced. (I) salute this auntie.”

Well, we indeed agree with that! 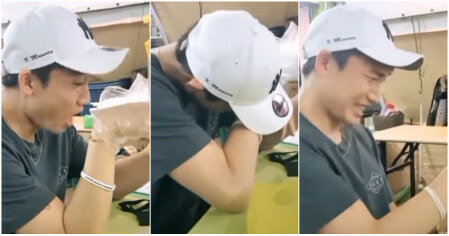