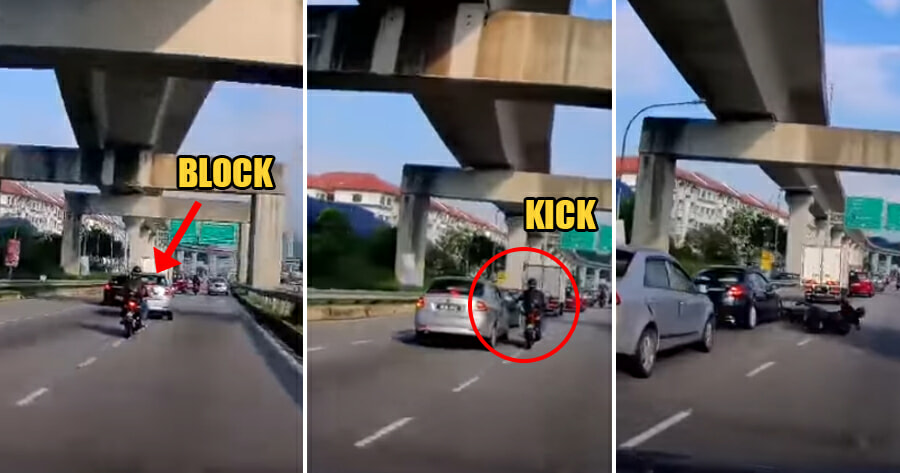 A motorcyclist in Puchong ended on the ground when he tried to kick a car that abruptly changed lanes and seemingly blocked his way.

The incident happened on 25th July at about 9.15am according to the timestamp on a dashcam footage that was posted on Facebook. The owner of the video mentioned that the incident took place at the Bandar Kinrara exit to LDP Puchong.

The motorcycle had no choice but to slow down and manoeuvre past the car, but when he did that, he tried to kick the car, probably out of annoyance or frustration that his path was blocked.

However, his actions did not end well for him as he immediately lost balance and was thrown off his bike. He slid on the ground while trying to stop himself from injuring himself as cars continued to zoom by.

In the comments section, the owner of the video mentioned that the motorcyclist was fine and managed to stand up after the fall.

He wrote in his caption, “I don’t know whose fault, let the police investigate or maybe my friends can tell me whose fault.”

Well, what do you think? Did the car change lanes too fast or was the motorcyclist being a little too dramatic by kicking the car? Let us know in the comments section below! 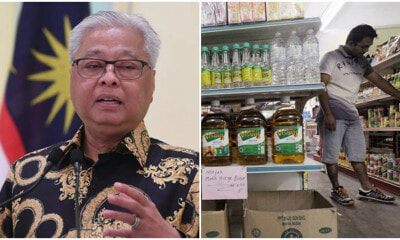 JUST IN: ALL Essential Businesses Allowed To Operate Until 10pm Starting 29 January

Last week, it was announced that restaurants in MCO areas can operate until 10pm for take-away only. In his press... 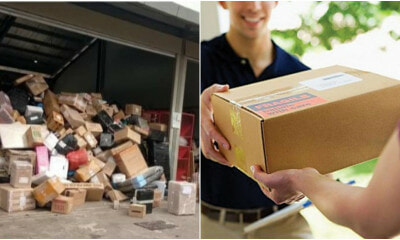 Since the implementation of the Movement Control Order (MCO) last year, online shopping has become a trend among the community.... 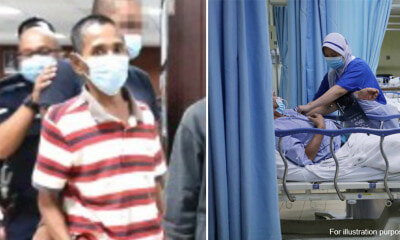 An Indonesian labourer was sentenced to six months in jail for molesting a 23-year-old nurse at a hospital in Kuching,... 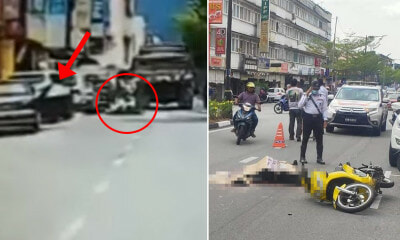 A motorcyclist died after being run over by a lorry at Jalan Taming Sari, Taiping, Perak on 27 January, reported... 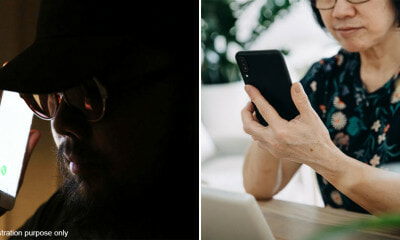 Malaysians are advised to be cautious of calls or messages from phone number 011-23696711 as it has been linked to...