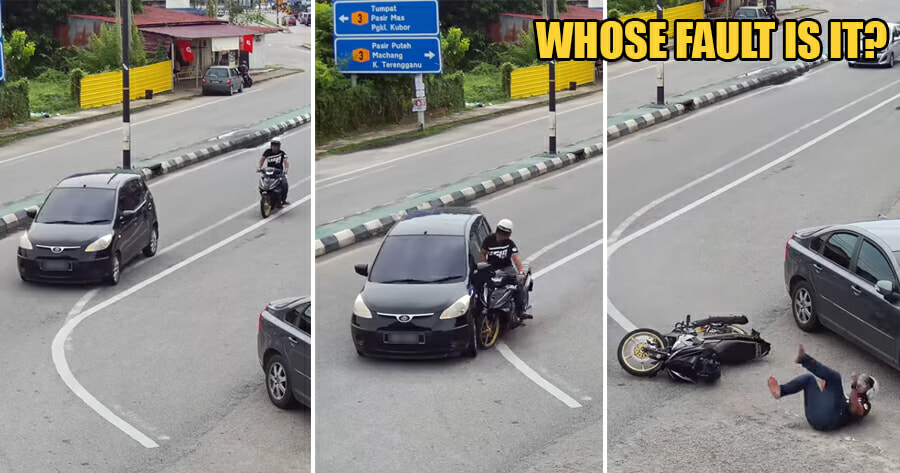 In today’s episode of “Whose Fault Is It?”, a collision between a car and a motorcycle has got netizens debating yet again.

In the incident that happened on 17 June at Jalan Kampung Sireh, Kelantan, a Facebook video shows a black car approaching a turn.

As it slows down and gradually swerves to its left, a motorcycle speeds towards the car, cuts into its lane and slams into the car’s side.

The motorcyclist falls to the ground as the driver comes to a halt. The driver, a young woman, gets down and appears apologetic as the motorcyclist screams bloody murder at her.

Netizens, of course, started debating in the comments on whose fault it was. Some said it was the motorcyclist’s fault for cutting into the car’s lane while others said the woman did not look into her rearview mirror before making the turn.

Others said both the driver and motorcyclist were at fault.

Well, what do you think? Who is to be blamed for the accident? Let us know in the comments below!