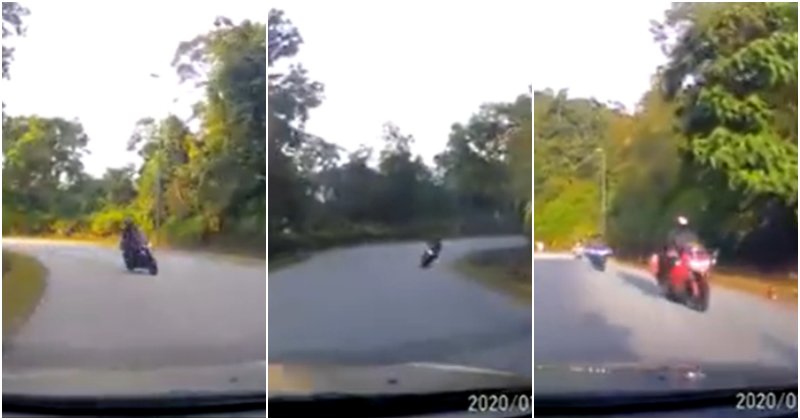 Antisocial use of vehicles, especially those on motorcycles is a noticeable problem. Yes, we do agree that this does not apply to all, but because of a rotten few, those who ride following traffic laws too will be faced with the same bias as to those who disregard the law entirely.

More than just noise pollution, road nuisance in Malaysia has also gone to the lengths of street racing and most recently, street cruising that endanger other road users in the process.

Caught on camera, Facebook page Funtasticko posted a video showing how a motorcycle convoy simply took to the road and turned it into their own personal track, disregarding the safety of other road users in the process.

As observed in the video, it is a good thing that the car driver was mindful of the road, despite those participating in the convoy not returning the favour and continue to ride dangerously.

With the driver having to slow down his vehicle multiple times in fear of crashing into the riders and their expensive motorbikes, it is important to note that both vehicle driver and convoy came away unscathed.

Perturbed by the scene that they have witnessed, netizens began piling on the hurt, with one comparing these riders to Mat Rempits.

“You’d think they’d be a bit smarter riding big bikes on the road. But turns out they are nothing more than Mat Rempits with upgrades.”

Another commented that the driver should not have given them the leeway they didn’t deserve.

“It is good that you slowed down and warned them that they were riding dangerously despite not having any reason to do so. If they end getting into an accident then let them be.”

We would like to take this opportunity to urge road users to be wary of traffic laws and be nice on the road. You are not the only ones using it you know.

Also read: 17yo M’sian ‘Superwoman’ Rempit Who Went Viral Got Arrested, Did Not Have License 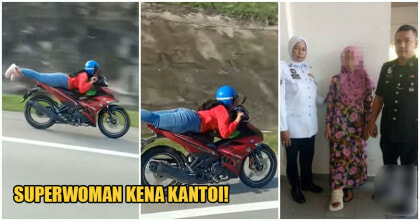