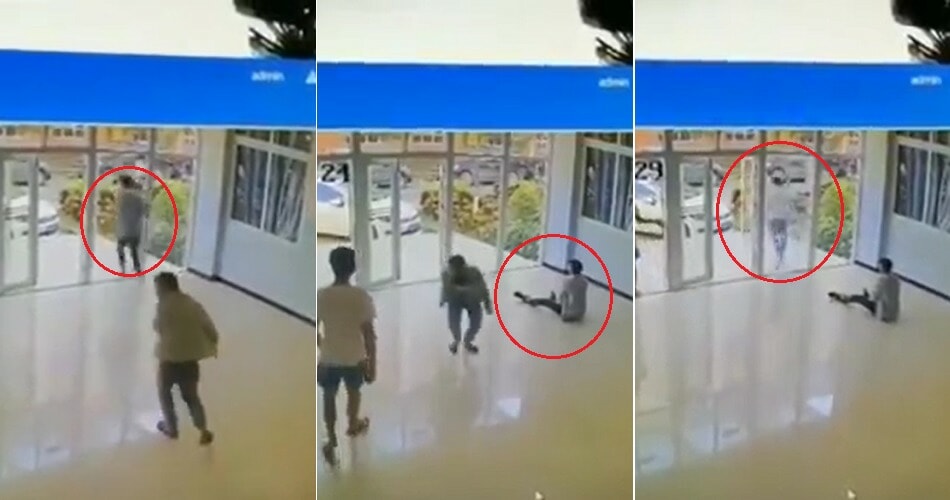 We all have friends who are a bit well… bodoh, if you know what I mean.

We have that one friend who will mock and tease us whenever they can; and although we love them with all of our heart, there are times when we wish that we could kenakan them back. You feel me?

Fortunately (maybe, not-so-fortunately), this guy got to see his friend get instant karma after his friend laughed at him for walking into a glass door and falling over.

In the video, we first see two men dressed in black walking out a glass door. Then, another person dressed in white runs towards what he thinks is the other glass door, but unfortunately, the poor dude collides with what we’re guessing is glass wall and falls over. His friend, who was also running behind him, stops and laughs at him.

Following that, the friend – who looks like he was mimicking his fallen friend to mock him – rams into the same well which his friend just hit. This time, however, he actually goes right through the glass and shatters it. You can watch the hilarious video here:

FYI, this video, which was posted by Shanghaiist, has since gotten over 48,000 shares on Facebook and many netizens were clearly entertained by the whole scenario.

Many of them said jokingly said that the friend laughed at him, but then he accidentally shattered the glass in return and now must pay for his stupidity. You can read the comments below: 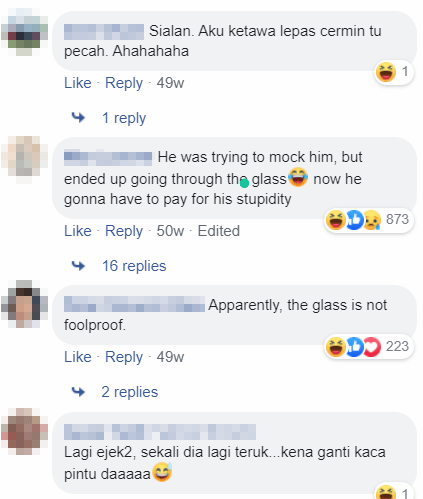 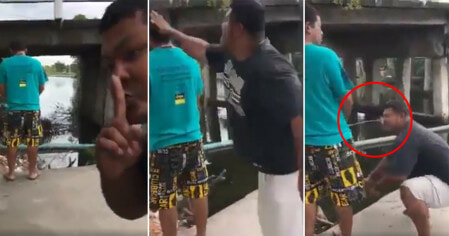