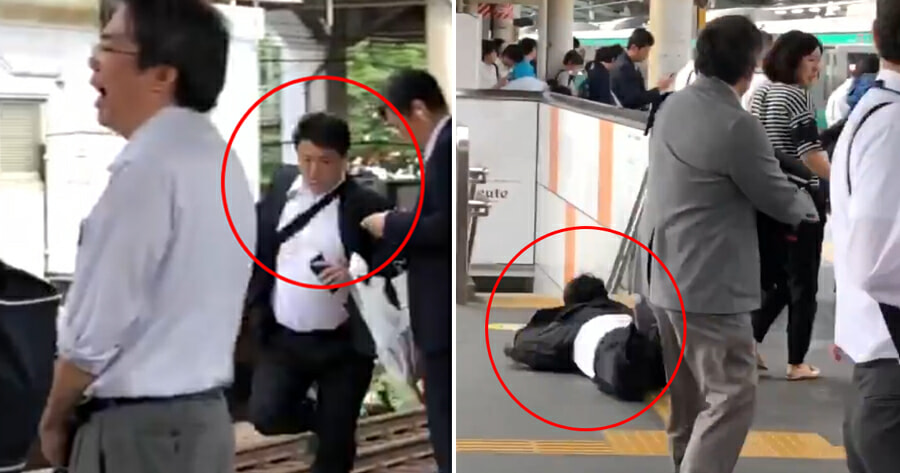 A Japanese man instantly got what he deserved when he molested two school girls on the train. These girls were such badasses that they chased after the man when he got down at Akabane Station, Tokyo, causing him to ‘flee for his life’. 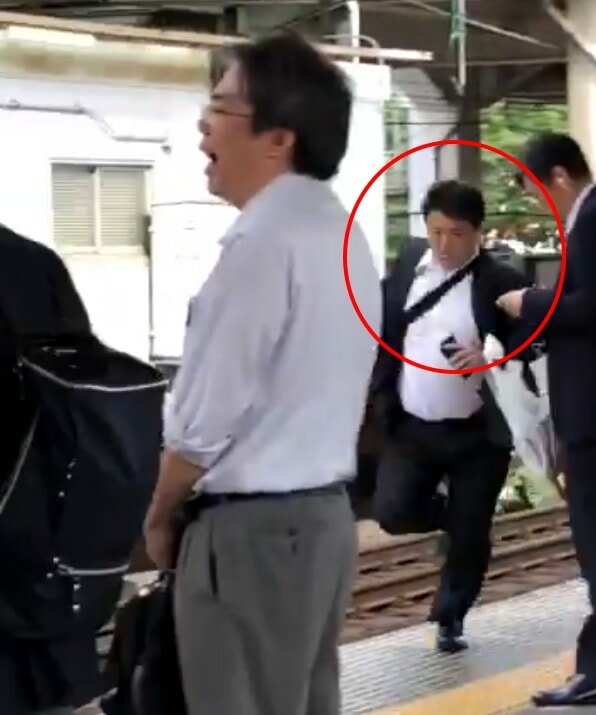 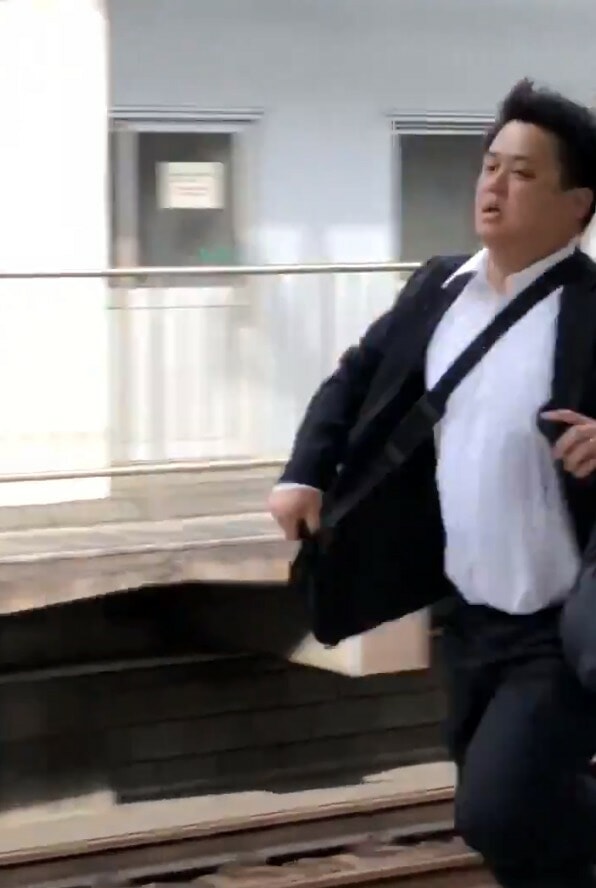 However, his hopes of getting away with such an act were crushed when a bystander acted quickly and popped his foot out, tripping the suspect and causing him to fall flat on his face, reported Grapee.

Twitter user @influencer_com_ managed to capture the whole scene, in which one of the victims can be heard shouting at the suspect, “don’t run away” before he tumbled to the ground. He immediately got up and continued his escape with the two girls trailing behind him.

“I simply felt like I had to film it,” said the high school boy who filmed the incident. “You can call it a sense of justice, it could be evidence.” 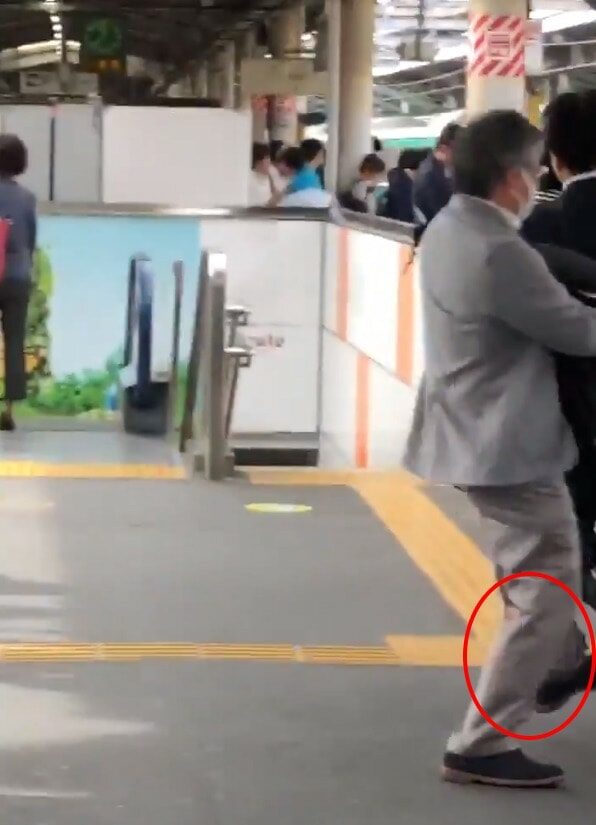 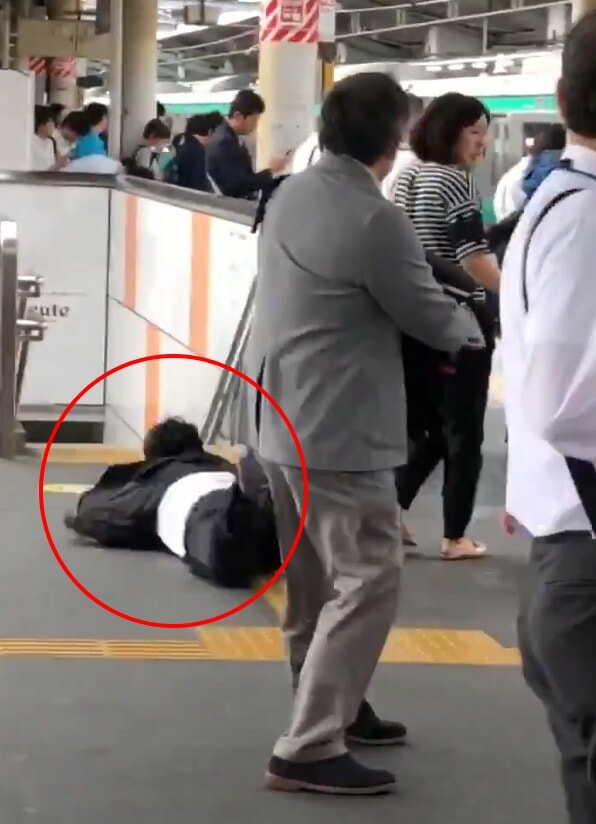 He said in an interview that the suspect had harassed one of the high school girls by touching her breasts, but also that this wasn’t the first time she had an encounter like this. In fact, she had been getting sexually harassed on trains for a month and decided that she had enough, chasing after the suspect herself. 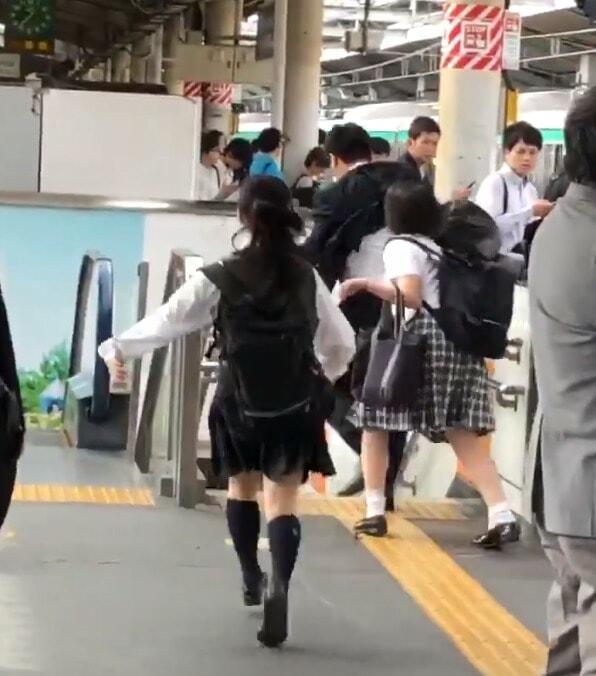 According to Nico Nico News, it was revealed the next day on a panel on daily morning news program Mezamashi TV that the man was successfully apprehended during his attempted escape. He later admitted to groping the school girls when he was “arrested on suspicion of forced indecency”.

However, upon watching the video, netizens were concerned about the legality of the actions of the man who tripped the suspect as they were uncertain how to classify his action and whether it was against the law or not.

Ryuji Mishiguchi, who works at the Kobe Marine Law Office, added that the man could be protected legally as he was helping them catch the suspect by tripping him. But he also mentioned that it is not easy to determine the awareness of the man during the time at which the crime happened. However, the panel on the morning show believed that it was unlikely that the man would be prosecuted for what he did.

Serves the molester right! Kudos to the two girls who were so brave to chase after the man, and not forgetting the uncle who made it a little easier for the suspect to be captured by tripping him. 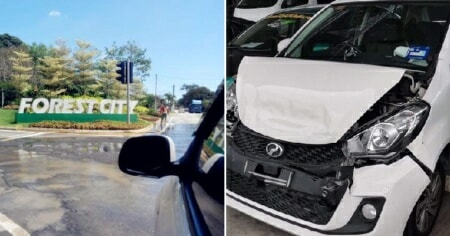