A man queueing up at a check out counter in a supermarket was seen throwing a tantrum because a woman in front of him was purchasing many items while he only had two.

The woman, Hidayah Fadhillah, shared a video on Facebook about the incident that happened at Tesco Hypermarket Alma, Penang. The video shows the man shouting at her and complaining that she had too many items while he was only buying eggs and some tissue. 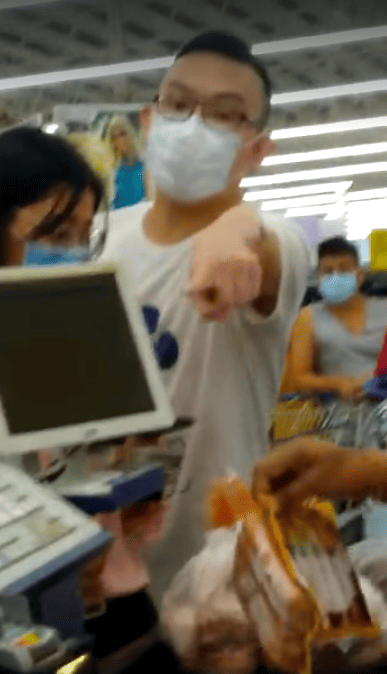 “He got angry because he only bought eggs and tissue while I had many more items. But this is not even an express counter,” she wrote in the post.

“If he urgently wants to pay first, he can always ask me nicely and I will let him go first. But he chose to raise his voice and even made racist remarks.”

“In matters like this, there’s no need to mention race, but he said it has nothing to do with buying a lot of things.” 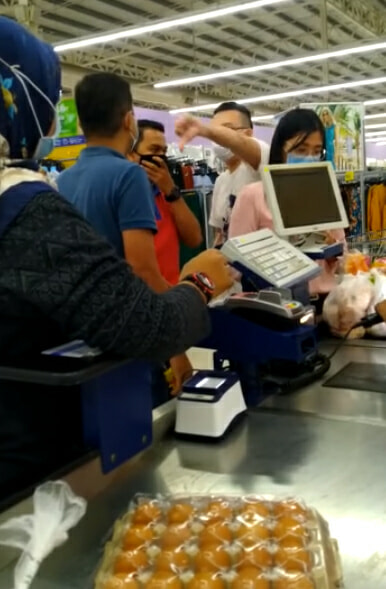 The man can also be seen flashing the ‘thumbs down’ action to a man in a blue shirt who was trying to defend Hidayah.

Hidayah Fadhillah shared with WORLD OF BUZZ, that in the end, the man eventually went away without saying anything.

Maybe the man was in a rush but that does not give him an excuse to make a scene just because the person in front of him had more items than him.