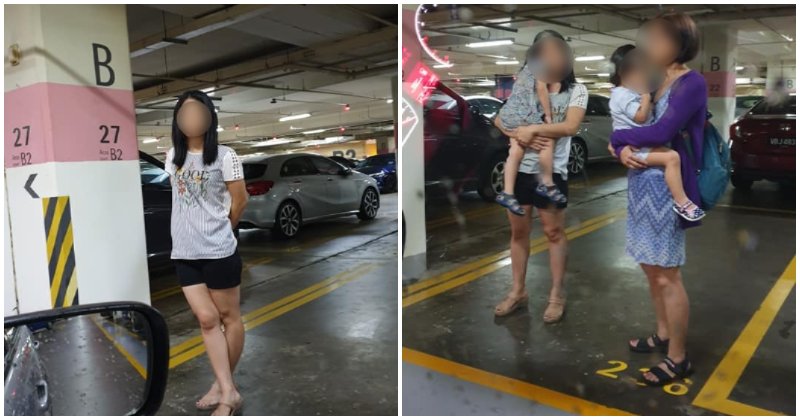 We recently celebrated the criminalisation of those who ‘chup’ parking spots, as we naively thought we’d never have to deal with or have to hear about inconsiderate Malaysians standing in empty parking spots to block other cars from taking them ever again.

A netizen by the name of Fidonendo Dido took to his Facebook page to share an incident where a lady had driven past an empty parking spot, only to completely abandon her car in the middle of the parking lot lane, just to run over and block the spot with herself.

Fidonendo, who was in the car behind her, was just about to park into the spot when she ran over to block it.

Fidonendo captioned his post with, “I normally see this happening to others. Today, my kids had the opportunity to learn how to deal with this kind of people. We have to teach our kids to stand their ground and fight for their rights. She had already driven past the parking lot, but she quickly got out to ‘chup’ the parking spot by standing in the box. No problem at all, we’ll wait until the security gets here.” 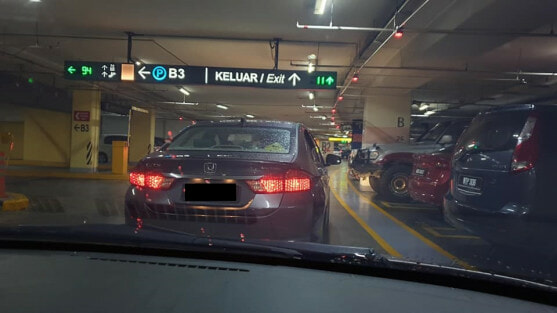 She had left her car abandoned and running, though it turns out she had an older lady (presumably her mother) and her two kids in the car, who then joined her in the box. 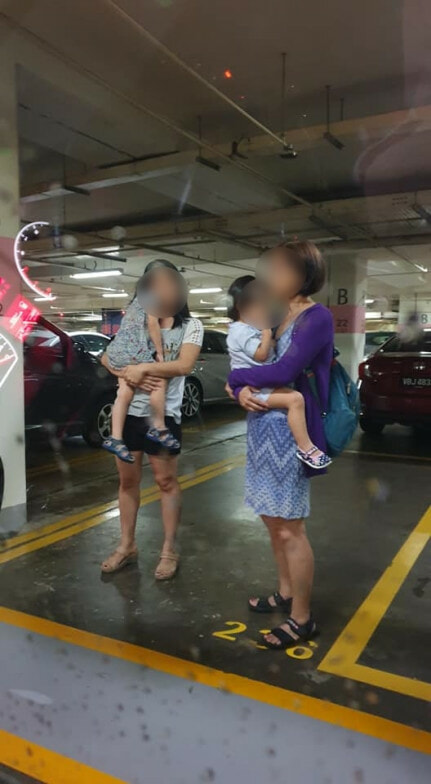 Netizens have since shared their thoughts on the matter, trying to make sense of the incident.

This comment goes, “Did she turn on her signal to enter by reverse parking but you were driving too close to her so she didn’t have enough space to enter? Just asking.”

A valid question, to which Fidonendo responded that she didn’t signal at all.

Fidonendo said, “Didn’t signal at all, if you watch the video, she’s not signalling.”

The situation was finally defused when the security team showed up and informed the lady that they would call the police. Upon hearing this, she gave up and moved on.

Fidonendo explains, “In the end, the security guys showed up and threatened to call the police, she headed off because she finally realised she was in the wrong.”

The Royal Malaysia Police had previously released a statement that those who ‘chup’ parking spots by standing in them can be fined a maximum of RM2,000 or face jail time of a maximum of six months, under the Section 50(3) of the Road Transportation Act 1987, for “Unlawful interference and importuning”.

And yet, we still have stubborn Malaysians who believe that they are above others and the law. Shame on you, lady.

Fidonendo’s posting has since garnered over 1,600 shares.

Let’s hope she remembers this lesson the next time she finds herself in between a car and a parking spot.

Also read: People Who Illegally “Chup” Parking Lots With Cones Can Be Fined Up To RM2,000 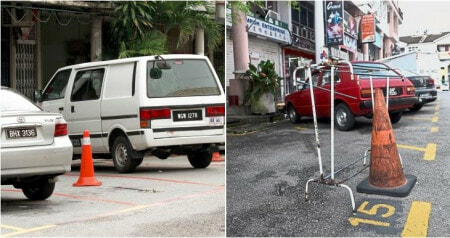