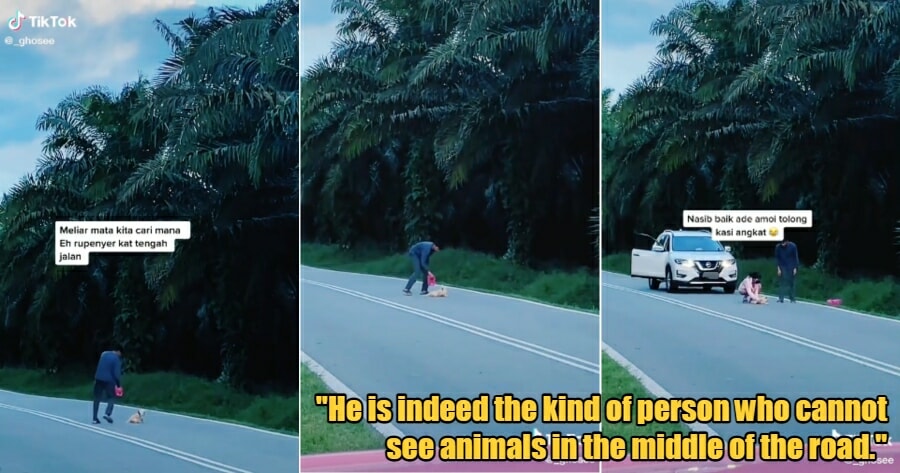 It’s no secret that our Muslim friends are not allowed to touch dogs, but just because they can’t touch dogs doesn’t mean they don’t care!

One young Malay man decided to try his level best to save an injured puppy, who was stuck in the middle of a road, without touching it.

In a TikTok showcased by @_ghosee, she shared how the young man had spotted the puppy and they turned their car around to help. 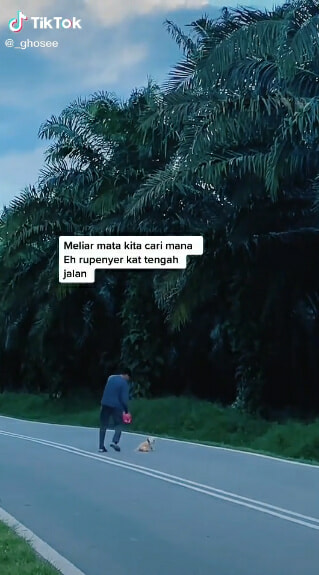 “He is indeed the kind of person who cannot see animals in the middle of the road. He will try to move them or he will take them home.”

The young man could be seen using a plastic bag to coax the little puppy to move to the side of the road. Though, sadly, the little puppy was scared and in pain, so it yelped and attempted to bite at him. 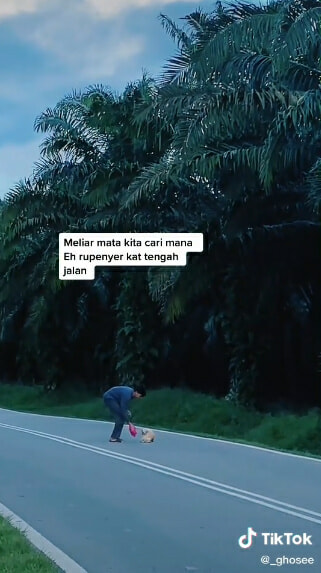 He struggled with the frightened puppy and also tried to coax it with his slipper as a car came to a stop right behind him.

Thankfully, a Chinese woman driving the car got down to help. She slowly picked up the puppy and took it back to the car with her as she and the young man said their thank yous and goodbyes. 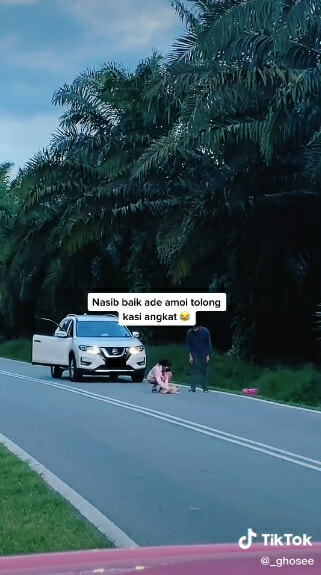 Both the young man and the Chinese lady’s actions have since been praised by netizens alike.

“Thank you, brother, for trying to save Allah’s creature. And thank you to the Chinese lady.”

“I’ve watched this video many times. It’s amusing. There are so many good people out there. I hope the puppy is safe with its new owner.”

“I respect this brother. He has the heart to help even though he is scared to touch the puppy. And the Chinese lady is a lifesaver.”

Kudos to both them!

We’re so thankful that the both of they both stumbled upon the puppy it what feels like perfect timing.

You can watch the heartwarming video here. 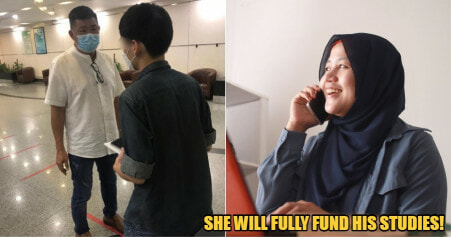