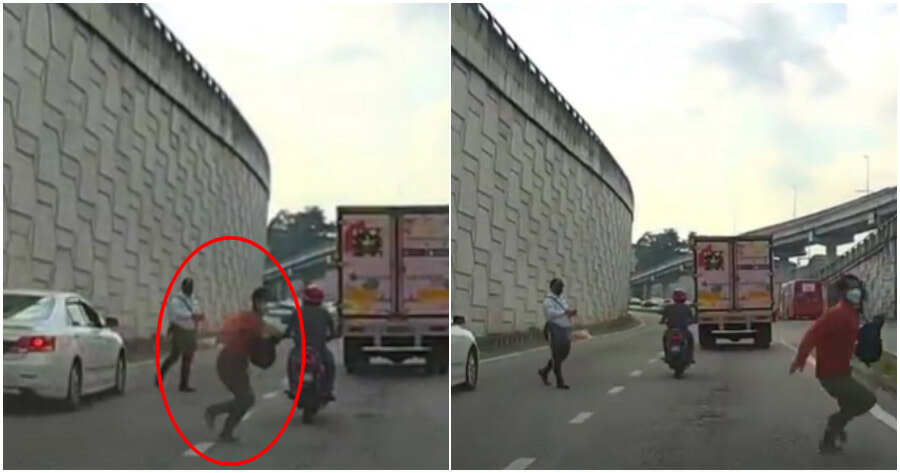 Have you ever been stopped by police while driving? Did you talk and bribe your way out of whatever mistake you made? Or perhaps even paid the fines?

Well, this man did neither of those things.

In a video showing dashcam footage of the highway, a traffic police officer pulled over a driver of a white sedan car. As the officer was inspecting the man’s car, the ‘guilty’ driver dashed across multiple highway lanes while carrying a black bag! 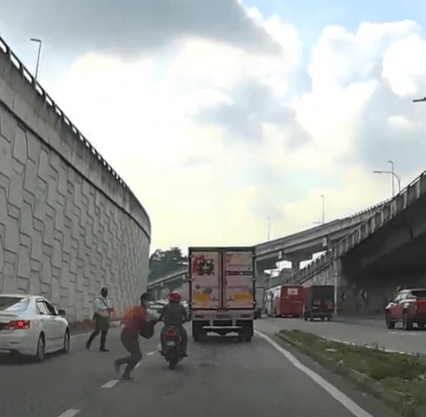 The police officer was left stunned as he watched the man’s reckless behaviour. 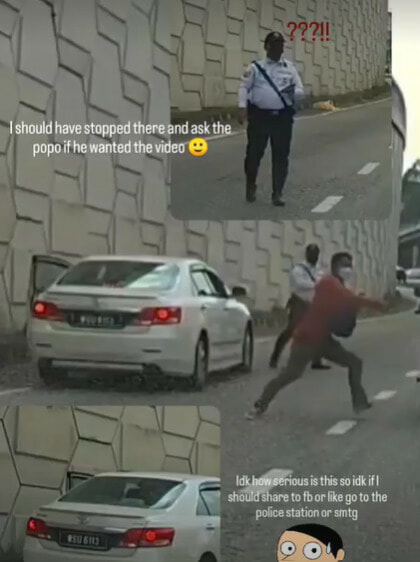 According to Winnie, who shared the video on her Instagram story, she saw the incident that took place at Persiaran Jati Bandar Sri Damansara when she was on her way to work yesterday morning. 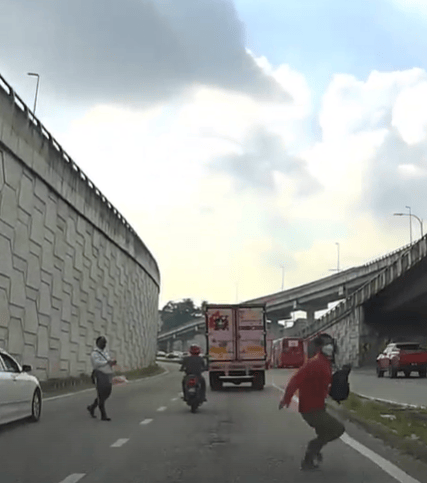 “He got blocked by the police, so he came out from his car and ran across the busy road,” she said.

“He must have done something so wrong that he is willing to risk his life like this,” she mused.

He is one brave man! 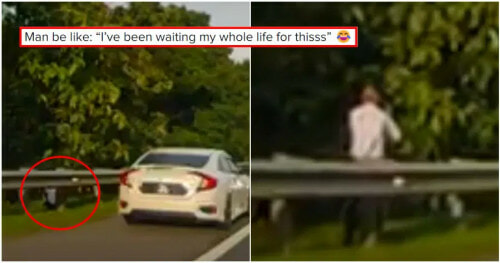