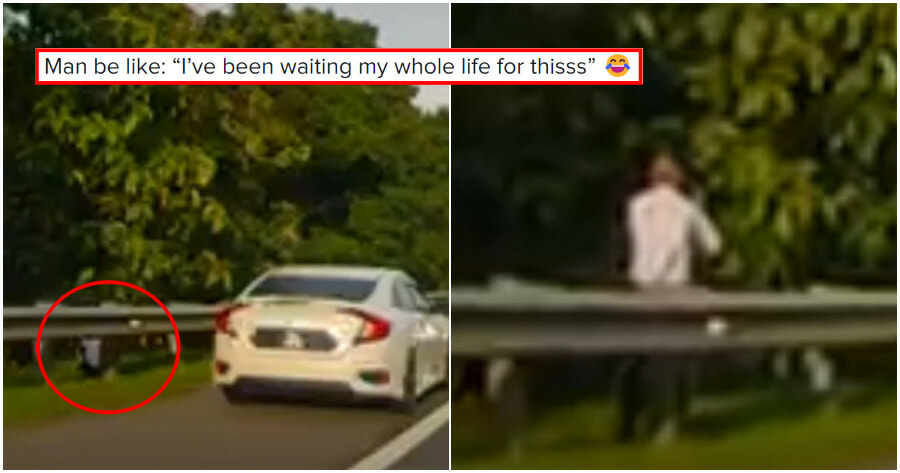 They say seeing is believing. So, it is true that it can be challenging to believe in the existence of something if we have never seen it with our own two eyes.

Although, it is the opposite for things like myths. For myths, everyone knows the existence of it but cannot say for sure that they have seen it.

For example, speed traps are almost myth-like. Speed limit enforcement is placed on most public roadways by authorities which are set up to improve driver compliance with speed limits.

However, they often come in the form of concealed officers or devices, making them difficult to spot for most drivers. 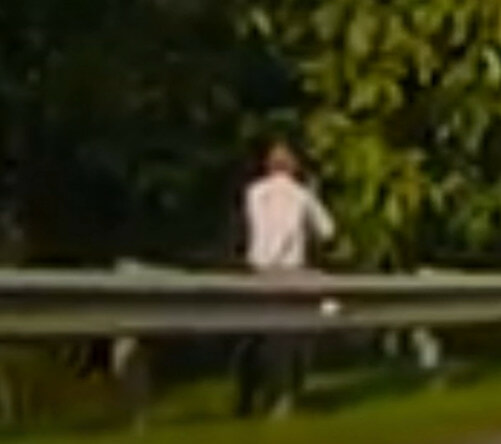 However this time, someone managed to not only catch a glimpse of a speed trap but a human speed trap at that! This is evidenced by a TikTok video recently uploaded by @izz4hzahidah_ that has gained 1.5 million views and more than 2,000 comments. 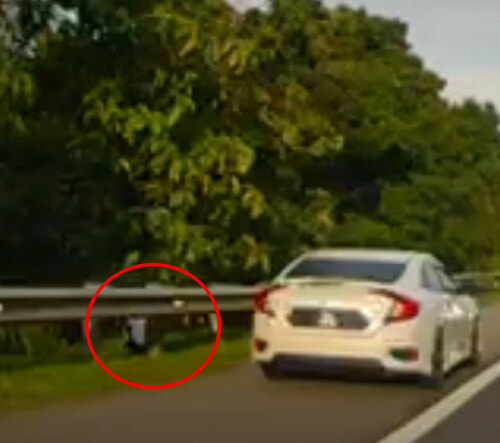 The video shows dashcam footage of a traffic police officer squatting behind a highway guardrail quickly standing up to take a picture of a car that just sped past him. 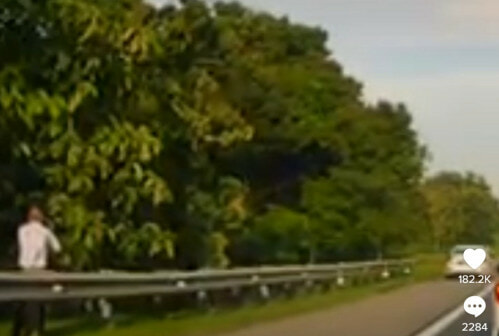 It was a human speed trap!

Although many netizens found the speed at which the officer stood up funny, what made the sighting more hilarious was the way the video was edited.

With NAYEON’s “POP!” as the background music, the zoomed-in screenshots of the officer look comedic.

Many netizens agreed as they made funny remarks about the sighting.

“No wonder when I open Waze, it gives a speed trap notification. But when I look for it, I can’t find it. It turns out that it’s because he’s hiding like that.”

“I only understood after reading the comments. I thought someone was praying by the roadside.”

It is indeed rare to see a human speed trap! Regardless, we should all stay safe by driving within the speed limits. 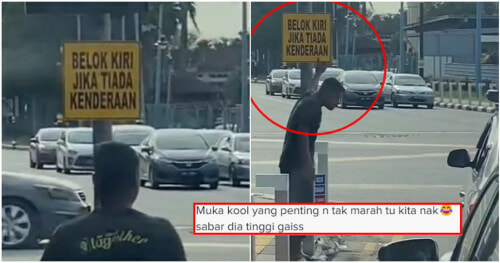