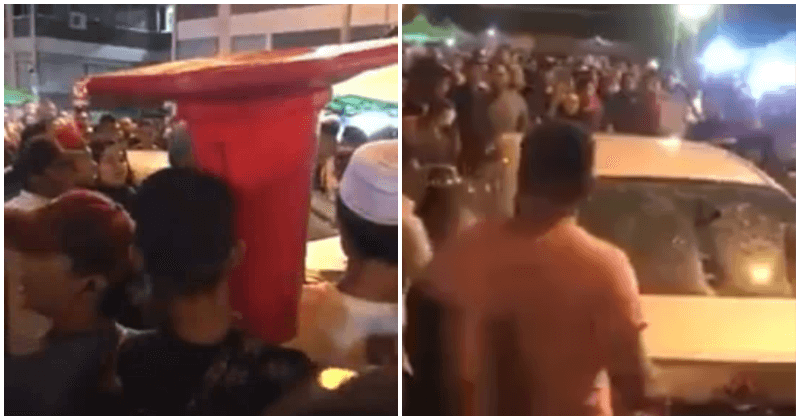 Facebook has erupted with another scandal that is causing some major tension.

Netizen Auni Ameera posted a series of videos showcasing what looks like a riot somewhere in Kelantan.

Apparently 2 girls had mistakenly driven into a closed road, where a Ramadan bazaar was being held. From Auni’s posting, it seems like the crowd was not happy about the girls driving in and started attacking the car. Metal bars were used to smash their windows, while others shouted death threats and some apparently molested the girls.

Further probing into the Kelantan State Facebook page added that the girls not only had driven in to the closed road, but also almost hit someone’s mother that was in their way. The lady had managed to pull her mother out of the way, while the crowd surrounded the car.

The driver and passanger had gotten down to address the crowd. The lady and her mother, along with the crowd were clearly awaiting an apology but instead was met with disdained looks.

“Natey mu nok gapo”, the driver had apparently said rudely, which can be translated to “What do you animals want?” causing all hell to break lose.

The women can be seen trying to defend themselves against a few assailants while other seemed to be trying to mediate the situation. It is unsure how the incident ended while many are questioning the crowd’s actions. Violence is never the answer guys!

Many have voiced out that even if the girls were rude, the crowd should not have acted the way that they did. On the other hand some said that, the girls could have sincerely apologised (considering they almost hurt someone) which could have very much defused the situation. 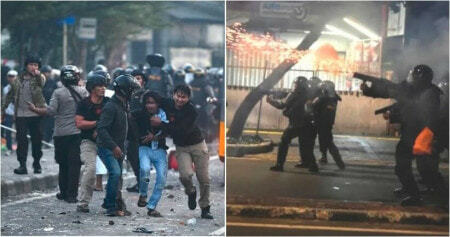