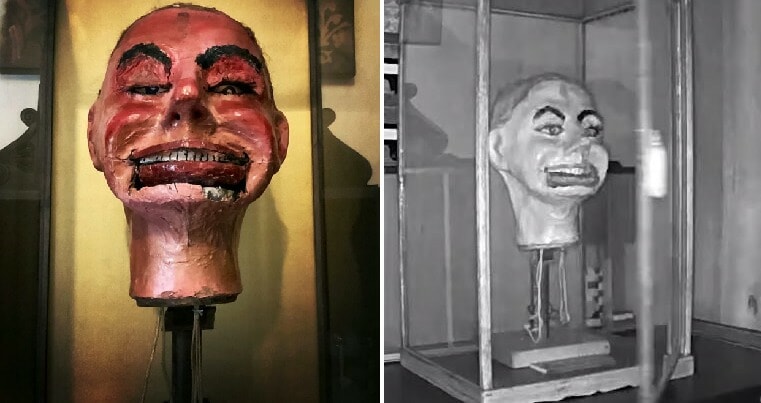 While dolls can be good toys, some dolls can be downright creepy, as evidenced by the number of horror movies based on them. In fact, some of them are based on true stories such as the famous Annabelle doll and it looks like she may have some competition as a new and equally creepy real-life doll has been found. 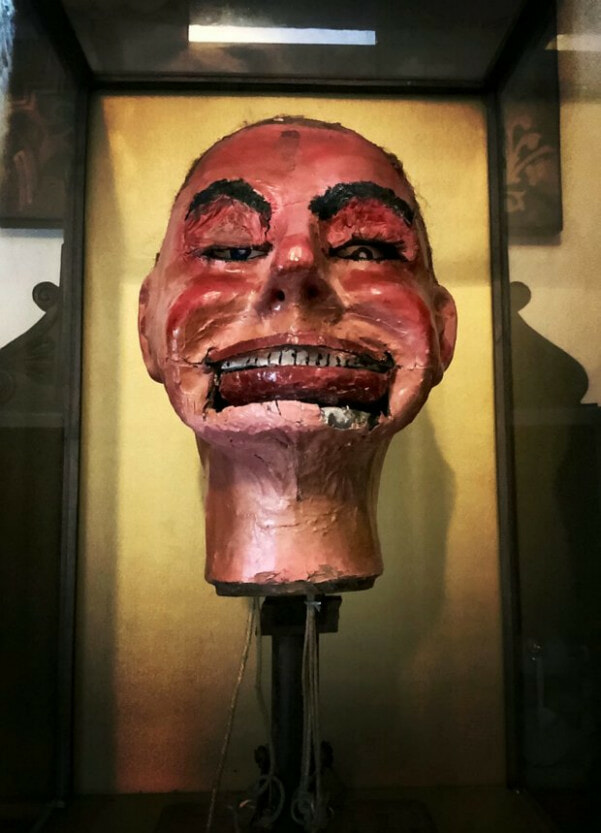 Enter Mr Fritz (maybe he can be Annabelle’s husband?), an antique ventriloquist doll that was given to Michael Diamond, 48. Diamond, from Liverpool told Daily Mail that the doll was made by a prisoner at the World War II Stalag II-B camp that used to be in Germany three months ago.

When he received Mr Fritz, he decided to place the doll in a glass case in his self-proclaimed “freak room” that is full of his weird and wonderful collector’s items such as taxidermy animals, skulls and ancient weapons. However, Diamond feels that his doll is haunted after he viewed CCTV footage of it that shows Mr Fritz moving on his own. 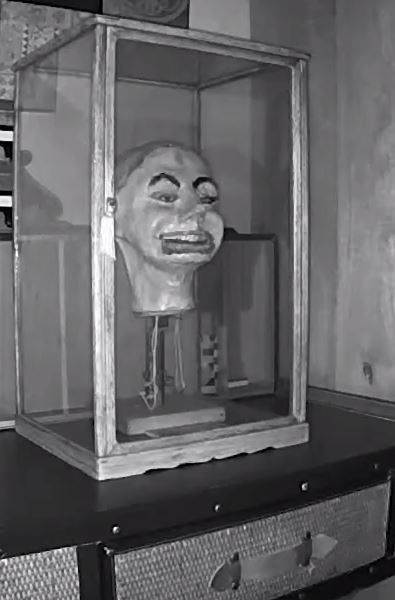 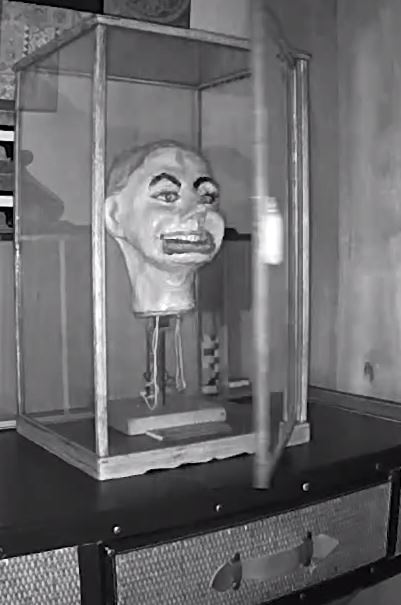 He said that he set up a GoPro facing Mr Fritz case as he felt something weird was going on. The latch on the eerie doll’s display cabinet would open by itself at least once or twice a week. Diamond didn’t think that he would capture anything but set up the camera for fun on September 19th and 20th.

He got more than he bargained for when he viewed the footage later and saw something that can only be described as paranormal activity. In the video, on the first night, it shows the doors of the doll’s case swinging open by itself, which might be explained away, but it’s the footage from the next night that will give you chills down your spine. 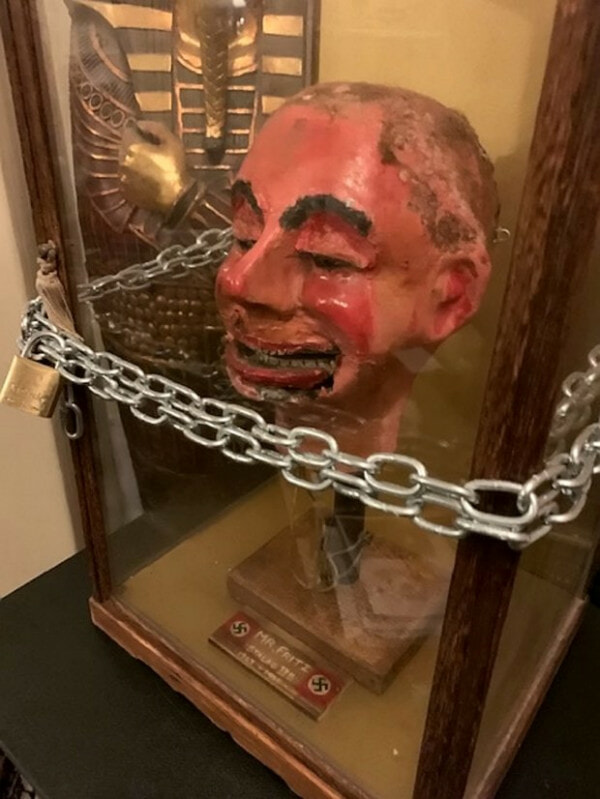 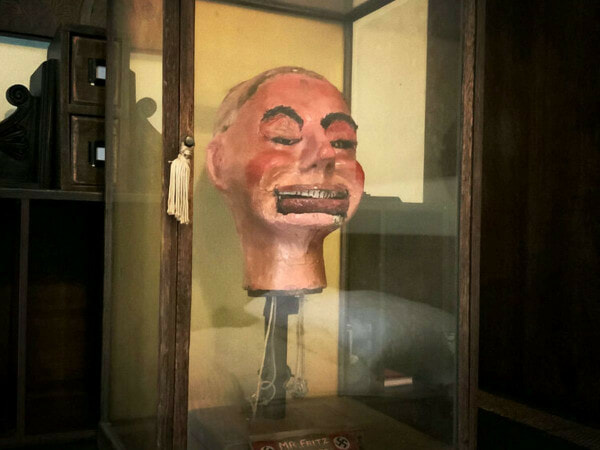 The doll’s heavy-lidded eyes, which were half-closed suddenly spring open and the case’s door swing open as well. Then, Mr Fritz closes his eyes again but the next thing you see is his mouth moving as though he wants to say something but there is no one there. Not anything of this world, maybe.

Diamond says he “got a weird feeling in [his] gut which is hard to describe” after he saw the footage. He told his wife and two children about the doll, and they have told him that they don’t like it. Still, Diamond says that he wants to keep the doll as he is already emotionally attached to it. However, he is not scared of the doll, just wary.

When asked, he said that he has no explanation for what happened. “I have no idea myself. I don’t even know where to start. There are no open windows in the room and no airflow. The door is on a latch so it shouldn’t just swing open.”

Now, Diamond says that he wants to stop this paranormal activity as his family doesn’t like it. Mr Fritz’s case is now chained up and covered in a blanket but it was not revealed whether this has stopped any funny incidents from happening. He assumes that the person who created the doll worked as a ventriloquist before he has taken as a prisoner-of-war.

That’s certainly creepy! We definitely don’t want that anywhere near us!

Also read: Dolls Possessed by Spirits for Luck & Wealth Are Allegedly Making a Comeback in Malaysia 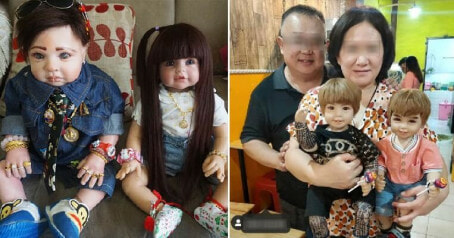