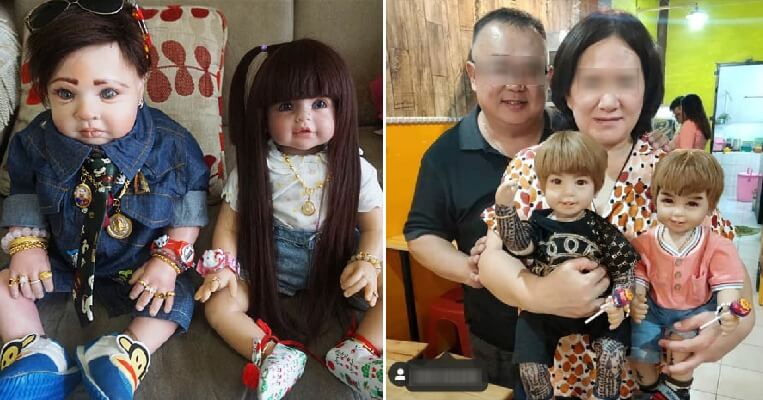 Most of us know who is Annabelle, that creepy-looking doll that has been haunting our dreams since the movie was released. As we all know, there are so many horror movies featuring lifelike dolls that we just can’t help but be spooked when we see one. 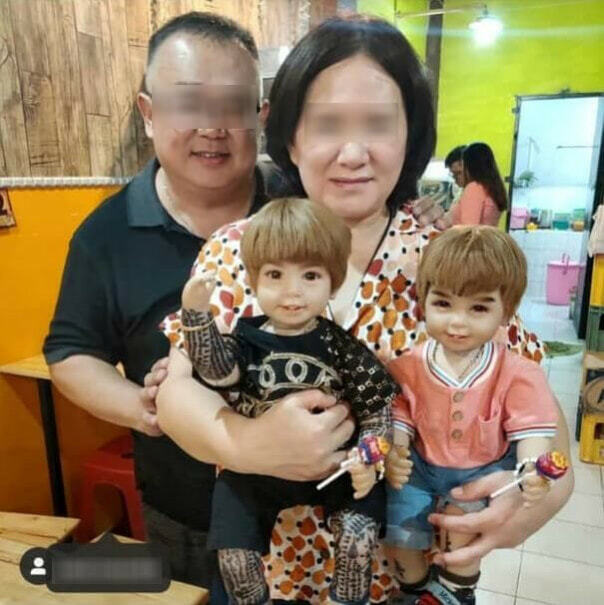 However, there are people in Thailand who do not seem to care about this (or perhaps they prefer dolls like these) as they have the culture of adopting Luk Thep (Child God) dolls.

These dolls are supposedly inhabited by child spirits and can presumably bring good luck and prosperity to their owners.

While these dolls have been popular in Thai culture for quite some time, it looks like this trend is making its way into Malaysia. According to China Press, these Luk Thep dolls have been spotted in Malaysia and messages have been circulating on social media, warning others not to get too close to these dolls. This trend has died down in Thailand since it hit its peak in 2016. 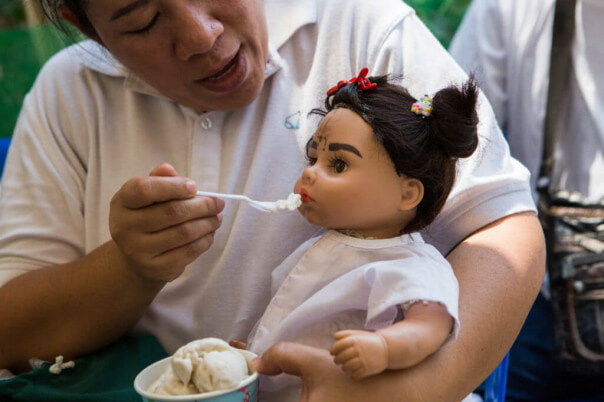 Apparently, the messages claim that these dolls contain black magic that can curse or hypnotise others as long as their owners wished for them to do so. While this has not been confirmed, Time has reported before that Mama Ning, a woman who claims to have started the trend about 10 years ago says that she makes and customises the dolls by creating new children’s souls who can live inside the dolls. She adds that she would match potential dolls with their owners and it is a spiritual process.

The messages also warn those who are thinking of “adopting” one of these dolls to be careful because it is similar to getting a child. Once you have adopted one of these lifelike figurines, it is for life and you will have to take care of it just like how you take care of your own child by feeding, bathing, dressing them and even bringing them out to jalan-jalan. 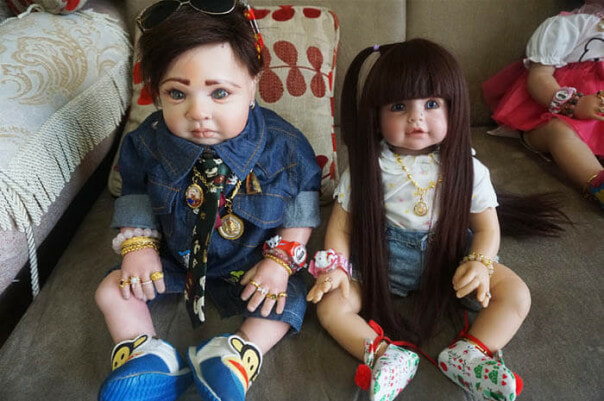 Of course, we should respect all religions as they have their own beliefs as long as it doesn’t harm anyone else but do make sure that you understand what you are doing when you choose to dabble in rituals like these!