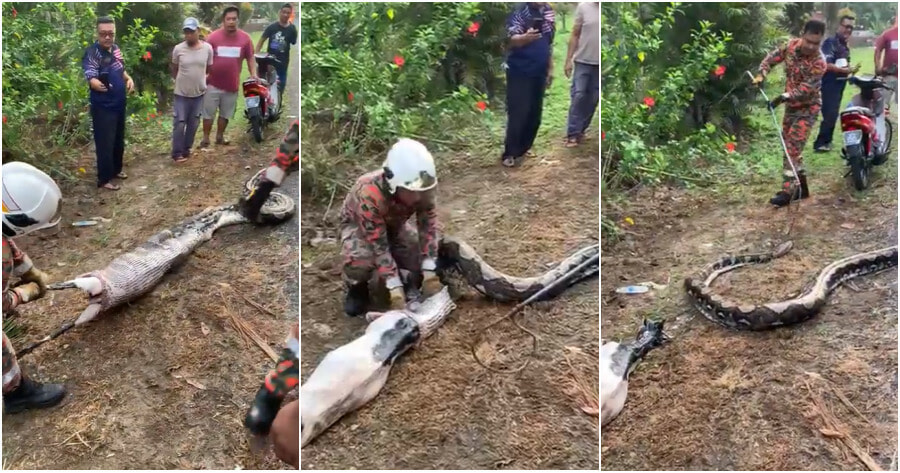 As the popular saying goes, don’t ever mess with mother nature. But what happens when it is necessary to put an end to the natural workings of the ecosystem?

Recently, a video of a group of firefighters removing a goat that was being digested by a 80kg snake went viral on social media platforms.

In the video, an abang bomba could be seen holding onto the legs of the goat as he attempted to drag it out of the clinch of the massive snake. 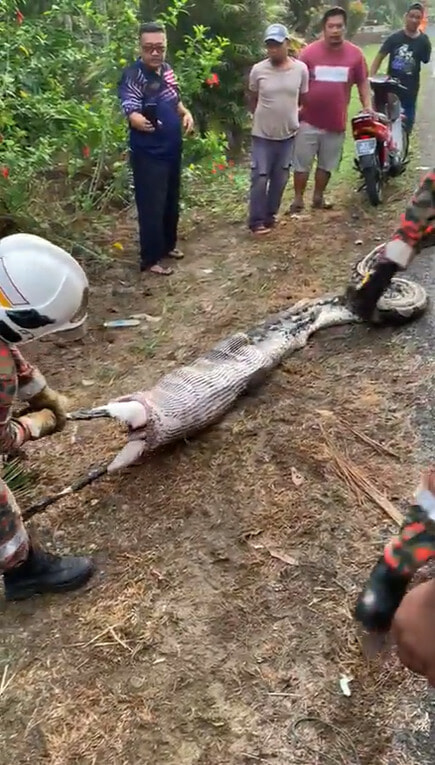 Slowly but surely, the abang bomba manages to pull out the carcass of the goat. Whilst there was a minor struggle at the end, the snake eventually let go off its prey completely as the firefighters then managed to capture it. 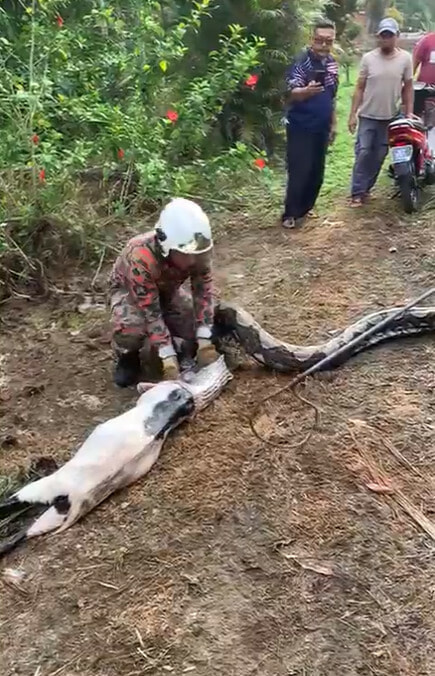 According to a report by Kosmo! a man was shocked to find that the snake was in a goats pen appearing full as it was digesting a goat in Felda Inas in Johor.

The snake which weighs 80kg and measures 6 metres was successfully caught with the help of the fire team from the Kulai Fire and Rescue Station.

Operations Commander, Senior Fire Officer (PBK) II (KUP) Firdaus Juritah said that his party received a call about the incident at 7:21am. 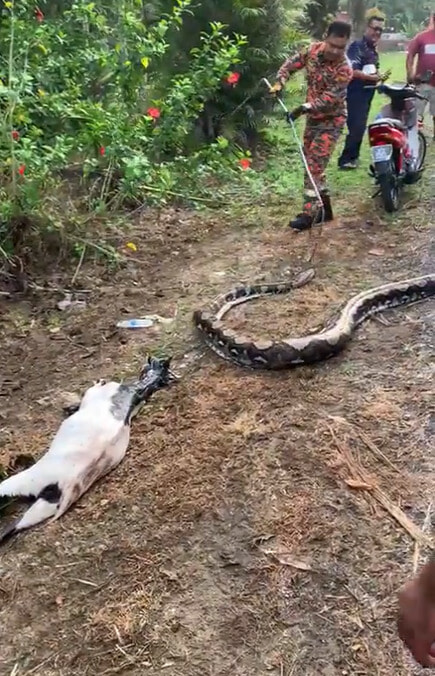 He said that a total of 8 members rushed to the location and found the reptile in question motionless in the goat pen.

“The firemen took about 15 minutes to catch the snake. The snake was then released to an area far from the settlement area,” he said in a statement.

Is it animal cruelty?

Clips of the incident has gone viral on social media. A number of users were dissatisfied and said that the firefighters should’ve just let the snake digest the goat properly instead of interrupting it as the goat is already dead.

“That’s nature. Why did you take out the goat. That’s its food, let it be. Snakes have rights too.”

“If the snake is already eating it, why did they pull the goat back out?” asked a user.

Another said, “Why couldn’t you let the snake digest the goat first? The goat is not alive anymore anyway even if you take it out. That’s the opportunity for the snake.”

On the other hand, a few netizens took to the comments section to educate the users who questioned the firefighters for taking out the carcass of the goat.

They explained that normally snakes that have just eaten would not be able to move for a while, hence they’d often vomit back out whatever they had eaten so that it could run and keep itself safe.

“Normally snakes that feel that they are under danger would vomit back what they digested so it would make it easier for it to run. The process of it swallowing the whole goat would take a few weeks,” explained another user.

Also read: Man on Motorcycle Picks a Fight With a Wild Boar Only To Get Stuck on an Oil Palm Tree 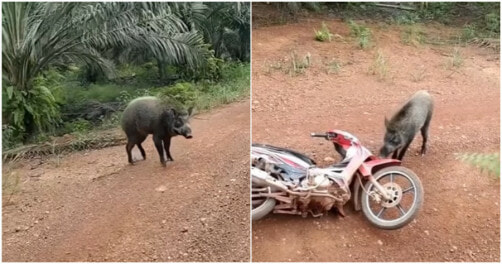