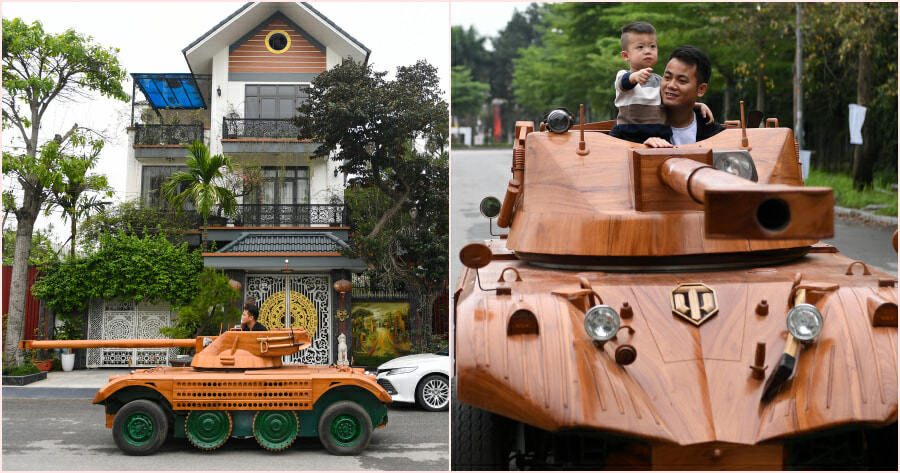 A Vietnamese father has spent hundreds of hours and invested thousands converting an old van into a wooden tank for his son — an unusual hobby in a country once ravaged by war.

Every weekend, Truong Van Dao trundles what was once a 16-seat minibus around his neighbourhood in Bac Ninh province, east of capital Hanoi, with his three-year-old son sat proudly in the turret. 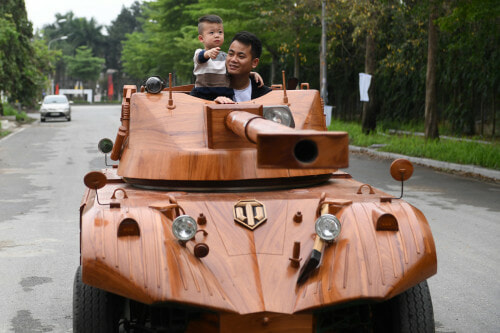 “My son and me find it more fun riding the tank, which has nothing to do with weapons nor war,” Dao told AFP.

“I only considered it as a normal car, renovated it into a tank to make it more interesting,” the 31-year-old carpenter added.

It took Dao and two colleagues three months to turn the unused van into the tank.

He retained the main engine and the minibus floor, but rearranged inside to make space for the gears.

While the ornate wooden covering wasn’t a problem for the carpenter, ensuring all eight wheels moved simultaneously was. 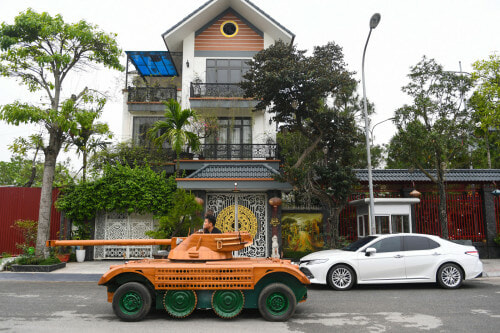 “The most difficult part was how to make the four subordinate wheels run,” he said.

As a result, Dao and his son won’t be breaking any speed records.

The top speed is a sedate 25 kilometres per hour — any faster and the cable connecting the wheels will disconnect and they’ll be stuck. 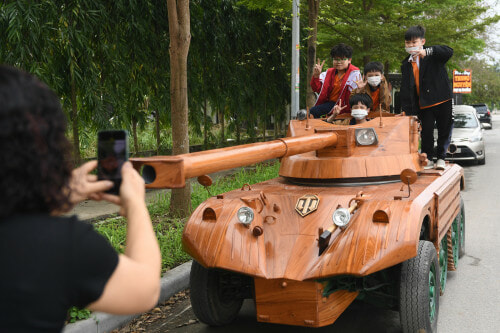 The vehicles have been firmly associated with the historical moment when communist tanks crashed the entrance of Saigon’s Independence Palace in 1975.

It ended a bloody period for Vietnam, with the country having endured conflicts with France, the United States and China.

Vietnamese fighting the Americans were given tanks by allies Russia and China. But now tanks are more associated with children’s toys, as they play with plastic versions every weekend in Hanoi.

“If all tanks in this world were the same as my tank, there would be no harm, just fun,” Dao said proudly.

VIDEO: A Vietnamese father has spent hundreds of hours and thousands of dollars converting an old van into a wooden tank for his son pic.twitter.com/bT6QKBVDGq

Also read: These M’sian Parents Decided To Bring Along Megatron & Bumblebee To Their Child’s First Day of School! 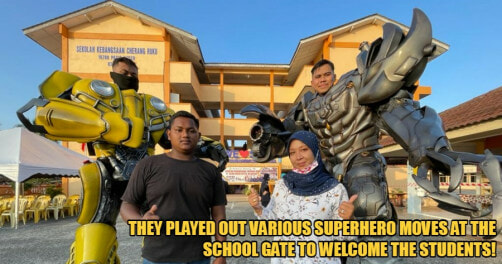