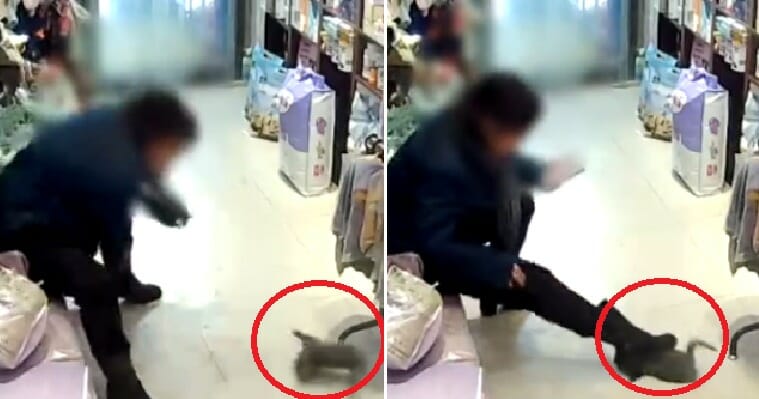 No animal should be treated this way! A video of a woman from Jilin, China brutally abusing her pet kitten by throwing it roughly on to the ground and stepping on it has been circulating on social media and it’s simply horrifying. The incident happened on November 19th in a pet shop and it happened because the pet shop owner refused to refund her after she had bought the kitten. 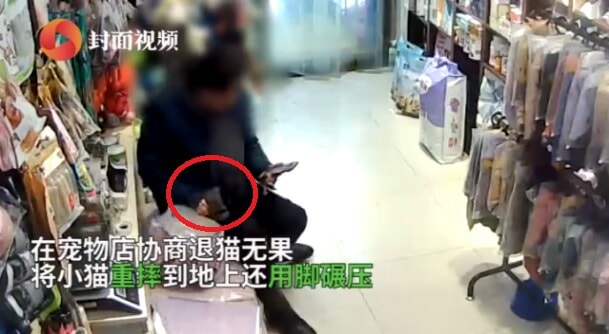 According to China News, the woman had started arguing with the pet shop owner and in the midst of the squabble, she had pulled out the kitten. The woman then threw the helpless kitty on the floor and screamed that she was going to throw it to death before she viciously stepped on the struggling cat. The poor animal!

The pet shop owner explained that on November 14th, the woman had come to the store because she had lost her pet cat, so she wanted to buy another cat. The owner advised her to go home and look for her pet before buying another. However, the woman came back the next day and insisted on buying another cat. 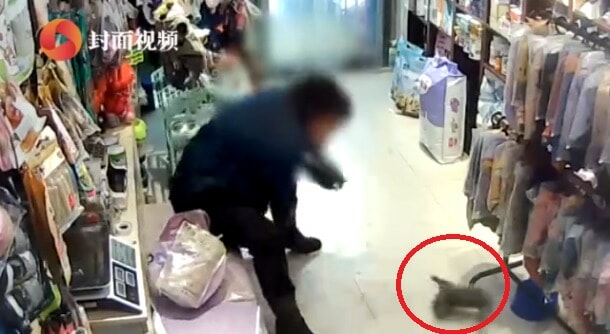 The owner allowed her to do so but told her that she could not refund the cat after that. Just four days later, the woman came back and informed that she managed to find her lost cat. She wanted to return the new kitten but the owner refused. The woman then asked her to give cat litter, food, a climbing post and other supplies as compensation but the owner disagreed.

An argument broke out between them and when the owner left the scene for a while, the woman sat down angrily on a bench at the store with the cat in a bag. CCTV footage of the incident shows the kitten moving inside the bag, which made her angry, and she hit the bag. 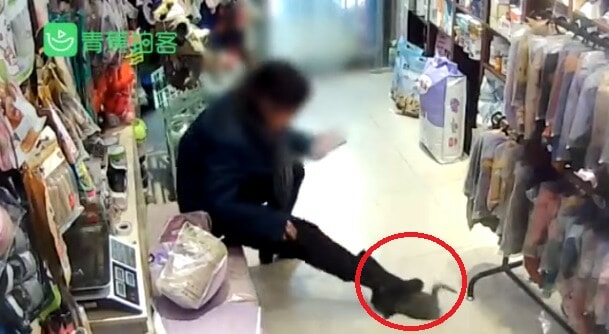 The kitten crawls out of the bag onto the woman’s lap and in her anger, she grabbed the kitten by the neck and smashed it to the floor. The kitten can be seen struggling nearby and when it starts to crawl nearer to the woman, she takes her heavily booted foot and steps on the poor animal. She stuffs it back into the plastic bag after that.

The footage was widely circulated on the Internet which caused many netizens to be angry. They said that she shouldn’t be allowed to have pets and all the cats should be taken away from her. The police were called to intervene in the matter and after that, the store said that the matter was settled. 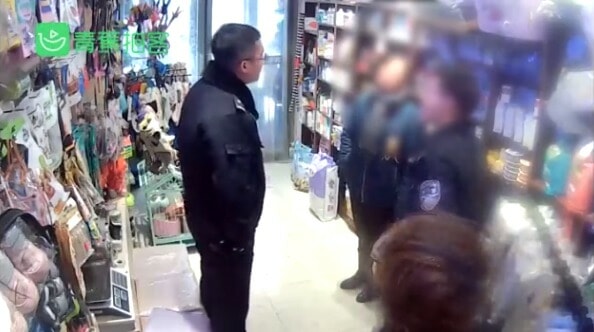 Apparently, the woman had apologised to the owner and promised that she would take good care of both her cats. She also said that she would post regular updates about her cats to prove that they were well-taken care of. She issued a public apology on her social media and said that she was actually an animal lover. Really?

We hope that the poor cat has recovered from the horrible treatment it received! 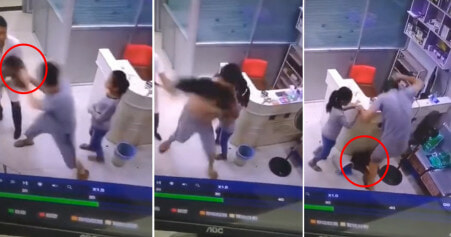