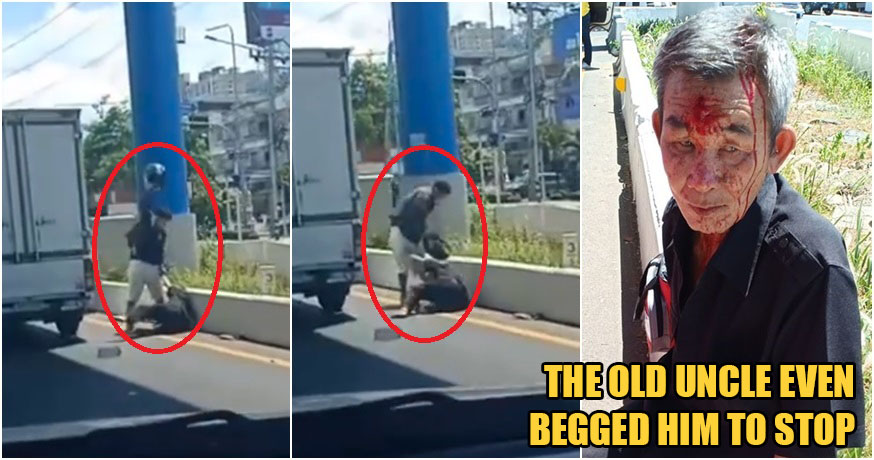 Causing harm and injury to anyone is not something we should ever tolerate. But to injure and harm the elderly, who are too weak to defend themselves, to begin with? That is a crime that is definitely not acceptable.

Yet, in a fit of rage, one man in Thailand had the audacity to do exactly that, beating an old taxi driver uncle up after an accident that he himself caused, before leaving him bleeding by the roadside. Photos of the incident, which have been circulating on Thai social media, have since caught the attention of netizens everywhere.

According to the post that was shared, it was alleged that the taxi driver uncle was driving when the motorcyclist suddenly cut ahead of him out of nowhere, leading to the accident.

Upon getting out of his car, he was then assaulted by the motorcyclist, who used a helmet to hit the old man to a point where he fell to the ground!

The entire incident was caught on video, but the motorcyclist unfortunately fled the scene, leaving the old man bleeding by the side of the road. Thankfully with the help of kind drivers, emergency services were immediately called to the scene. 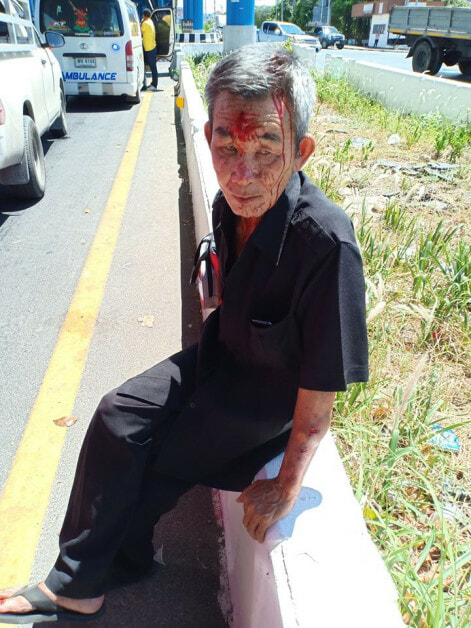 From initial observation of the photos, it can be seen that the uncle suffered injuries to his head, with an open wound bleeding down onto his face and arms.

We hope that the man responsible for this vicious attack will be held accountable for his actions, and we wish the elderly uncle a speedy recovery from his injuries.