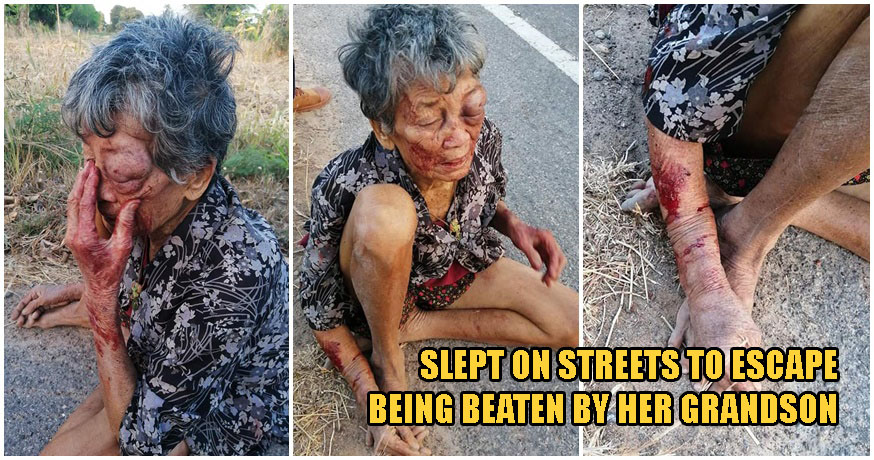 Whether it be our mothers or our grandmothers, maternal figures who raised us since our childhood days should always be respected, honoured, and loved. After all, the sacrifices they make to ensure that we grow up in a happy and healthy environment takes plenty of hard work and dedication. However, it would appear that not every child shares that same filial piety for their maternal figures.

In a heartbreaking Facebook post that was recently shared over social media, an elderly woman in Thailand was on the receiving end of absolutely unthinkable abuse, after being found kneeling on the roadside. 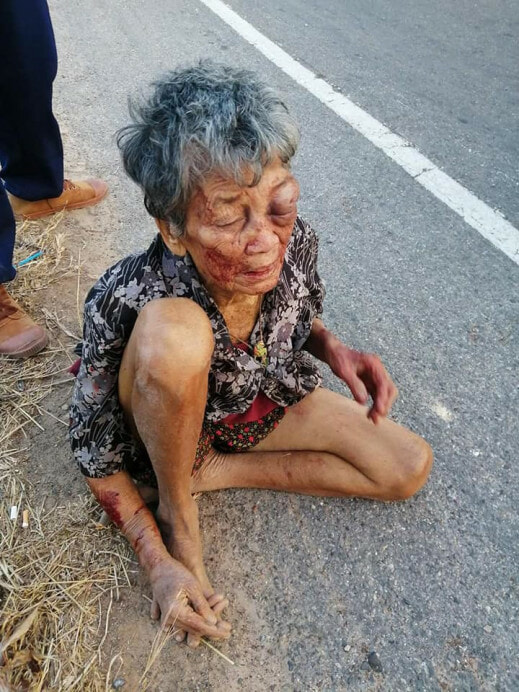 According to the Facebook user who found the elderly woman, the reason how she ended up severely beaten, swollen, and eventually abandoned, is just as tragic as her injuries are. Apparently, she told him that her grandson was an alcoholic, and would often beat and kick her when he was drunk. As they share the same house, there was simply no escape. 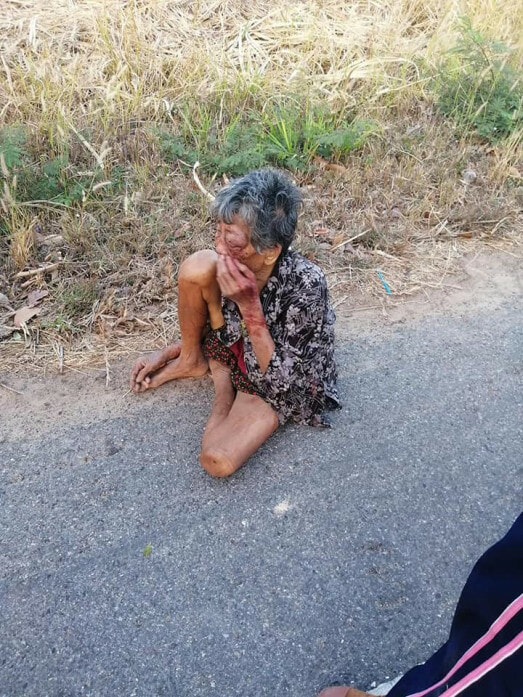 So after receiving one of the most brutal beatings, the elderly woman had no choice but to run from home and sleep on the streets.

“I am an old woman. What can I do to defend myself? I don’t have the strength.” she said.

From the photos, it is clear that she had suffered plenty, as her eyes are visibly swollen and bloodshot, and her arm appears to be injured, with a wound that still bled openly. 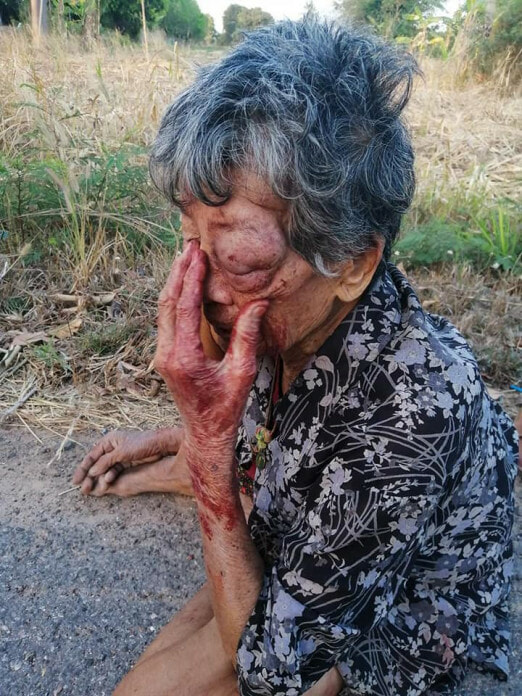 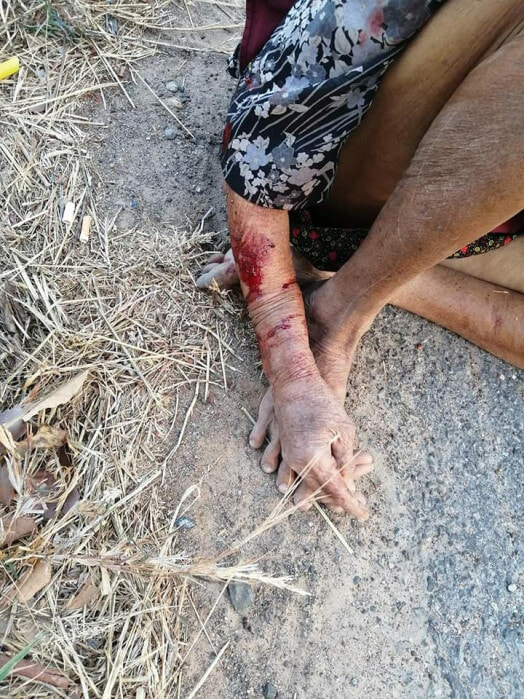 It is currently uncertain as to whether the elderly lady has been sent to a hospital for treatment, or if a police report has been lodged over his grandson’s extremely abusive behaviour.

Regardless of which, we hope that she gets the help she clearly needs, and will be taken care of by proper medical staff soon!

Also read: 102yo Chinese Grandma Treats 50yo Malay Man As Her Own Grandson, Despite Not Being Related 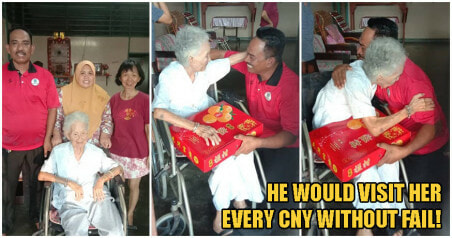