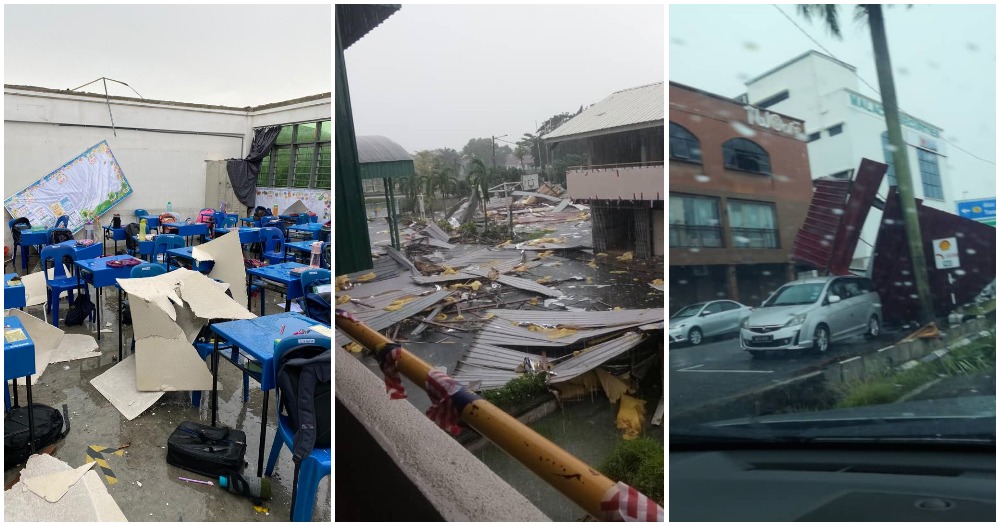 In unfortunate news, a freak storm that happened in Melaka this morning has put us on high alert. Social media users have shared pictures and videos of the destruction that happened from the storm.

Based on these, it seems that Malim, Melaka has suffered the most due to the storm. Strong winds and rain caused extreme property damage throughout areas in Melaka.

A netizen shared pictures from the aftermath of the storm which caused serious damages to a school.

Aftermath of the storm that damaged a school pic.twitter.com/px69tk3ZdX

While the storm seems to have ended, the people of Melaka are still suffering from the aftermath of the storm with their properties and businesses destroyed. Several trees were uprooted from the sheer impact of the storm.

Glass panel of shoplots ripped apart by the storm pic.twitter.com/pfhDFeMUhG

Netizens chimed in with their comments of thoughts and prayers hoping that the people of Melaka would stay safe during this unfortunate time.

“The storm is really bad in Melaka. Hope everyone is protected and stays safe.” 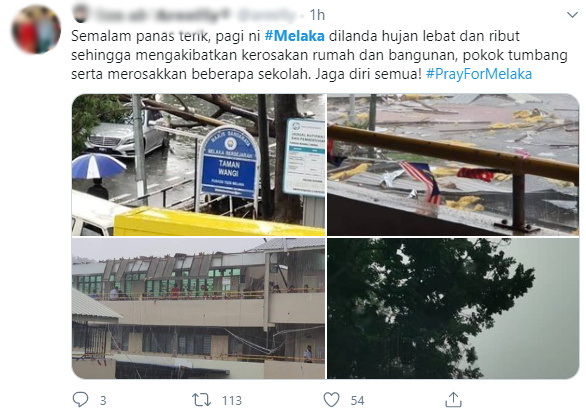 “It was so hot yesterday but today, Melaka has been hit with heavy rain and storm causing damages to the houses and building and even uprooting trees. Stau safe everyone!” 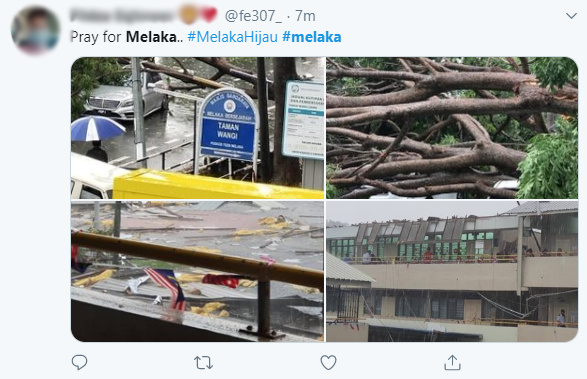 We hope Malaccans are staying safe during this unfortunate time!