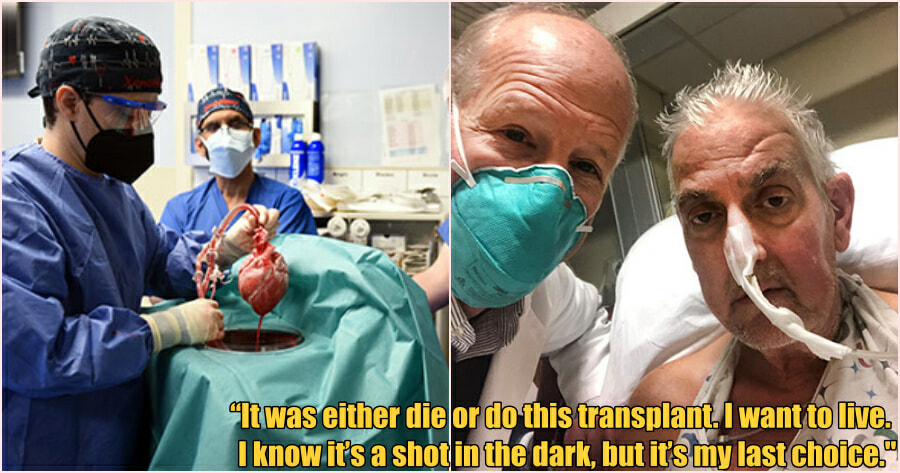 As technology and medicine get more and more advanced, all eyes are now on the use of animal organs in humans, also known as xenotransplantation.

Although many may not like it, what appears to be the resounding answer is that pigs are the most compatible organ donors for human beings.

Last year, a kidney which was obtained from a genetically engineered pig was transplanted into a deceased donor. Doctors observed the organ and found that it continued to function as expected.

Now, it has been reported that scientists and clinicians from the University of Maryland, USA have managed to perform a successful transplant of a pig’s heart into a living adult human. 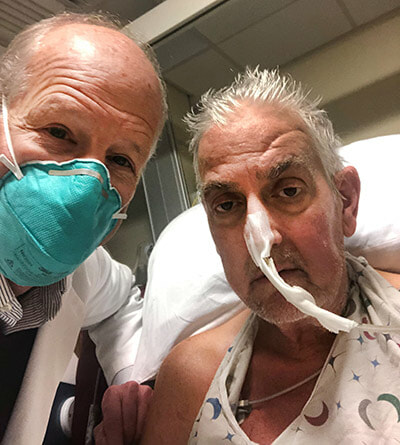 In a statement, the university said that it was performed to a 57-year-old patient with terminal heart disease who had received a genetically-modified pig’s heart as it was the only currently available option.

The patient was reported to be still doing well three days later and the organ transplant demonstrated for the first time that a genetically-modified animal heart can function like a human heart without immediate rejection by the body.

“The patient, David Bennett, a Maryland resident, is being carefully monitored over the next days and weeks to determine whether the transplant provides lifesaving benefits. “

“It was either die or do this transplant. I want to live. I know it’s a shot in the dark, but it’s my last choice,” said Mr. Bennett, the patient, a day before the surgery was conducted.

He had been hospitalised and bedridden for the past few months. “I look forward to getting out of bed after I recover,” he said.

Before consenting to receive the transplant the patient, was fully informed of the procedure’s risks, and that the procedure was experimental with unknown risks and benefits.

He had been admitted to the hospital more than six weeks earlier with life-threatening arrythmia and was connected to a heart-lung bypass machine, called extracorporeal membrane oxygenation (ECMO), to remain alive.

In addition to not qualifying to be on the transplant list, he was also deemed ineligible for an artificial heart pump due to his arrhythmia.

“This was a breakthrough surgery and brings us one step closer to solving the organ shortage crisis. There are simply not enough donor human hearts available to meet the long list of potential recipients,” said Bartley P. Griffith, MD, who surgically transplanted the pig heart into the patient. 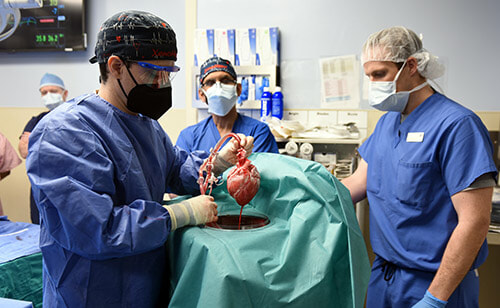 According to the report, about 110,000 Americans are currently waiting for an organ transplant, and more than 6,000 patients die each year before getting one.

“We are proceeding cautiously, but we are also optimistic that this first-in-the-world surgery will provide an important new option for patients in the future,” he added.

The university has also uploaded a video of the process which you can watch below:

Has this convinced you that taking an organ from a pig or any other animal could be life saving? Let us know in the comments 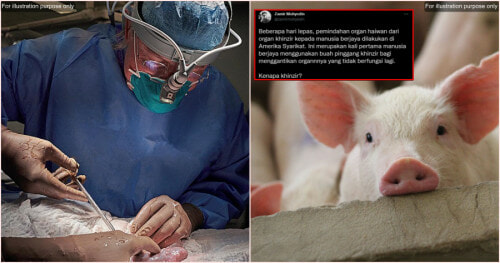 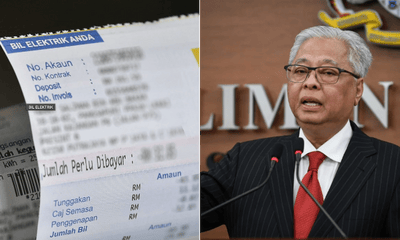