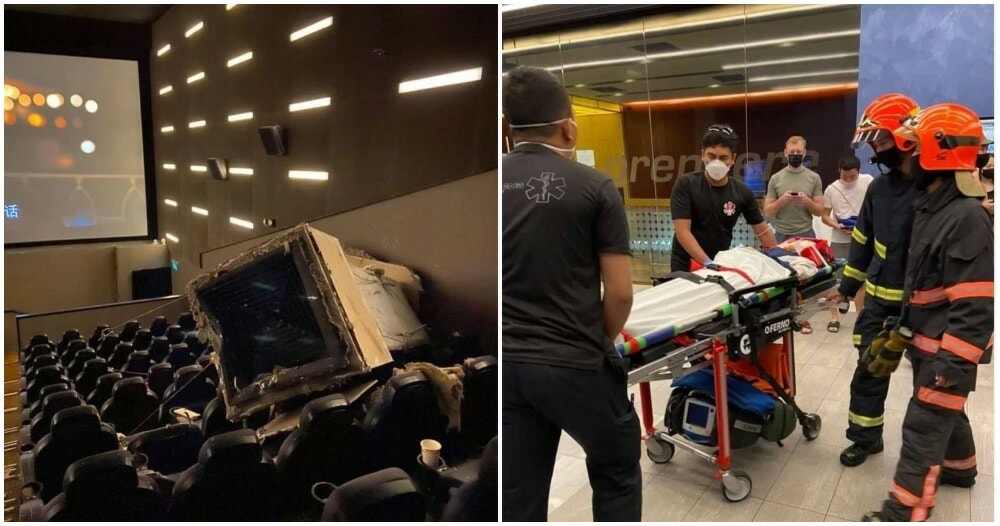 This is the stuff of our nightmares.

Two people have been injured while they were watching a movie when a ventilation duct fell on them.

This incident has been confirmed by Channel News Asia and The Straits Times. It has been said that the incident happened at Shaw Theatres NEX, Serangoon, Singapore at around 4.45pm on 30 August. 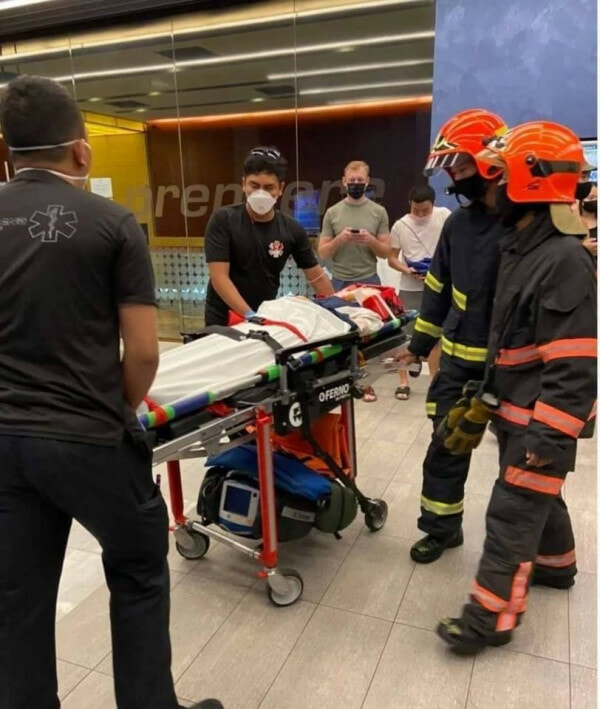 The spokesperson told the two news agencies that the victims were quickly attended to by their staff and by the paramedics. The victims were then taken to the hospital.

Shaw Theatres have said that the authorities are informed of this case and they are working together with the relevant parties (such as the landlord) to investigate further. 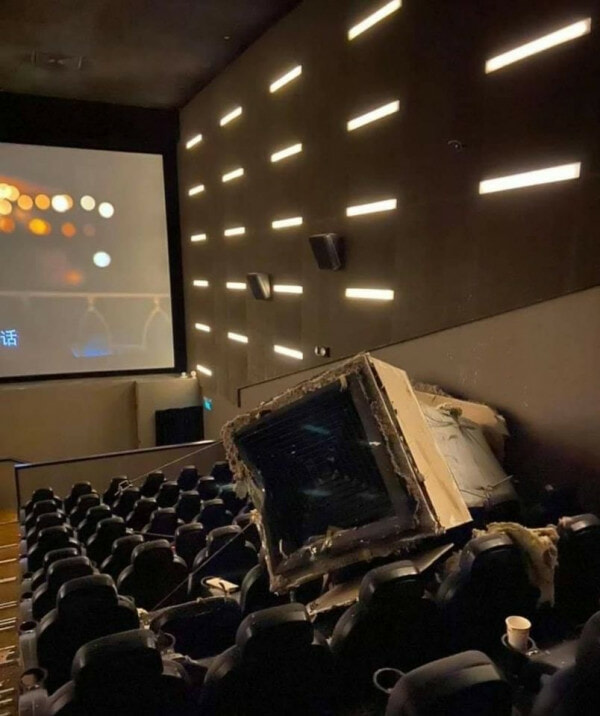 It is said that as soon as the incident happened, all the patrons (even those in other halls) were evacuated outside and were asked to give name and contact numbers to facilitate a refund. The particular cinema has since been closed for further inspections and investigations. 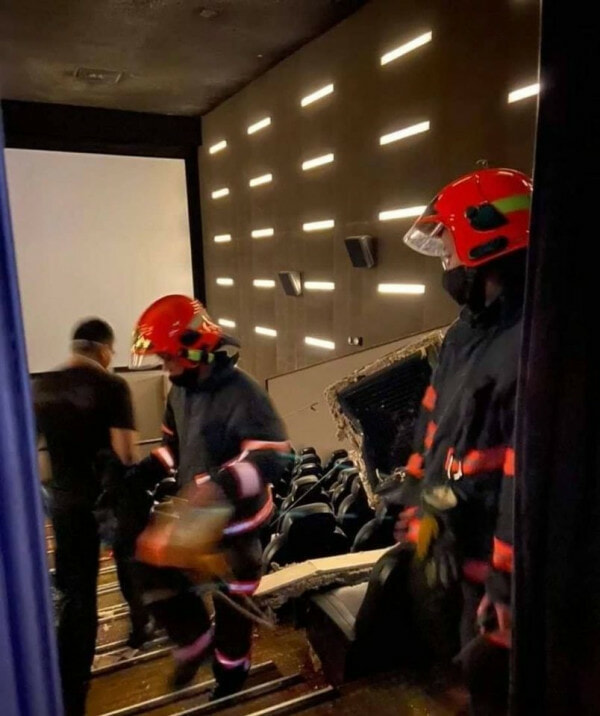 In a viral photoset of that incident, we see the massive vent duct lying on a few of the cinema seats. A woman was seen laying on the ground, clutching her head while two men tried to help her. Another person was transported on a stretcher to the ambulance and then to the hospital. 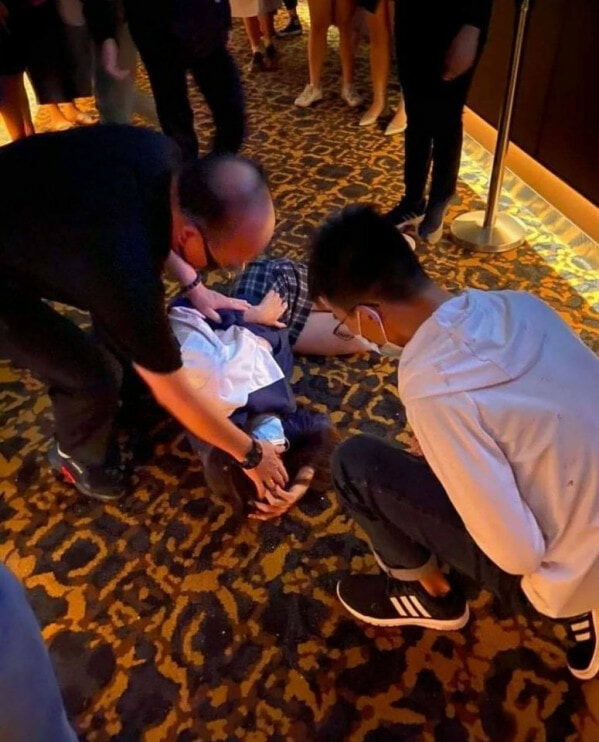 Netizens in the comments section expressed their fear of going to the cinemas in the near future while some joked that they should start supplying helmets too.