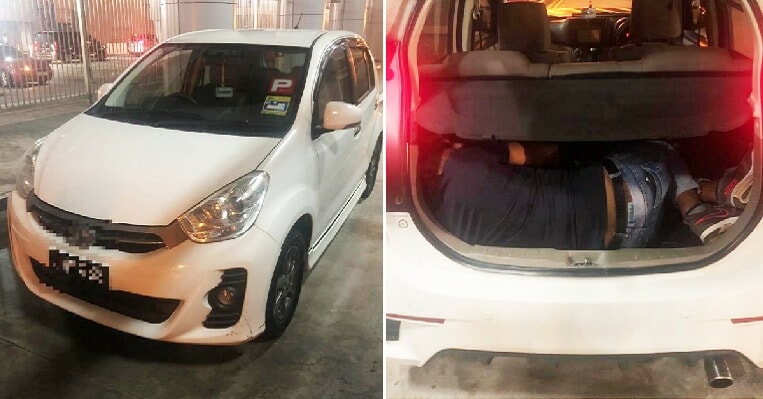 The Perodua Myvi is one of the most popular cars in Malaysia and it seems that it can be used for almost anything at all, though we don’t think the designers were prepared for this eventuality. That’s right! The Singaporean Immigration & Checkpoints Authority (ICA) recently said in a press release informing that they have stopped a Malaysian Perodua Myvi that wanted to leave the Woodlands Checkpoint. 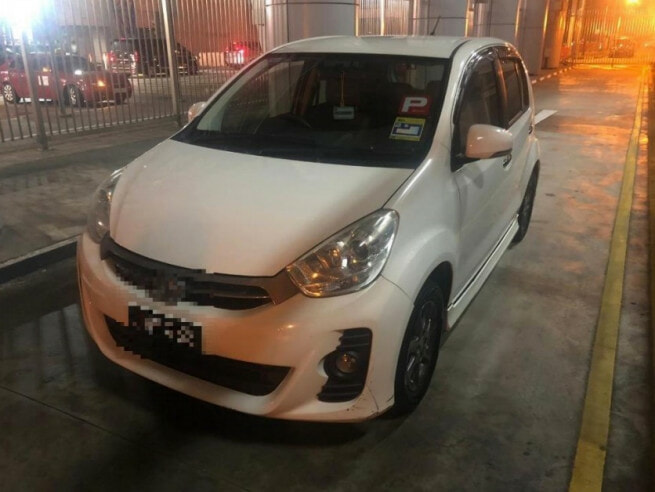 The white Perodua Myvi was leaving the checkpoint around 8.20pm on 5th August when ICA officers stopped the car for a routine check. The driver was a 28-year-old Malaysian woman and she was accompanied by a 33-year-old female Malaysian passenger.

To the surprise of the ICA officers, they discovered a man hiding in the car boot and immediately arrested all three of them. Okay, the Myvi has a really spacious boot but that’s not how you use it! Upon further checking, the man was revealed to be a 31-year-old Bangladeshi who had no proper travel documents and investigations are still ongoing.

It is unclear why the two women were transporting an illegal immigrant out of the country but the ICA says that they view this matter very seriously. Based on Singapore’s Immigration Act (Cap 133), the penalties for illegal entry are a jail term for a maximum of six months and a minimum of three strokes of the cane. 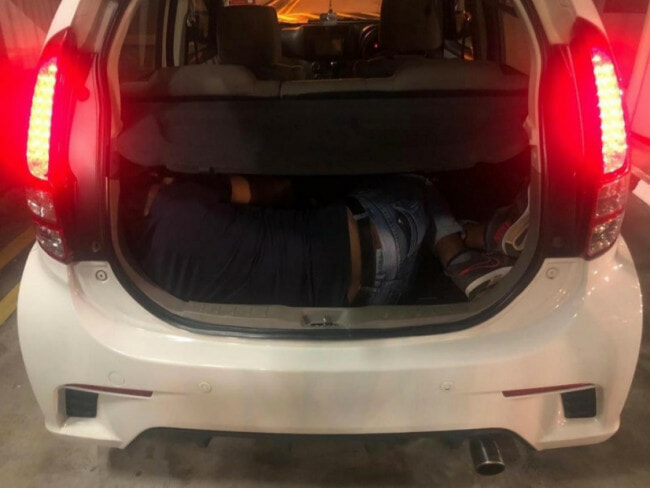 For illegal departure, those found guilty will be fined up to $1,000 (RM3,028), a jail term of up to six months, or both. If you’re convicted of ferrying prohibited immigrants out of Singapore, then offenders can be jailed for a maximum of five years and get a minimum of three strokes of the cane. The vehicles used in such offences are liable to be forfeited.

That’s definitely not how you’re supposed to use the Myvi’s car boot so stay away from illegal stuff okay! 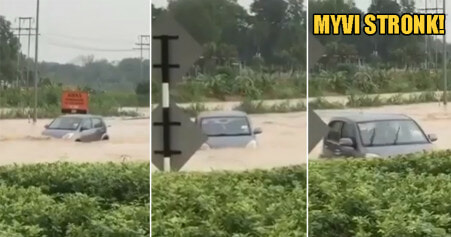