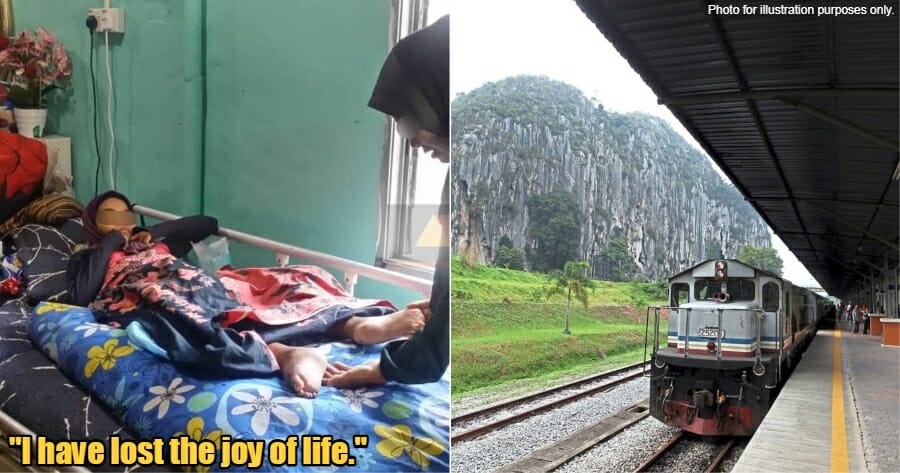 A teenage girl from Kampung Bakar Bata in Perak is hoping to experience riding on a train before she passes.

17-year-old Aziana Shaari is bedridden after she was paralysed when her spine was crushed by a concrete wall seven years ago.

According to a report by Kosmo, she has kept her desire to ride on a train since she was young.

“Since I was a child, I was really excited to see trains going back and forth on the tracks near my house every day and kept the desire to ride on one until I grew up,”

“However, the dream has not been achieved because when I was 10-years-old, I was involved in an accident that hit a concrete wall, causing the dream to be abandoned until now,” she said. 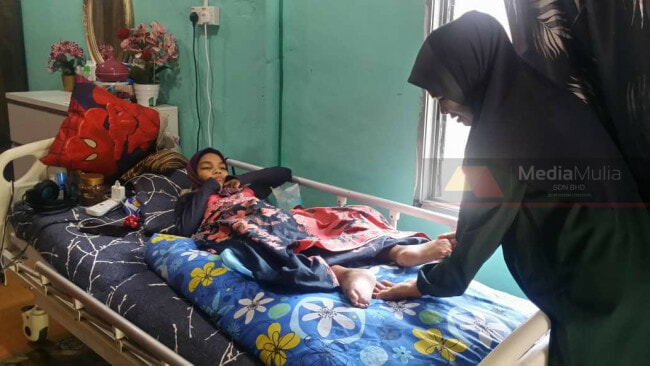 As a result of the accident, her spine was destroyed and she has been suffering from a permanent disability as her kidneys were damaged, her intestines no longer function and she does not have the sense of touch from the waist down.

“I have lost the joy of life since the incident and this is the only dream I want to fulfil before I die,” she added.

“However, with my limited abilities as well as the difficulties I face as a single mother, it is an obstacle to fulfil her dream,” she shared.

The RM500 monthly assistance they receive from the Social Welfare Department is only enough to meet Aziana’s needs such as for her disposable diapers and her medicines.

Also read: M’sian Woman Repays Father With New Motorcycle, After He Had Sold His Old One For Her Tuition Fees 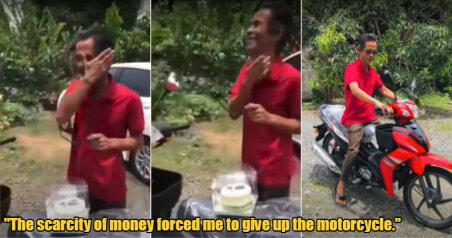