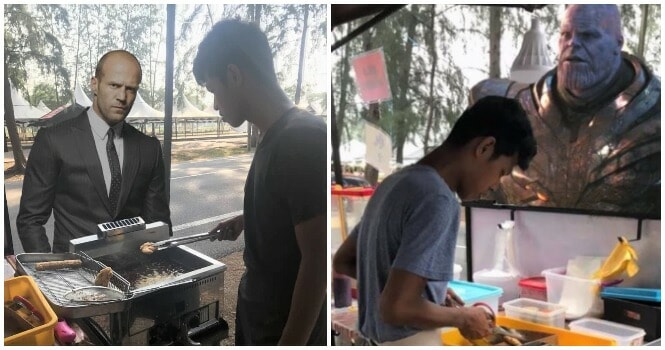 Friendships are a beautiful thing and it’s awesome when friends go to any lengths to help each other out. Sometimes, it’s a heartfelt story and other times it’s hilarious. This story is a little bit of both.

The photos were then uploaded to Marwan’s Instagram stories and another friend of theirs shared them on Twitter. In Twitterjaya, the photos went viral with over 17.4K retweets.

In one of the pictures, it looks like Optimus Prime travelled all the way from Cybertron just to buy ayam gunting from this stall. 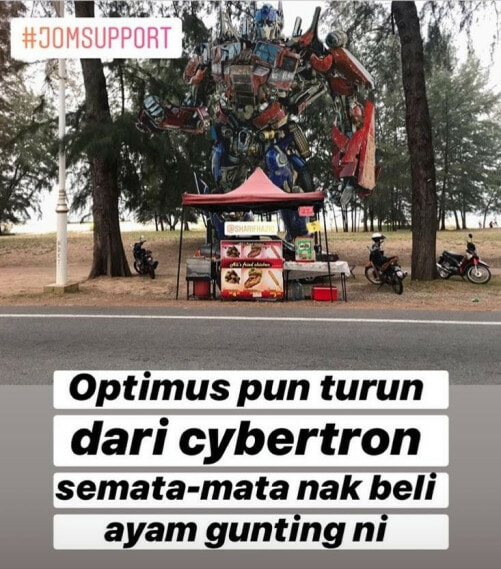 Turns out, Thanos is a loyal customer of this place too. Apparently, Thanos has already bought the ayam gunting four times. 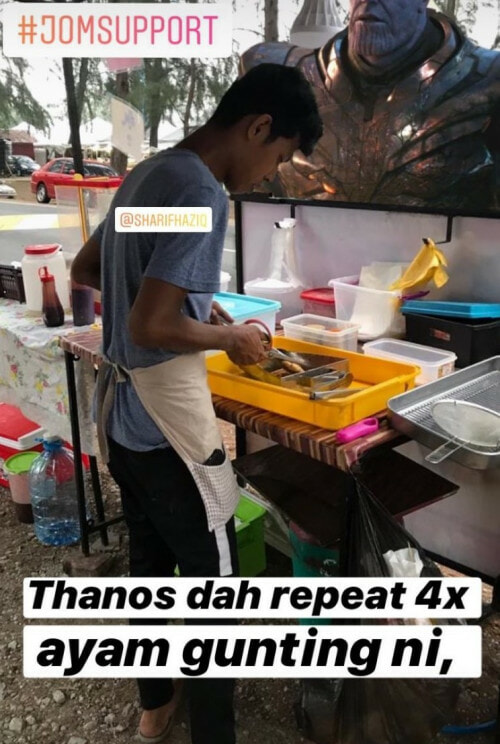 The Fast and Furious gang stop by occasionally too. Walaowehhhhhh, not bad ah this place. 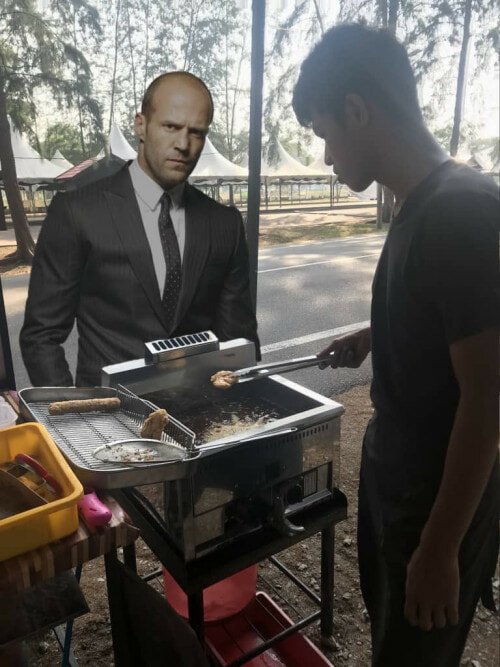 “A lot of people have promoted the usual pictures, that’s why I used these edited pictures to promote,” Marwan told mStar.

“I edit these pictures to get rid of my boredom. I like to edit pictures of my friends for fun,” he added.

“Seriously, I didn’t expect it to go viral,” he said.

Marwan said that he is happy that he got to help his friend to promote his ayam gunting stall.

“When I was posting the pictures on Instagram, my friend was laughing. But when it went viral, he was surprised,” Marwan continued.

“I really hope his business does well. I hope if I start a business in the future, that help will somehow be paid forward,” he concluded.

Netizens adored their friendship and a lot of them shared their thoughts.

“We need a friendship like this,” another netizen said.

One netizen said that their friendship is a real friendship.

Hopefully, the stall will have a lot more local customers to go along with their special visits by pop culture characters too!

Also read: These 7 Friends Bought a RM2.4 Mil House On Their 10th Anniversary So They Can Retire Together 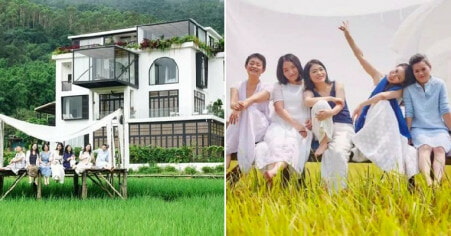