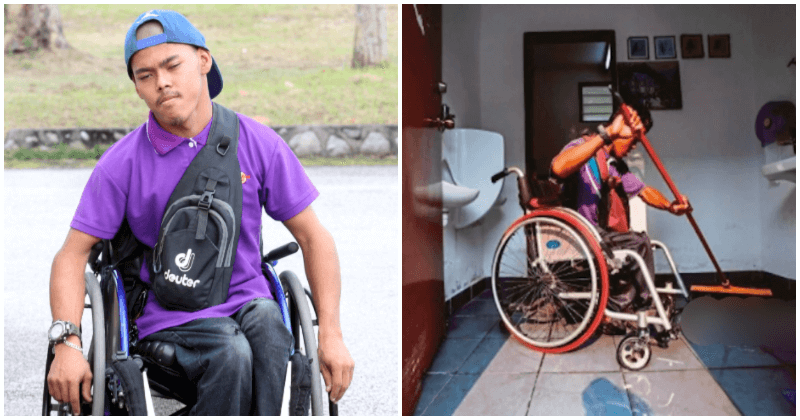 This is a story as to why we should truly be thankful and appreciate the lives we have even when we’re having a bad day or facing a tall hurdle, because there’s always someone out there who has it harder than most.

Like 22-year-old Muhammad Helmi Firdaus Abdul Halid, who at his young age had to become the breadwinner of the family. On top of that, he’s also wheelchair-bound due to the fact that he has Hydrocephalus, a condition which causes the buildup of fluids in the cavities deep within the brain. 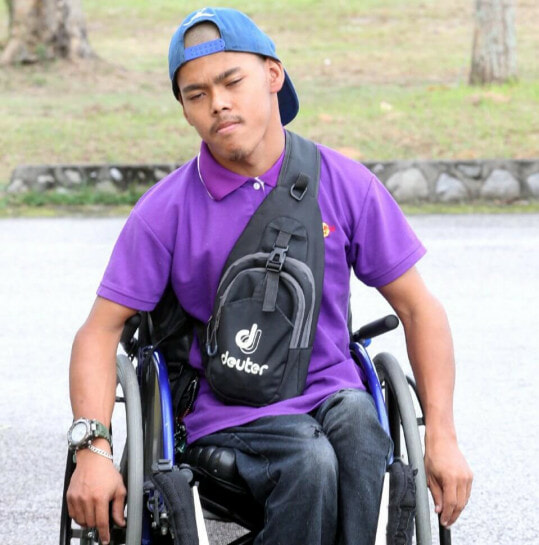 Muhammad Helmi works on a contract basis as the caretaker and cleaner of the public toilet in Puchong Perdana. He leaves the house as early as 5 in the morning, pushing his wheelchair a good 4km to the Bandar Kinrara LRT station.

“I pick up tin cans and scrap metal that can be sold, on my way to and from work,” he told MyMetro.

He’s normally at work at around 7:30am and would end at about 6pm, though on some days it gets more tiring than others, in which case he would just spend the night in the storeroom across from the public toilet.

On top of his already difficult daily life, he’s also been robbed and beaten up by cruel and inhumane people who assumed that he had money in his tool bag that he carries every day.

“I used to leave my house as early as 4am, but after I had gotten robbed and beaten up, I no longer dare to go out that early. Because of that incident, my wheelchair was damaged and I had to use my savings in order to buy a new one,” he added. 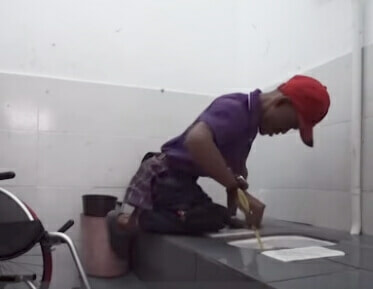 He earns about RM600 to RM850 a month if he manages to pick up more tin cans and scrap metal, and he hands over all that money to his mother for the daily necessities of his family.

“Even though we also receive RM400 a month from the Social Welfare Department, it is not enough. Sometimes, I would eat one meal a day. When my pocket is empty, I’ll just drink water.”

Muhammad Helmi’s mother used to help out by selling kuih but due to multiple complications with her heart and kidneys, she was forced to stop. Helmi’s brother on the other hand has autism and cannot work. Due to his family’s condition, he pushes himself even harder to earn as much as he can.

“Since my mother was diagnosed with diseases to her heart and kidneys early this year and requires monthly treatments at the hospital, I have to work harder,” said Helmi. 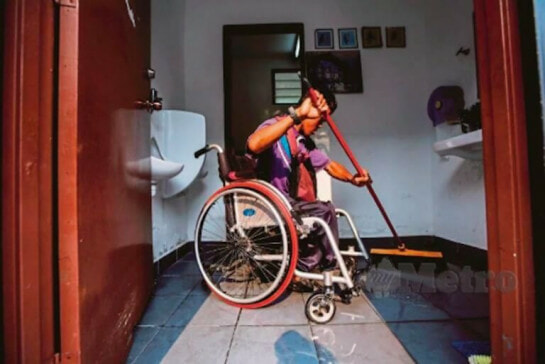 MyMetro also approached his mother, and she told them that Helmi is tough and has never complained even though he is forced to work hard to maintain an income for the family.

“Helmi is a stubborn child. If he wants to make a living to help the family, he will do so no matter what challenges he faces. He doesn’t hope for sympathy from the general public to put food on the table for the family. Even when he was robbed and disturbed, he did not tell me because he didn’t want me to worry,” said the single mother.

Muhammad Helmi is truly an inspiration to all of us, especially considering the difficulties he has to face with the disabilities he has. We truly do not have any reason to complain about our lives.

We should be grateful for the lives we are given.

Also read: Meet Takalah Tan, The Man With Only Half a Brain But The Determination Of Two Men 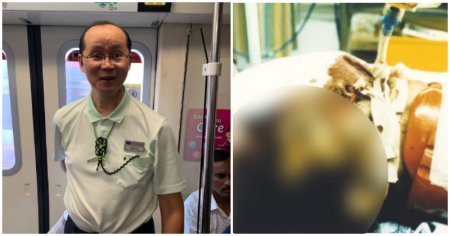